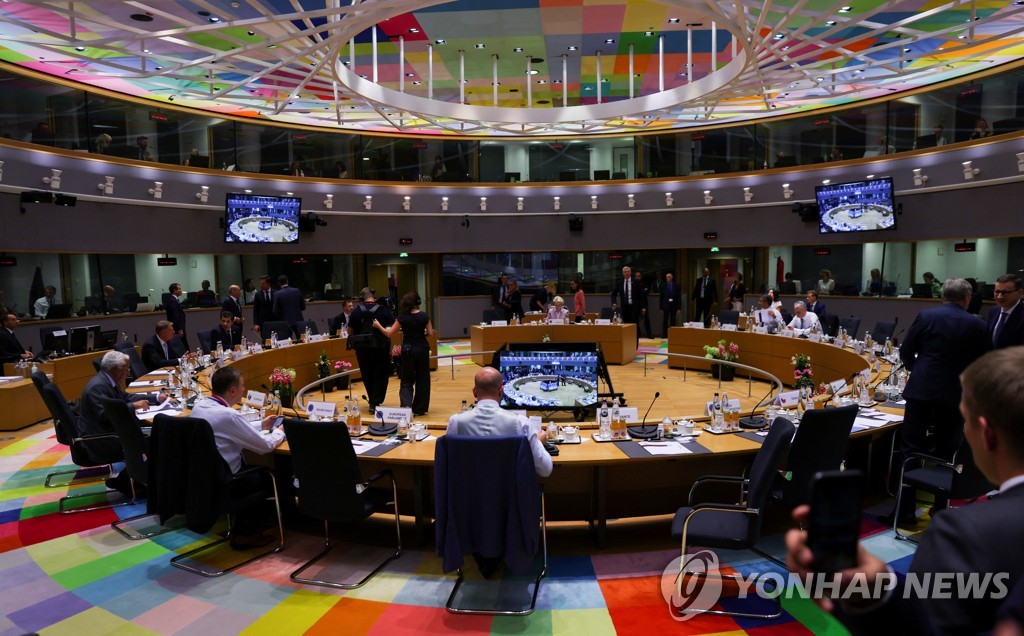 It may take years or even decades to obtain full membership status.

(Brussels = Yonhap News) Correspondent Kim Jong-un = Leaders of the European Union (EU) member states reached an agreement on the 23rd (local time) to grant Ukraine the status of a candidate for membership in the EU.

Charles Michel, president of the EU summit, tweeted on the same day that the heads of 27 member states had decided on the status of EU membership candidates for Ukraine and Moldova at the summit held in Brussels, Belgium on the same day.

President Michel congratulated Ukraine and Moldova, saying, “Today is an important step in your path to the EU” and congratulated the peoples and leaders of both countries.

Ukrainian President Volodymyr Zelensky tweeted shortly after the news came out, saying it was a “very special and historic moment” and that “Ukraine’s future lies in the EU”.

Reuters reported that it was a bold geopolitical move sparked by the Russian invasion of Ukraine.

However, there are speculations that it may take years or decades for Ukraine to become a formal member state. Right now, some member states are showing a lukewarm attitude toward Ukraine’s status as a candidate, the AFP news agency reported.

Accordingly, this decision is regarded as a symbolic measure to send a message of solidarity to Ukraine.

The move comes after Ukraine’s President Volodymyr Zelensky, who had been invaded by Russia, officially requested the country to join the EU on February 28. After that, Georgia and Moldova, which were part of the former Soviet Union, applied for EU membership one after another.

In order to join the EU, it is necessary to go through the following steps: application, obtaining status as an official candidate for membership, conducting formal accession negotiations, and approval.

The European Commission recommended on the 17th that member states give Ukraine and Moldova candidate EU accession status.

The EU member states made this decision after evaluating the opinion of the executive.

Now Ukraine will be tested whether it is willing and able to accept and implement EU law, and it must implement reform measures in line with the standards required for accession in the judicial, administrative and economic sectors.

In the case of Ukraine, the Associated Press reported that the government will have to take reform measures, including restrictions on corruption.

Croatia, the last member of the EU to join the EU in 2013, was able to become a member after 10 years of application.

Turkey, Montenegro, Serbia, Albania, and North Macedonia have been negotiating accession for several to ten years.

Concerns exist within EU member states over how EU unity will be maintained in relation to the expansion of member states, Reuters reported.