First-birth party company, discontinued business for the 4th month… 26 places closed in January
Even with business ban, small business owners cannot support or lend
“Is it a sin to make a living?”

On the 5th, a first-birth party company in Gyeonggi-do was unable to operate due to the government’s ban on groups of 5 or more people. Photo = Kim Soo-hyun, reporter Hankyung.com

“Marriage is postponed… Can I postpone the first stone.”
“The buffet would be packaged or delivered, but there is really no way…”

This is a tearful complaint from the first-birthday party companies with sales of ‘0 won’ for more than three months from the end of December last year.

Since the 15th of last month, the government lowered the social distancing stage to the second stage in the metropolitan area and 1.5 stages in the non-metropolitan area, respectively, allowing the operation of entertainment establishments across the country, such as clubs and room salons, which had been banned so far. The circumstances of the first-birth party company are different. This is because, while maintaining the ban on gatherings of 5 or more people, exceptions were made only to weddings and funerals as an eventable business.

The social distancing stage of such content has been extended until the 14th.

First-birth party companies also have a large business. Due to its nature, it operates on a basic scale of 500~1000 pyeong. Considering the enormous rent, labor, and maintenance costs, it loses tens of millions of won each month. As business difficulties intensified, 26 first-birthday companies nationwide closed their business in January alone.

At the site, “I’m paying only rent for 4 months. What should I do?” “Is the punishment for quietly obeying the quarantine guidelines closed?”

Mr. Kim, 46, who has been running a first-birth party company in Jeolla-do for four years, recently received proof of the contents of the name lawsuit for arrears in rent.

The first birthday party was literally placed in a’blind spot’. Although there was no sales due to the ban on gatherings of 5 or more people, it was also excluded from support for damages from Corona 19 (new coronavirus infection) such as “support fund”. Regardless of the increase or decrease in sales, the support fund paid in the last 3rd disaster support fund was only provided to small business owners who were’less than 5 workers’.

Mr. Kim cried, “The first-birthday party business has a large space and a large number of service workers, so most of them are operated by more than 5 people. As a result of the government’s policy, from December last year to now, the business cannot be operated at all. Was.

He said he was also involved in a penalty dispute. The situation is different from wedding companies, which are often recognized as similar industries. Weddings are postponed depending on the situation, but the first birthday is difficult to adjust, and the first birthday party itself is often canceled rather than postponed.

On the 5th, a first-birth party company in Gyeonggi-do was unable to operate due to the government’s ban on groups of 5 or more people. Photo = Kim Soo-hyun, reporter Hankyung.com

Mr. Kim said, “It is possible to postpone the wedding ceremony, but the first birthday party cannot be delayed to the second birthday.” I confessed.

He said, “I’m thinking about delivering food just to sell it, but considering the labor cost, it’s more negative than it is now,” he said. “Unlike a buffet with food every day, we only use people on weekends. Who will be looking for us? .

Han Mo, 45, who has been running a first-birthday party company in Gyeonggi-do for 10 years, has also been pushed down for four months. He said, “The rent pressure is so severe. I thought I would fold it, but I can’t even dispose of it because there is a rental period.”

Mr. Han said, “Because the situation is desperate, I was so frustrated that I was told to use the venue as a wedding hall, but I think it is reckless to compete with a large wedding hall.” I can’t get it. I really don’t know what to do.”

He explained, “I completely canceled all events from December of last year, but all I have received from the government so far is 1 million won. I cannot receive tax credits because I cannot be included as a small business owner, and there are many restrictions on applying for a loan,” he explained.

In February, a first-birthday party company in Seoul closed its stores due to management difficulties caused by the government’s ban on groups of five or more people, and then organized construction. Photo = Kim Soo-hyun, reporter Hankyung.com

Mr. Han is also experiencing a consumer dispute over the penalty fee. He said, “There are only 20-30 cases of consumer disputes related to penalty fees that have entered the Fair Trade Commission. Even though sales are zero, I don’t know what to do if I ask you to pay both the down payment and the penalty,” he said. I did it, but there seems to be no real support plan,” he added.

Mr. Han said, “I’m asking you to allow me to do business only. I can’t work anymore with the employees I’ve worked with for several years.”

Choi Mo (48), who said that both of the two first-birthday companies operated in Ulsan at the end of December last year were closed because they could not withstand the management difficulties. “The closure was not easy. Because it was a catering business, the cost of restoring to its original state reached 100 million won.” There was no answer, and I closed the door while losing close to 1 billion.”

Mr. Choi said, “I paid 200 million won in advance, but I was deducted every month. By the time the Myeongdo lawsuit came out, I agreed to go out with the building owner,” said Choi. “I refunded both the penalty and the down payment to the customer. We returned a total of 30 million won and closed the business.” He told the situation at the time.

He said, “Our company is classified as a small business because there are many part-time jobs, so I was able to get a loan of 70 million won for a small business, but as soon as I closed the business, the bank immediately contacted me to pay off the loan in a lump sum,” he said.

He then sighed, “In fact, it was closed after following the government’s quarantine guidelines, but when I looked for compensation and support for it, there was no such thing. It was really complicated,” he sighed.

In February, a first-birthday party company in Seoul closed its stores due to management difficulties caused by the government’s ban on groups of five or more people, and was then reorganized. Photo = Kim Soo-hyun, reporter Hankyung.com

It means that self-employed people are suffering from the damage caused by the government’s quarantine guidelines. It is classified as a business restricted business, not a collective prohibited business, so even subsidies are not received properly.

Choi said, “Up to now, we have received a total of 3.5 million won as a government subsidy. Those who are banned from business have received 6 million won, but we are classified as a business ban due to restrictions on behavior.” Where on earth is the guarantee of private property rights in,” he cried out.

“The first birthday party in this city?” Another hurt by criticism… “Twenty thousand people lived”

There were not a few cases of confronting perceptions such as “What kind of first birthday party is this time?” “Why do you compare it to the wedding ceremony?” However, in that it took a living, not only buffets with similar characteristics but also entertainment establishments are all reopened.

Kim Chang-hee, CEO of the First Birthday Party Specialty Store Association, said, “At this point, we ask why the first birthday party should be open. Then, we have to ask why Zumba dance, gym, buffet, and entertainment bar released business.” Isn’t it because there are people who are working for a living? There are a total of 20,000 livelihoods in the first-birth party industry, including business partners,” he stressed.

Han said, “When we spoke out, we were told to do the first birthday party at home. Being in the country means that there are people who need it, but there are so many people who continue their work with affection…” He sobbed, “I really like this job and I’ve been keeping it for 15 years. Just let me do what I want to do.”

Choi, who organized a business in Ulsan, said, “Actually, weddings, first-birth parties, and customers are similar to family and relatives. I couldn’t endure it, so I made a voice, but it’s really unfortunate.” No matter how much I complain about, there is no answer, but now I have no place to borrow money. Please save me.”

In February, a first-birthday party company in Seoul closed its stores due to management difficulties caused by the government’s ban on groups of five or more people, and then organized construction. Photo = Kim Soo-hyun, reporter Hankyung.com

CEO Kim Chang-hee said, “When we released the last night’s entertainment bar business, we said several times,’It’s really a majino line. All of these guys are ruined.’ But the public officials just said they weren’t responsible. The problem is widening up to,” he stressed.

The heavy water company admitted that there was a lack of understanding of the first-birth party companies until the problem was revealed, and said, “We will reflect the difficulties of the industry in the quarantine regulations.”

An official from Jungsubon said, “We have been discussing since last year, and we have not been able to accurately recognize the characteristics of the company. “After coordinating the quarantine regulations, we are preparing to release the business by preparing an agreement.”

Regarding the compensation plan for the penalty dispute, bankruptcy, etc., he explained, “It is difficult to tell. I heard that it is a process that is being discussed mainly by the Ministry of Economy,” and “I heard that the part about the 4th subsidy and damage support is considering the part of the first-birth party industry.” did.

Regarding the fact that it is actually a prohibited business, but was classified as a business restricted, only the answer was “You have to worry”. Did anyone actually enjoy this movie??? #tiktok #trend #littlerascals #lovers #… 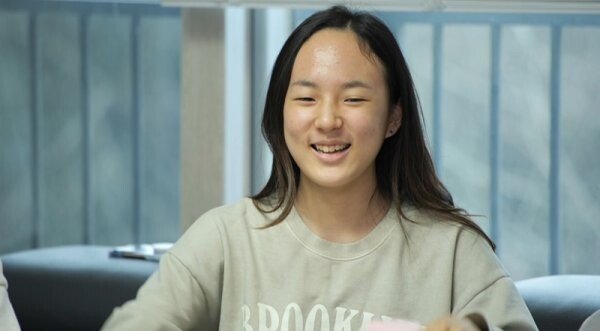 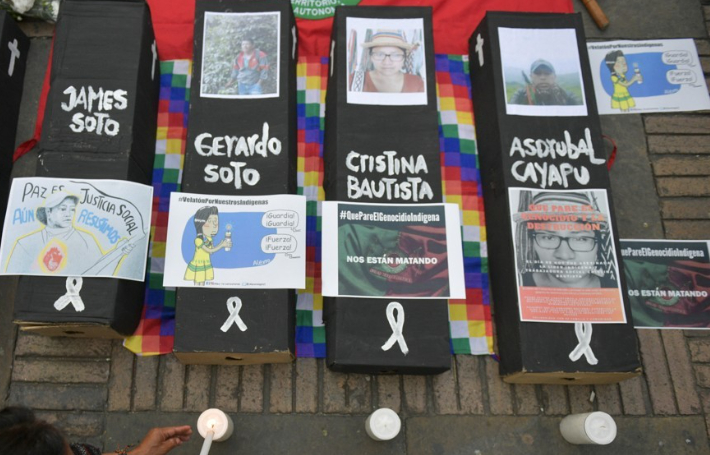 yunhap newsA teenage environmentalist was murdered in Colombia, where attacks on environmental and human rights activists continue. According to the AFP news agency on the