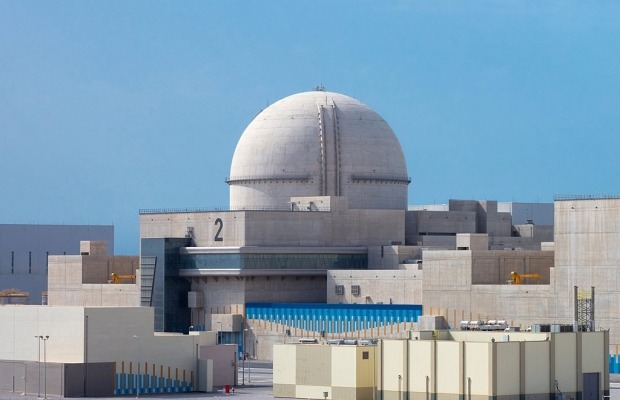 One variable is that Saudi Arabia is refusing to inspect nuclear weapons by the International Atomic Energy Agency (IAEA) on the grounds that it will contain Iran’s nuclear development, and that the United States may put a brake on South Korea’s participation in the Saudi nuclear power plant project. According to Article 123 of the Atomic Energy Act of the United States, a country receiving nuclear technology from the United States must obtain prior consent from the United States government and Congress for uranium enrichment. APR1400, a Korean export model, was developed by introducing US source technology, so Article 123 of the US Atomic Energy Act applies when exporting. As a result, there are observations that the ‘Korea-US nuclear power alliance’, which was recently held at the Korea-US summit, has been put to the test.

○The construction ability is the best…

Saudi Arabia, the world’s largest oil producer, is accelerating the construction of nuclear power plants after confirming the success of the Barakah nuclear power plant in the United Arab Emirates (UAE) built by South Korea. Nuclear power has emerged as a means to achieve both carbon neutrality and energy security.

Read Also  TISCO Securities pointed out that Thai stocks are at risk of correction. Suggested as a buying opportunity for the economic recovery

Korea developed the ‘Korean-style nuclear reactor (APR1400)’ by purchasing the original technology from Combustion Engineering (merged with Westinghouse) in the US. Around 2012, the APR1400 succeeded in becoming technologically independent by securing additional technologies such as reactor cooling pumps. It is now possible to build nuclear power plants independently without assistance from the United States. In addition, Korea is rated as the best in the world in terms of parts and construction capabilities. Korea built the Baraka nuclear power plant at about 4 to 5 trillion won per unit, but the US and France cost twice as much to build nuclear power plants than Korea.

Despite Korea’s nuclear power competitiveness, it is too optimistic for Saudi Arabia to win nuclear power plant orders. This is because APR1400 uses US source technology, so Article 123 of the US Atomic Energy Act applies when exporting. According to this law, there are great restrictions for Korea to independently promote exports to countries that the US has blocked export of nuclear power plants. Another variable is Saudi Arabia’s reluctance to conduct inspections by the International Atomic Energy Agency (IAEA), conscious of Iran. Saudi Arabia is not yet a signatory to the IAEA Additional Protocol, which mandates inspections of undeclared nuclear facilities through an agreement with more than 130 countries. Saudi Arabia’s intention is to set fire to Iran if it goes nuclear. A KHNP official said, “If the United States does not take measures to ease restrictions on Article 123 of the Atomic Energy Act, South Korea will also be unable to export nuclear power plants to Saudi Arabia.”

The South Korean government is looking forward to the fact that South Korea and the US agreed to jointly respond to a nuclear power plant order, triggered by the recent visit of US President Joe Biden and the Korea-US summit as an opportunity. The view of the nuclear power plant industry is that the best scenario is for South Korea to win the Saudi nuclear power plant construction project with the cooperation of the US and to share the profits by allowing US nuclear companies such as Westinghouse to supply key parts. In the case of the UAE Barakah nuclear power plant, which Korea won an order for in 2009, it is known that American companies share 5-10% of the total order amount.

If Korea succeeds in winning the Saudi nuclear power plant order through cooperation with the United States, it can gain an edge in the nuclear power plant export market in the future. Considering that Russia, a competitor, lost the trust of the international community due to the invasion of Ukraine, and France is known to require at least 10 trillion won to build one nuclear power plant, it is evaluated that Korea is ahead in price competitiveness.

We were afraid to do both, but later we felt that we also have an obligation to the society: Vishnu Unnikrishnan
Posted onJuly 6, 2022July 6, 2022
Menu