Red Bull Honda F1 introduced a major upgrade package to the 3rd round F1 Portuguese GP without loosening the reins even in the development war.

Red Bull Honda F1 took pole position and victory to Mercedes in Portugal, but at the technical level, the RB16B seems to be working well on any circuit with little downforce loss due to regulation changes. ..

The focus of Red Bull Honda F1 development is on the pursuit of gain on the floor and diffuser, and the introduction of upgrades in Round 3 is different from previous seasons, with wind tunnel and CFD data matching. It suggests that.

The new package, which debuted at the F1 Portuguese Grand Prix, has improved the trendy “Z-shaped” floor. The Z-shaped floor allows for parallel edges with bodywork, recreating the air vortices forming an air barrier that seals the air underneath the machine. 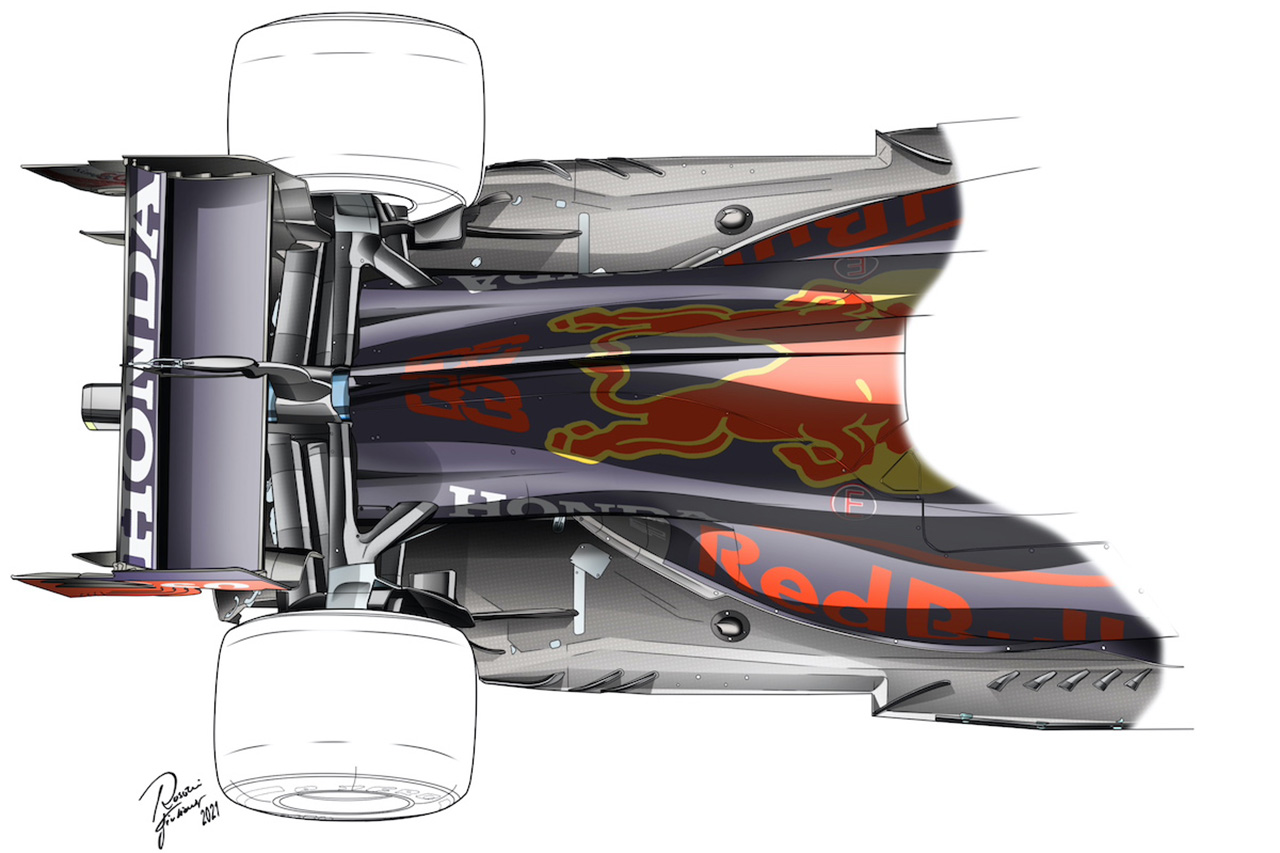 CFD data were properly analyzed by engineers over a two-week interval period, various airflow deviations were slightly corrected, and the aerodynamic shape was improved. It was revealed by more aerodynamic updates on the floor and barge boards.

The new barge board has some changes in the central blow hole and the area of ​​a single vertical element with an “S-shaped” bottom. The parallel horizontal elements adopted a solution similar to McLaren, with the lower region modified. On the other hand, the floor has changed in the narrowing area, with the vertical spoiler extended and directly connected to the central vortex generator.

The barge board works in harmony with the new floor and is designed to direct the air flow to reduce downforce loss.

The efficiency of the diffuser is also improved by the amount of air passing through the top, thereby improving its transfer capacity. In the Red Bull Honda RB16B, the rear suspension has been significantly changed, the engine cover is raised above the wishbones of the rear suspension, and the lower part is tapered as much as possible.

In fact, the drawings show that the cork bottle area is very narrow in the area surrounding the gearbox, forming a large channel for the passage of air. The front brake duct is also new, and the shape of the internal split channel that distributes the air inside the carbon disc has been slightly changed. 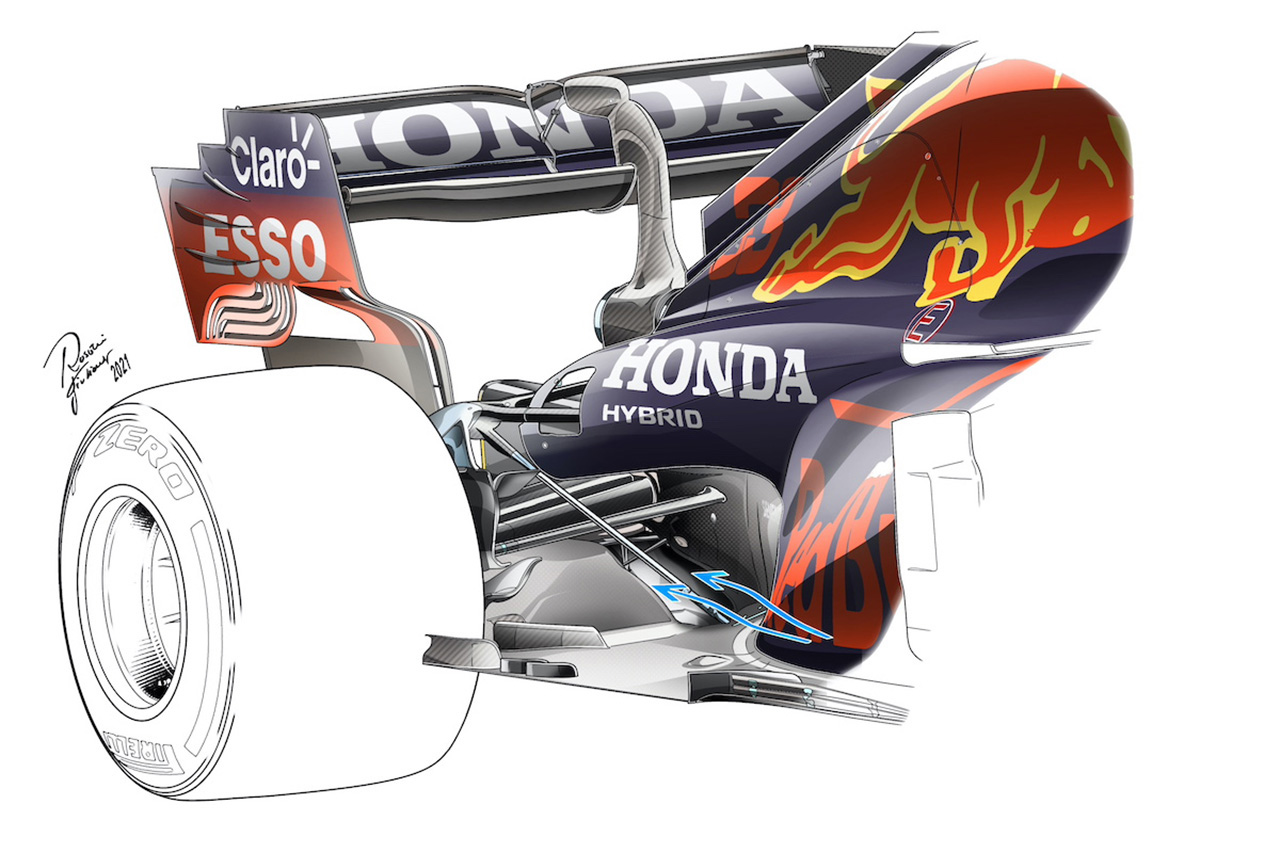 Pesticides are so terrible? Is zero detection imperative?Food...

The vaccine we are right for, how...

October 4, 2020
We use cookies on our website to give you the most relevant experience by remembering your preferences and repeat visits. By clicking “Accept All”, you consent to the use of ALL the cookies. However, you may visit "Cookie Settings" to provide a controlled consent.
Cookie SettingsAccept All
Manage consent