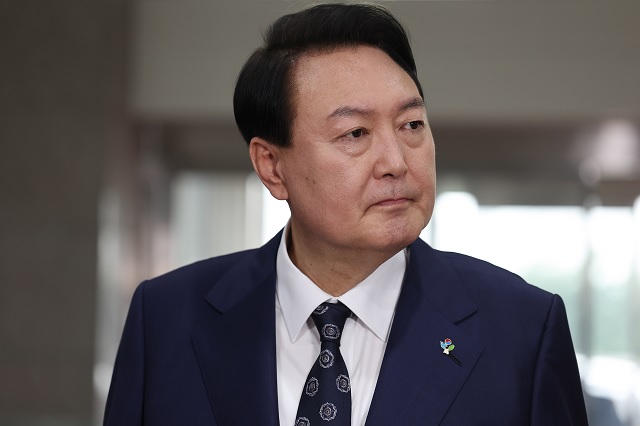 Following the murder of a public official in the West Sea, President Yoon Seok-yeol is expected to start investigating the truth about the ‘forced repatriation’ of North Korean defectors.

On the morning of the 21st, on the way to the presidential office in Yongsan, Seoul, President Yoon mentioned that the voices calling for the truth of the ‘forced repatriation’ incident in 2019 from the ruling party grew louder, “Originally, the people have raised a lot of issues.”

When asked if there is a plan to look into the government at the level, President Yoon said, “It is under review.” “If you enter the country, you are considered a Korean citizen according to our constitution. “he recalled.

President Yoon added, “(The authorities) seem to be taking a look.”

The North Korean defector sailor repatriation case is a case in which the Moon Jae-in government forcibly repatriated two North Korean fishermen to North Korea on the grounds of the murder of a colleague even though they had expressed their intention to defect in 2019.

At the time, the Moon Jae-in government said that they had fled North Korea after killing 16 fellow crew members, including the captain, and forcibly repatriated the two crew members through Panmunjom five days after they were captured.

President Yoon also drew a line, saying, “It is not a simple matter” in relation to the murder of a public official in the West Sea, when the Democratic Party insists on the disclosure of SI (special handling information) by the military authorities.