The situation of the coviral-19 outbreak today (30 Oct. July 64) Chiang Mai province found 2 more deaths, the first of which is a 38-year-old Thai man with congenital disease, diabetes and kidney failure. The infection is unclear. And never vaccinated against COVID-19 on October 20, started having symptoms of fever, coughing, on October 24, very tired, swollen limbs, unconscious. Relatives were taken to the emergency room at Nakornping Hospital. Doctors intubated and resuscitated. Detected infected with COVID-19 Then sent to continue treatment in the ICU, negative pressure, symptoms did not improve. continually providing supportive treatment Until October 28, he died.

The other was an unspecified woman aged 50 years with a congenital disease, namely high blood pressure. hyperlipidemia and cerebrovascular disease Risk factors for infection are unclear and have never been vaccinated against COVID-19 before. On October 12, he started showing symptoms of fever, coughing and tiredness. On October 13, he tested positive for COVID-19. He was admitted to the community hospital on October 24. He became more tired and let down, so he had to intubate. and sent to Nakornping Hospital for treatment on October 29 with a duplicate bacterial infection. low blood pressure arrhythmia and died The total number of deaths in Chiang Mai was 57.

As for the situation in Chiang Mai province, there are 394 new cases, 6 of which come from the provinces, 3 from Bangkok, 2 from Bangkok and 1 in Chainat. The remaining 388 cases are in the province. Divided into family infections and 115 contacts with previous cases, the outbreak is still found in many families. distributed in many districts Another 58 cases are under investigation from the original cluster, 141 cases are under control, of which 141 cases were found during quarantine, such as Muang Mai Market 25, Chiang Mai Gate Market 18 cases, Village No. 7, Hang Dong Subdistrict, Hot District, 16 cases. , San Pa Khoi Market 10 persons, Yan Chang Khlan Community 9 persons, Moo 8 Tambon Hang Dong District 9 persons, Village No. 5 Tambon Bong Tan, Doi Tao District 8 persons, Chiang Mai Rim Doi Company Mueang Chiang Mai District 5 cases, Lanna Polytechnic College 4 cases, Grace International School 4 cases and in many places 1-3 additional cases were found.

for the market cluster In the same market segment, more cases were found during quarantine. and follow up on more people who touch the house Other markets Those who are still found infected include Yang Noeng Market, Thiphanet Market, Sam Yaek Market, and many new ones are also found, including Ban Tho Market, Charoen Charoen Market, Macamrong Market, Pa Bong Market, one per person. History of using the service and is a merchant in some markets During this period, visitors are asked to use the services in various markets. Wear a mask at all times and wash your hands often. The cluster of foreign workers There are still many clusters. Most of them are touchers in the home and in the community.

The outbreak in the community Newly found at the wedding at Ban Pong Sayan, Mae Chaem District – Ban Khun Mae Ruam Kalayaniwattana District which is an adjacent area Attending a wedding of the Pakakayor tribe having the same drink and found that people from Li District, Lamphun Province also attended the event. It is in the process of investigating the clear disease again. 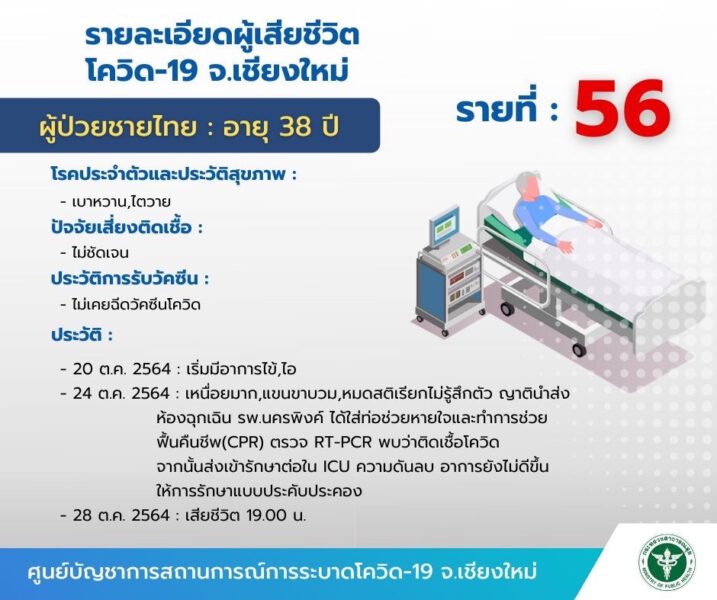 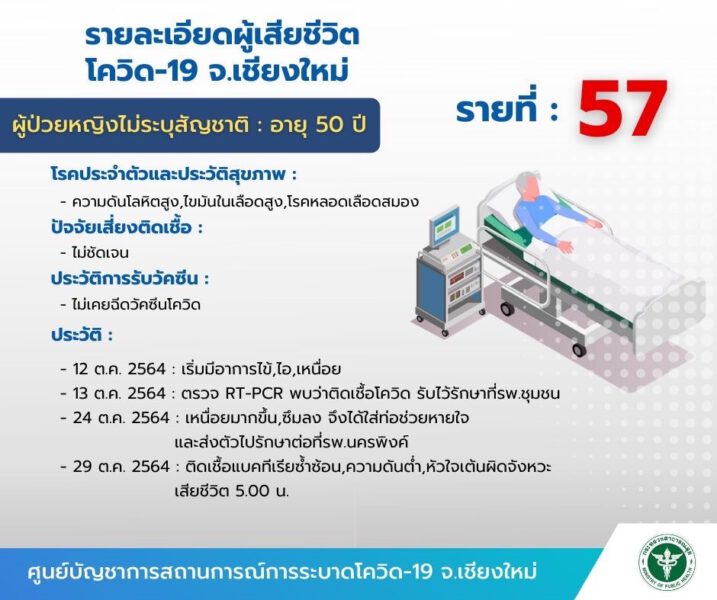 An umbrella can provide shade, but the...