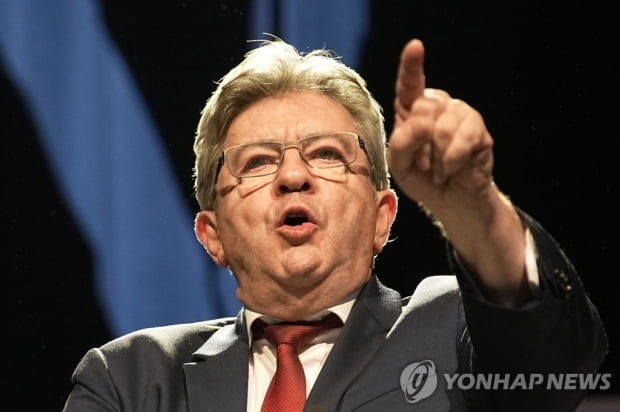 There is interest in whether the left-leaning coalition ‘Nup’, which took off as the first opposition party in the French general election, will be able to avoid the path of division and maintain a united rank.

The NUP was made up of the Unsuccessful France (LFI), the Green Party (EELV), the Communist Party of France (PCF), and the Socialist Party (PS).

The left-wing parties, which had been chaotic, joined hands for the first time in 25 years and succeeded in the general election.

Representative Melanchon ran for the presidential election two months ago and was defeated in third place, but after winning more than expected, he led the left-wing coalition this time and caused a second storm.

Even immediately after the election, Macron’s centrist party was expected to secure a stable majority, but the rise of the left-wing coalition caused a tectonic change.

On the 20th, the day after the election, President Melanchon took a step forward and proposed the unification of the four parties in ‘Nup’.

It is to firmly establish itself as the sole opposition party.

Currently, ‘Nup’ is a coalition of several parties, while the far-right National Coalition (NR) is a third party but a single party.

However, the parties within ‘Nup’ immediately took a negative stance.

The Socialist Party said, “The left is plural (not singular) and shows the diversity of the parliament,” and the Greens and the Communist Party also opposed it.

In addition, it is uncertain whether the current alliance can be maintained as we move into specific issues in the future.

Although they were united as ‘anti Macron’, each party has a very large difference in positions on big issues such as the European Union (EU) and nuclear energy.

“There are people in the Greens and Socialists who are willing to work with Macron,” Martin Cuansez, a researcher at the German Marshall Fund, told AFP.

A supporter of ‘Nup’ said that it plans to hold a vote of no confidence in the government on July 5.

However, earlier, the Socialist Party drew a line that the plan to remove Prime Minister Elisabeth Born was not a common position of the Left Coalition.

On the other hand, there is a forecast that the left-wing coalition itself may not be broken because of the need to check the National Coalition, which won 89 seats in the parliament.

The Left Alliance agreed to form a mediation group to reconcile internal conflicts and promote unity.