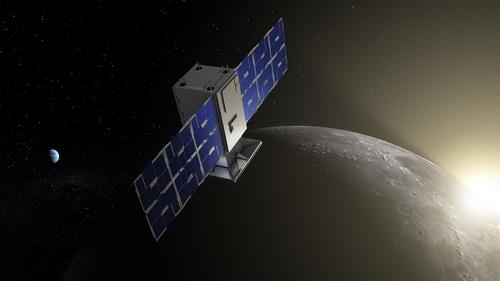 Communication cut off after ascending orbit to the moon, efforts are being made to restore communication

(Seoul = Yonhap News) Reporter Nam-seok Eom = A satellite launched by the United States to test the oval-shaped orbit of a space station to be built around the moon lost communication and disappeared into the dark in the process of heading to the moon.

As the lunar space station Gateway was conceived as an outpost for astronauts to and from the moon in the ‘Artemis program’, the US plan to return to the moon, an important axis of the lunar return plan was set off from the start. it became

The National Aeronautics and Space Administration (NASA) announced on the 5th (local time) that communication was cut off shortly after the CAPSTONE satellite left low-Earth orbit and entered orbit toward the moon.

This satellite was launched on the night of the 28th at the 1st launch site in New Zealand’s Mahia Peninsula, aboard Rocket Lab’s Electron rocket. It was preparing to go into orbit to the moon.

Capstone, a cubesat the size of a microwave and weighing 25 kg, was successfully dismounted immediately after Photon’s engine last operated on the 4th and was put into orbit to the moon.

However, since then, communication with NASA’s ‘Deep Space Network’ (DSN) has been cut off.

NASA said it had detailed data on the flight trajectory until Capstone’s last communication, and said efforts were being made to restore communication.

“The capstone has enough fuel to delay the initial flight orbital maneuver for several days (after separation from the photon),” he added.

It is interpreted that the possibility of putting the capstone into lunar orbit remains if communication is restored.

Capstone, which combines the English acronyms of ‘Earth-Moon Autonomous Positioning System Technology Operation and Navigation Experiment’, will arrive around the moon on November 13th, about 4 months later, according to plan, and the gateway will orbit and test flight for 6 months. was going to do

Named ‘Near-Linear Halo Orbit’ (NRHO), this orbit draws an elongated oval perpendicular to the Earth-Moon orbital plane, with the Moon’s North Pole at about 1,600 km and the South Pole at 69,600 km. keep your distance This orbit was chosen because it has the advantage of maintaining a stable flight by balancing the gravity of the Earth and the Moon, minimizing fuel consumption, and being in a position where communication with the Earth is possible at all times.

Capstone also planned to showcase the ‘Moon-Earth Autonomous Positioning System’ technology, which is paired with a lunar reconnaissance ship (LRO), which has been performing missions in lunar orbit for 13 years, and measures the distance to each other to determine the position.

Capstone is designed and operated by an American private company ‘Advanced Space’ under a $20 million (26.1 billion won) contract with NASA.