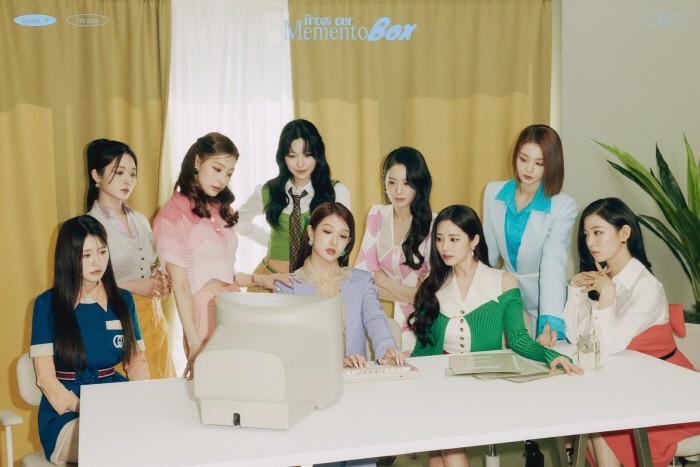 The group Fromis 9 has had a setback in their comeback due to a car accident.

On the 26th, Pledis Entertainment announced through an official position that Fromis 9 will flexibly adjust their comeback activities due to a recent car accident.

According to the contents of Fromis 9, Song Ha-young, Park Ji-won, Lee Seo-yeon, Lee Chae-young, and Baek Ji-heon were involved in a car accident on the 25th. Diagnosed.

As a result, media and fan showcase schedules scheduled for the 27th, as well as future schedules, are said to have no choice but to be developed flexibly.

Pledis Entertainment plans to release the mini-album vol.5 ‘from our Memento Box’ on the 27th, the original scheduled date, and set the direction of activities according to the artist’s recovery speed.

This is Pledis Entertainment.

We will inform you about the health status and future schedules of fromis9 members.

On 6/25 (Sat), fromis 9 members Ha-young Song, Ji-won Park, Seo-yeon Lee, Chae-young Lee, and Ji-heon Baek were in a car in which they were in a car accident. Fortunately, neither the members nor the members on board were seriously injured, and they were quickly taken to the emergency room for diagnosis and treatment.

As a result of more detailed examination and treatment on 6/26 (Sunday), it was diagnosed that none of the members had fractures, but periodic treatment was required due to muscle pain and bruises. In addition, in the case of the five members, we received a medical opinion that it would be unreasonable to digest the 6/27 (Mon) comeback schedule right away, as we have to watch the recovery situation for the next few days.

Therefore, on 6/27 (Mon), fromis 9’s 5th mini album ‘from our Memento Box’ will be released as scheduled, but it is difficult to hold an online/offline media showcase and fan showcase to commemorate the release. We ask for your understanding from the media and fans.

We will respect the opinions of the medical staff and plan to operate future activities with the artist’s health recovery as the top priority. Therefore, we would like to inform you that the members Song Ha-young, Park Ji-won, Lee Seo-yeon, Lee Chae-young, and Baek Ji-heon may flexibly participate in future schedules or have difficulty in choreography depending on their recovery situation.

We will do our best to treat and recover so that these 5 members can meet their fans in good health as soon as possible.