The famous American scholar Francis Fukuyama is the author of the book “The End of History and the Last Man”. He first published articles when the Iron Curtain collapsed in 1989, and then published this very famous book. Over the past ten years, the voices of debates on his theoretical controversy have been heard endlessly.

At that time, Fukuyama believed that with the end of the Cold War and the global wave of democratization, “liberal democracy” and capitalism will become the mainstream, which is the victory of the “capital camp.” To put it bluntly is the victory of the United States. But with the continuous rise of China, whether this view can still stand up is greatly questioned. In the Trump era in 2017, the new crown epidemic in 2020, and the recent incident in Afghanistan, the problems arising from the American electoral system make people cannot help asking. Fukuyama once pointed out the victory of the West and democracy in 1989. 32 years later, the world Now it looks more like a nightmare in many areas. Fukuyama published an article in the British “The Economist” magazine.

Following the Taliban’s occupation of Kabul, Fukuyama published an article in the British “The Economist” magazine. He no longer believes that the American system is the end of history, but believes that the Afghan incident is a major turning point in world history, and that the end of the American era has come early. And this decline is mainly caused by internal reasons in the United States. He called on the United States to abandon its delusion of hegemony, resolve internal issues first, and respond to the threats from China and Russia. The following is the full text of Fukuyama’s article:

The US-backed Afghan regime collapsed this week, and desperate Afghans tried their best to flee Kabul. As the United States drifts away from the world, this horrible picture of Afghanistan shows that a major turning point has occurred in the history of the world. The truth reflected in this incident is that the end of the American era has come early. The long-term factors leading to the weakness and decline of the United States are more domestic than foreign. The United States will still maintain its status as a major power in the next few years, but how much influence it has depends on its ability to solve internal problems, not on the foreign policy it implements.

From the fall of the Berlin Wall in 1989 to the outbreak of the financial crisis in 2007-09, American hegemony has been dominated for less than 20 years. At that time, the United States had advantages in many fields of power such as military, economics, politics, and culture. Its most arrogant moment occurred when the United States invaded Iraq in 2003, when it not only wanted to transform Afghanistan (the United States invaded Afghanistan first in 2001) and Iraq, but also wanted to transform the entire Middle East.

Just as it underestimated the influence of its own free market economic model on global finance, it also overestimated the influence of military power on politics, believing that force alone can trigger major political changes. After ten years, the U.S. military was stuck in two guerrilla wars and couldn’t extricate itself. The globalization movement led by the United States has caused serious inequality, and an international financial crisis has made this inequality worse. 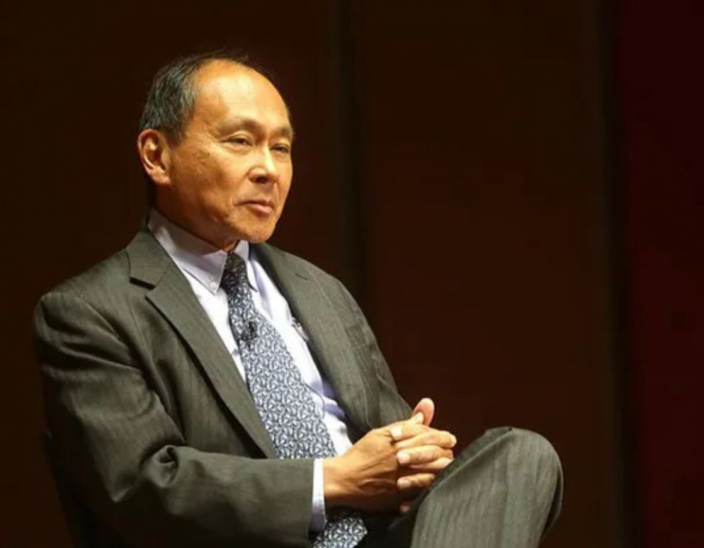 The degree of unipolarization during this period is relatively rare in history. Since then, the entire world has gradually returned to a more normal state of multipolarization. China, Russia, India, Europe and other power centers have taken some power from the United States. . Afghanistan may not have much influence on geopolitics in the end. The United States withdrew from Vietnam in 1975. This early humiliating failure did not crush the United States. It quickly returned to its peak ten years later and is now working with Vietnam to curb China’s expansionism. The United States still possesses economic and cultural advantages that many other countries do not possess.

The biggest threat to America’s global status is its domestic situation: American society is showing serious polarization, and it is difficult to reach consensus on almost all issues. This polarization started with traditional policy issues such as taxation and abortion, but has since evolved into a fierce struggle over cultural identity. People who think they are marginalized by elite groups demand recognition. I decided 30 years ago that this is an Achilles heel of modern democracy. Under normal circumstances, a serious external threat, such as a global epidemic, should become an opportunity to unite the people to fight together. However, the new crown pneumonia crisis has deepened the rift in American society. Social distancing, wearing masks, and current vaccination are no longer regarded as pure public health measures, but as political signs that divide different groups.

From sports games to Americans belonging to different political camps buying products of different brands, similar conflicts have spread to all levels of social life. In the post-civil rights era, the United States, as a multi-racial democracy, its proud civic identity has been replaced by narrative differences, that is, the 1619 narrative versus the 1776 narrative. The difference between the two narratives is that this country is based on slavery. The above is still based on the struggle for freedom. The conflict has developed to the point that the two opposing parties see the reality they want to see, that the November 2020 election is either the fairest election in American history or a large-scale fraud that produces illegal election results.

From the Cold War to the beginning of the 21st century, American elites reached a strong consensus that the United States should lead global politics. The grueling and seemingly endless wars in Afghanistan and Iraq not only made many Americans hate troublesome regions like the Middle East, but also made them reluctant to get involved in general international affairs.

The polarization has also directly affected the foreign policy of the United States. During the Obama administration, Republicans took a hawkish stance, accused the Democrats of wanting to “reset” US-Russian relations and had naive illusions about Russian President Vladimir Putin. Later, former President Trump publicly embraced Putin and reversed the situation. Today, about half of Republicans believe that the Democrats pose a greater threat to the American way of life than Russia. Tucker Carlson, an American TV news anchor who belongs to the conservative camp, went to Budapest to pay tribute to the authoritarian prime minister of Hungary, Viktor Orban. Saying “have liberals” (a buzzword for right-wingers, in order to “anger the left”) is more important than defending democratic values.

On the China issue, the consensus of the two parties is even more obvious: Republicans and Democrats both believe that China is a threat to democratic values. But the consensus ends here. The greater test of US foreign policy comes from Taiwan rather than Afghanistan, that is, what will the US do if the Taiwan region is directly attacked by China. Is the United States willing to sacrifice the lives of its people for the island’s independence? Or, if Russia invades Ukraine, will the United States risk a military conflict with Russia? These are serious questions that are not easy to answer, but all parties may wear colored glasses of partisan struggle to engage in a rational debate on the national interests of the United States.

The polarization has damaged the global influence of the United States, not to mention the above-mentioned test in the future. The amount of influence depends on what the foreign policy scholar Joseph Nye calls “soft power”, that is, the attractiveness of the American system and society to people around the world. This attractiveness has now greatly diminished: it is difficult to say that the American democratic system has worked well in recent years, or that all countries should follow the example of the American party, which is divided and dysfunctional. A sign of mature democracy is that state power can be transferred peacefully after elections, and our country did not pass this democratic test on January 6.

In the seven months in power, the biggest policy failure of the Biden administration is that it has not been fully prepared to deal with the rapid collapse of Afghanistan. No matter how shameful it is, there is no evidence that the US withdrawal from Afghanistan was a wise decision (even though this decision may prove to be correct in the end). Biden said that in order to concentrate on meeting the greater challenges from Russia and China in the future, it is necessary to withdraw troops. I hope he is serious. Barack Obama has never succeeded in “turning” to Asia because the United States has been focusing on calming the chaos in the Middle East. The current government needs to divert resources and attention to unite allies to contain geopolitical opponents.

The United States is unlikely to restore its earlier hegemony, and it should not have such thoughts. The hope it can cherish is to maintain a world order conducive to democratic values ​​together with like-minded countries. Whether it can do this does not depend on what short-term actions it takes in Kabul, but on whether it can restore national identity and set a goal in the country.

After reading Fukuyama’s article, you will find that although his 1989 “End of History Conclusion” made a mistake, he still has a more thorough analysis of the internal problems facing the United States.

[단독]’Novavacs’, a contract for 40 million servings in Korea, applied for emergency use approval by WHO

The female principal defrauded the students’ parents with...

Tel Aviv is the most expensive city in...

The US media accused the government of hoarding...

On February 18, the BBC reported progress...