God of War: Ragnarok developer Sam Hundrick has paid tribute to his colleague and partner Jake Snipes on Twitter, revealing that there is a hidden element in the game that honors him.

Sam Hundrick tweeted: “God of War: Ragnarok contains something very special for me. I was going to do it, but just in case, I’m telling you now: the special one is ‘The Ballad of Jari and Somr ‘.”

Sam Hundrick explains hidden elements in the side quests he commissioned the development team to create. His idea is to carve a green heart with runs to the rock wall in the game. The idea originally came when colleague Sam Handrick and partner Jake Snipes wanted to keep their symbols in the game a few years ago.

Sam Hundrick says: “I was[eisiau]leaving some form in the first game we did together when we met. Jake used to create a simple heart shape with our initials in ancient Norse runes in the game world.

Jake Snipes died of epilepsy in 2020. After Jake Snipes’ death, Sam Hundrick decided to return to work to continue developing God of War: Ragnarok, and asked the game’s director, Eric Williams, if he could pay tribute to Jake Snipes in the game.

There is something in God of War Ragnarok that is most special to me. I had the opportunity to offer it and the team managed to do everything I could have hoped for.

I had hoped to wait some time to talk about it but wanted to share it now, just in case.

“Eric Williams has gone above and beyond”

“I told Eric and the development team about Jake’s idea of ​​carving a heart with our initials on it. It’s a story about two men who meet and realize they belong together.”

Sam Hundrick said he hopes the sidequest story will help queer people learn that they can find a place where they can truly feel safe in a world that doesn’t understand them. “Sometimes, the (safe) place to be is a person.”

In the quest, a rainbow bonfire that “burns continuously” will appear, and this fire will show “the story of a man who found something difficult to name”.

Jake Snipes’ brother, Tom Snipes, also tweeted his grief over the loss of his brother. “Ever since Jake died, I have felt a sense of loss, grief and despair. Thanks to his love, Jake’s name will live forever in God of War: Ragnarok, which they worked on. “I am your love you, Jake, and I’ll always remember you.”

In other news, Team Ninja Koei Tecmo Games is said to be planning to reboot the Ninja Gaiden and Dead or Alive series. 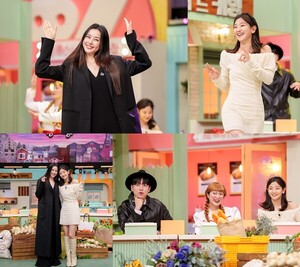