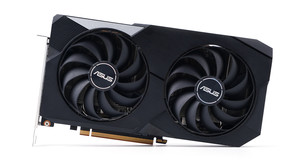 What is AMD’s RDNA2-based mainstream graphics card for high-performance FHD gaming? For reference, high-performance FHD gaming means higher refresh rate gaming than the existing FHD average of 60 frames, that is, 144Hz. It is the AMD Radeon RX 6600 series that satisfies this condition. Among them, the Radeon RX 6600 XT provides a pleasant gaming experience with high performance. Its competitor was the RTX 3060, which had a relatively good price/performance ratio.

Then, in May 2022, a refresh product of the Radeon RX 6600 XT was released. AMD Radeon RX 6650 XT. On the existing RX 6600 XT, the game clock and memory speed were slightly increased. Thanks to this, it has slightly improved performance than the existing RX 6600 XT. So what if AMD FidelityFX Super Resolution 2.0 (hereafter FSR 2.0) was added to that RX 6650 XT? Through Farming Simulator 22, an agricultural experience game, the performance when FSR is applied was confirmed.

Features of the RX 6650 XT include: It is optimized for Microsoft Windows 11 and supports Microsoft DirectX 12 Ultimate, AMD FSR 1.0, AMD FSR 2.0, and AMD Radeon Super Resolution Upscaling function. A notable feature is the FSR 2.0.

Currently, FSR is divided into FSR 1.0 and FSR 2.0. The two methods differ in the upscaling method. FSR 1.0 provided a significant frame improvement (spatial upscaling) in a way that exploited spatial data. However, there were cases where details such as a distant barbed wire or thin hair could not be expressed properly.

FSR 2.0 improves on this. Changed from spatial upscaling in FSR 1.0 to temporal upscaling. Upscaling the current frame by using data used in the past frame as well. In this way, unlike FSR 1.0, image degradation was prevented. To be more specific, it captures fine details that FSR 1.0 couldn’t express properly. This is improved as much as the native image.

Currently, the games that support FSR 2.0 are Deathloop, Farming Simulator 22, and God of War. In the future, it is known that various games such as EVE Online, Forcen, and Flight Simulator will support FSR 2.0.

How’s the gaming performance of the Radeon RX 6650 XT?

Shadow of the Tomb Raider

How about applying FSR 2.0 in Farming Simulator 22?

The RX 6650 XT is a graphics card optimized for 1080p. However, in Farming Simulator 22, when FSR 2.0 is applied, it can also be used in 4K UHD resolution. When using the Very High option for 4K UHD resolution, the average frame rate rises significantly by three digits when FSR 2.0 performance is applied. This time, I checked the frame increase when applied in FHD situation.

The Radeon RX 6650 XT showed good enough performance in FHD. It was usable even when FSR was not applied. In addition, when FSR 2.0 is applied in FHD state, a frame increase effect can be obtained. If the number of games to which FSR 2.0 is applied increases in the future, performance improvement can be expected once more. It can be seen as a proper growth type graphics card.