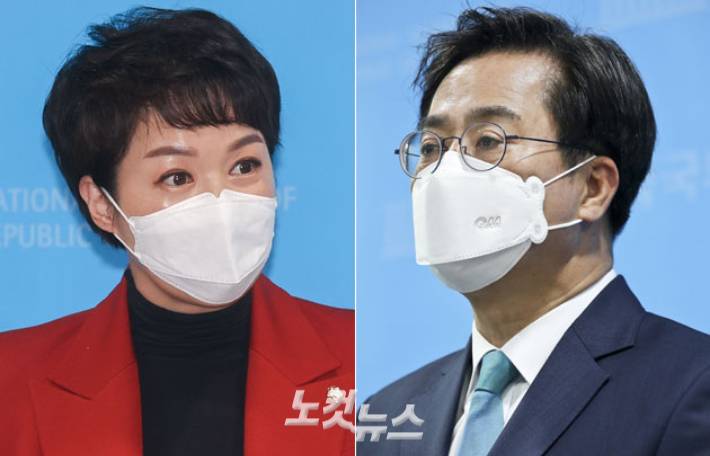 The beginning is the ambiguous position of the Presidential Transition Committee. On the 25th, Won Il-hee, senior deputy spokesperson for the transition committee, said, “The issue of reconstruction of the first new town is a matter that the real estate task force is considering as a mid- to long-term national task.”

In the market, as house prices, which had been looking for stability, turned to an uptrend due to ‘reconstruction expectations’, it was interpreted that the transition committee began to adjust the pace as it became a burden on the new government.

In fact, the transition committee also delayed the announcement of the ‘Comprehensive Real Estate Measures’ aimed at easing various real estate regulations from mid-April, which was originally expected due to concerns about real estate price stimulation, for a considerable period of time since the inauguration of the new government.

When Deputy Spokesperson Won’s remarks came through, the first phase of the new city reconstruction complexes reacted furiously, saying they had been hit in the back of the head, and the transition committee rushed to evolve.

Shim Gyo-eon, head of the real estate task force of the transition committee, emphasized on the 26th a day later, “I used the expression ‘mid- to long-term review task’ in relation to the reorganization of the first new city.

“We are reviewing from various angles, such as the controversy over the rental market due to large-scale relocation, establishment of a maintenance plan, and securing a relocation-only complex in the third new city,” he said.

Deputy spokesperson Won Won’s remarks the day before the local elections in June caused a stir and aroused protests from the residents of the first new town, which is interpreted as a thorough explanation.

Democratic Party candidate Kim Dong-yeon, governor of Gyeonggi Province, speaks at a press conference for political views and policies held at the National Assembly in Yeouido, Seoul on the morning of the 26th. Reporter Yoon Chang-won

As the transition committee’s position on the ‘1st new city reconstruction’ issue fluctuates, the People’s Power candidate Kim Eun-hye, who ran for the Gyeonggi governor election, is also closely monitoring the situation.

Candidate Kim posted on Facebook on the 9th, ‘The first new city reconstruction master plan! “Iron Woman Kim Eun-hye will do it,” he vowed.

Also, on the 25th, he met Ahn Cheol-soo, chairman of the Presidential Transition, and delivered the ’10 Dream Box Recommendation’ containing current issues in Gyeonggi-do, such as ‘the first new city reconstruction and remodeling’.

Kim Eun-hye, a camp official, said in a phone call with CBS No Cut News when the position of the transition committee was announced the day before as a ‘mid- and long-term review task’, “Simply because the sense of speed is somewhat different in one case of the first new city, the transition committee and (Candidate Kim Eun-hye) are at odds with each other or cannot communicate with each other. It is difficult to make conclusions.”

He emphasized, “It is an unchanging fact that the person who can best communicate the opinions of Gyeonggi-do residents and negotiate with the Yun Seok-yeol government is the right person for the 1st new city reconstruction issue.”

The Democratic Party candidate Kim Dong-yeon’s camp seems to focus on the ambiguous attitude of the transition committee on the first-phase new city reconstruction issue.

On the 26th, Kim Dong-yeon, a spokesperson for the Camp Lee Kyung, commented, ‘What is the position of Avatar Yun Seok-yeol and Candidate Eun-hye Kim?’ changed,” he criticized.

He continued, “Another promise of President-elect Yoon, the promise of abolishing the precision safety inspection of complexes that are more than 30 years old, has been effectively abandoned.”

Rep. Kim Eun-hye, who has been confirmed as a candidate for the 6.1 Local Election for Gyeonggi Governor, holds a press conference at the National Assembly Communication Hall on the 22nd. Reporter Hwang Jin-hwan

Spokesperson Hwang Gyu-hwan countered, “Today, the head of the task force team in charge personally nailed it, saying, ‘The elected promise is proceeding as planned, and we are working to promote it as soon as possible.’ .

He continued, “We have to answer whether only candidate Kim did not hear the announcement of the Insu Committee, or whether it was a reflection of the intention to damage it somehow.”

The first phase of the new town consists of 5 regions including Bundang, Ilsan, Middle East, Pyeongchon, and Sanbon in Gyeonggi-do, with a total of 432 complexes and 292,000 units. When they come together, a considerable ripple effect is expected.

The votes of residents of the first new city, who are showing high interest in the reconstruction issue, are emerging as an important variable in the upcoming Gyeonggi governor election.

Some Manchester United players hope that C. Long will leave the team and he will be freer… – Sina Football
Posted onJuly 5, 2022July 5, 2022
Menu