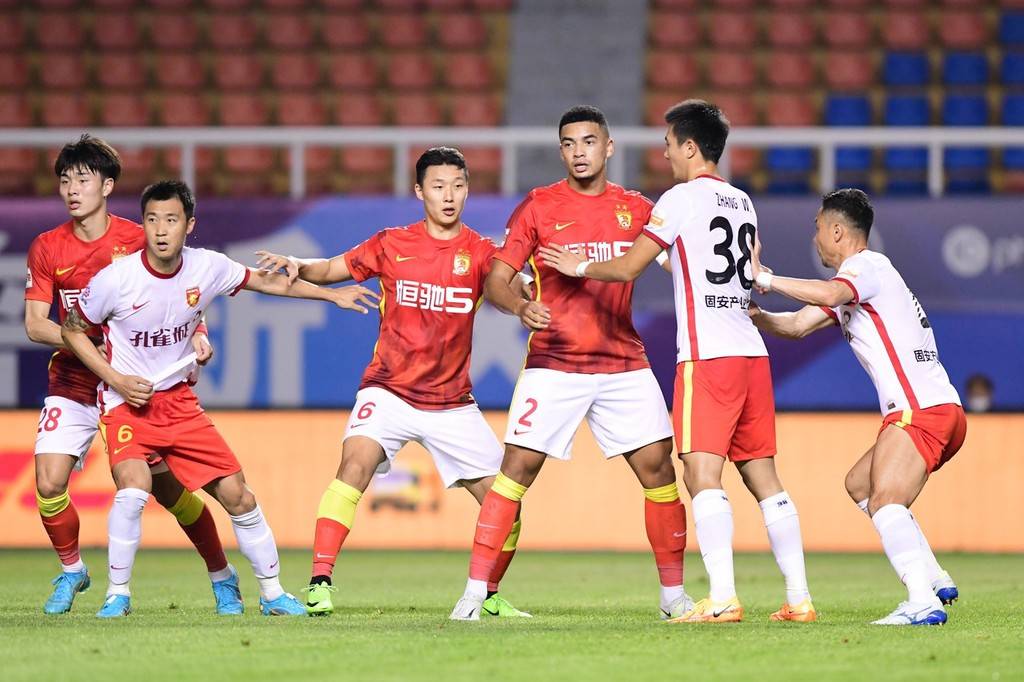 At 19:30 on the evening of June 19th, Beijing time, in the fifth round of the Chinese Super League, the Guangzhou team played against the Hebei team. The first half was tied 0-0.

In the 2nd minute, Guangzhou’s front court left the sideline ball to the front court. Wei Shihao’s volley from the front of the penalty area was blocked by the defender. Yang Liyu then picked it into the penalty area, but the linesman raised his flag to signal offside. In the 4th minute, the Hebei team got the ball in the middle of the frontcourt, Gao Huaze caught the ball with a long shot and was saved by the goalkeeper. In the 16th minute, the Guangzhou team attacked, Eiffelding passed the ball from the bottom right to the penalty area, and Yang Liyu headed the goal. In the 19th minute, Zhang Wei received a yellow card for a foul.

In the 21st minute, Eiffelding received a yellow card and faced a suspension in the next round with a total of 4 yellow cards. In the 23rd minute, the Hebei team counterattacked from the left. Xu Tianyuan made a pass to the back of the penalty area, and Zhang Wei’s volley kicked. In the 30th minute, Guangzhou got a free kick from the left in the frontcourt. The free kick was taken into the penalty area. Yang Liyu knocked on Wu Shaocong behind him and was cleared. In the 34th minute, Chen Rijin received a yellow card for a foul with a shovel. In the 41st minute, Wei Shihao took the ball to the right, Ling Jie picked it to Li Yang in the middle, and then made a pass to the penalty area and was cleared. Yan Dinghao’s long shot from the periphery was blocked from the bottom line. Yan Dinghao took a corner kick, and Wei Shihao’s follow-up shot missed. In the first half, the two sides were temporarily tied 0-0.