(Wang Jiaer won the Male Musician of the Year)

It is reported that the Hard Ground Enclosed Furnace Night has been held for three times, and this grand ceremony was held at Hangzhou International Expo Center. It is reported that the third hard-ground furnace night was sponsored by JD.com and received strong support from the guiding unit Qianjiang Century City.

The Hard Ground Encircled Furnace Night·NetEase Cloud Music Original Festival is the first large-scale annual festival for original musicians in China. It aims to provide a stage for the concentrated presentation of outstanding original music works, and give them due recognition from a professional perspective. This year’s festival invites musicians who have released high-quality works and achieved outstanding results in the past two years to bring wonderful performances and award them professional honors.

After several years of accumulation and precipitation, the night of the hard-covered furnace has gradually become the vane of China’s original music field. Compared with the previous two festivals, this festival has many innovations in the guest lineup, honor setting, and performance form.

(C-BLOCK won the band/group of the year)

This year’s gala is also ingenious in the presentation of the performance format. For the first time, the grand ceremony stage adopts the form of virtual scenes to create a realistic version of “Cloud Village”, which visually displays the unique community atmosphere of NetEase Cloud Music. In addition, NetEase Cloud Music is also on the occasion of the launch of this festival, linking multiple podcast programs and Livehouse online and offline, launching original music-related special programs and music performances, bringing users a richer music experience.

On the evening of the ceremony, NetEase Cloud Music also released the first video support program “PLAY Video Project” for the original musician group, dedicated to helping musicians reshape the music distribution path, expand the source of revenue, and help them through a new way of “music + video”. Push original music to achieve better development.

Currently, video has become an important music consumption scene and is widely favored by young users and musician groups. The “Report on the Living Status of Chinese Musicians (2020)” released by NetEase Cloud Music last year showed that a large number of musicians also love to spread music works through video formats such as Mlog. NetEase Cloud Music is the first music platform to develop video services. The release of the “PLAY Video Project” means that NetEase Cloud Music continues to cultivate in the field of music video and is also a further upgrade of the platform’s original music system support system.

NetEase Cloud Music is the largest original music platform in China. It has been comprehensively boosting the development of original music through systematic support measures such as “Stone Project”, “Ladder Project”, Hard Ground Original Music Chart, and “Star Collection” Song Contest. This year’s Hard Ground Enclosure Night shows the important achievements in the development of original music in recent years, and also reflects an important trend in the market: with the help of music platforms and all parties in the industry, Chinese original music has gradually kept pace with mainstream commercial music. .

On the one hand, the influence of original music is increasing day by day. Data shows that by the end of 2020, NetEase Cloud Music has settled over 200,000 original musicians, a year-on-year increase of 100%. The annual broadcast volume of original musicians on the platform exceeds 300 billion. For example, the ceremony site won the top ten songs of 2019-2020, “The beauty of the world is linked to you”, “I want to hug you in a mediocre life”, “Flying insomnia”, “Returning”, and “You are the world in April. Songs such as “Under the Sea”, “Everything I Think About Galaxy”, “He’s Just Passing Through”, “Chinese Wedding”, “Economy Class” and other songs have reached one billion or even billions of songs, and the music from NetEase Cloud has become popular all over the Internet. 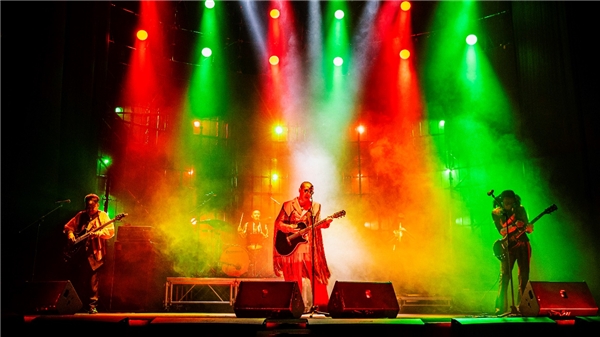 On the other hand, many high-quality masterpieces have emerged in the field of original music. For example, the annual album “Jixi South Forest Road” is a classic of ten years of sharpening the sword in the hard-floor night annual album. The current sales exceed 11 million yuan, breaking the sales record of independent music digital albums; the hard-floor night newcomer Jude’s professional standards are also widely recognized. Not only was he nominated for the Golden Melody Award for Best Male Singer for his first album “I’ll be Absent at the Time of Awards”, it was also highly praised by industry experts such as Liu Huan.

At present, with the rapid increase in the quantity and quality of original music works, original musician groups have increasingly become a decisive force in the Chinese music market. With the continuous improvement of China’s comprehensive national power and the growing prosperity of the cultural market, in the future, Chinese original music will inevitably continue to achieve new leaps and gradually radiate its influence overseas, becoming an important carrier for the widespread dissemination of Chinese culture.

LINE BK is kind to the promotion, borrowing money with low interest at 9.99% per year for 2 months.

And it all comes to us from space!...

July 15, 2021
We use cookies on our website to give you the most relevant experience by remembering your preferences and repeat visits. By clicking “Accept All”, you consent to the use of ALL the cookies. However, you may visit "Cookie Settings" to provide a controlled consent.
Cookie SettingsAccept All
Manage consent