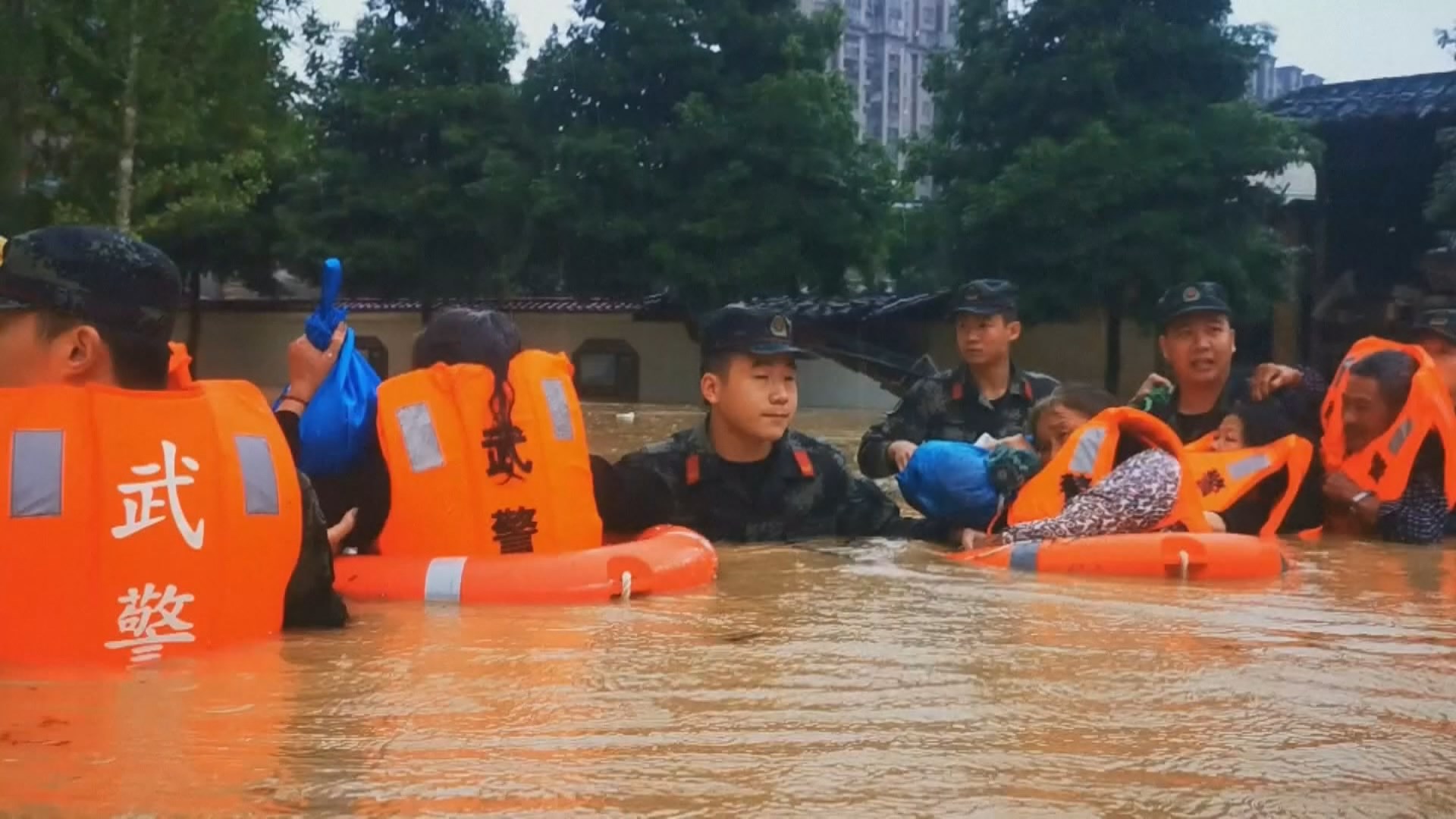 In southern China, rain has continued for over a month, causing damage one after another, while the central region is complaining of drought.

Some areas in the northwestern part of the country are suffering from heatwaves with midday temperatures exceeding 40 degrees Celsius.

A village in Guangxi Zhuang Autonomous Region in southern China. Residents evacuate to avoid the muddy water that flows like a waterfall.

However, the person following cannot cross the rapidly rising water and retreats.

In the city of Liuzhou, houses collapsed in a landslide early Saturday morning, killing five people.

Rainfall in Guangxi, which has been raining since last month, has already reached its highest level in 43 years.

More than 30 rivers overflowed, and people in mountainous areas were also evacuated.

There are 2.4 million people displaced alone.

Similar rain damage is occurring one after another in southeastern China, including Fujian and Guangdong provinces.

On the other hand, in central China, including Henan Province, rainfall has been less than 25 mm since mid-February, and they are complaining of drought damage.

“We’re increasing the amount of running water that flows through four canals, and we’re providing water for corn farming and rice planting.”

As livestock runs out of water to drink, even fire trucks are mobilized.

In the midst of this, in some parts of northwestern China, such as Gansu and Shaanxi, China is suffering from extreme weather, with daytime highs exceeding 40 degrees.