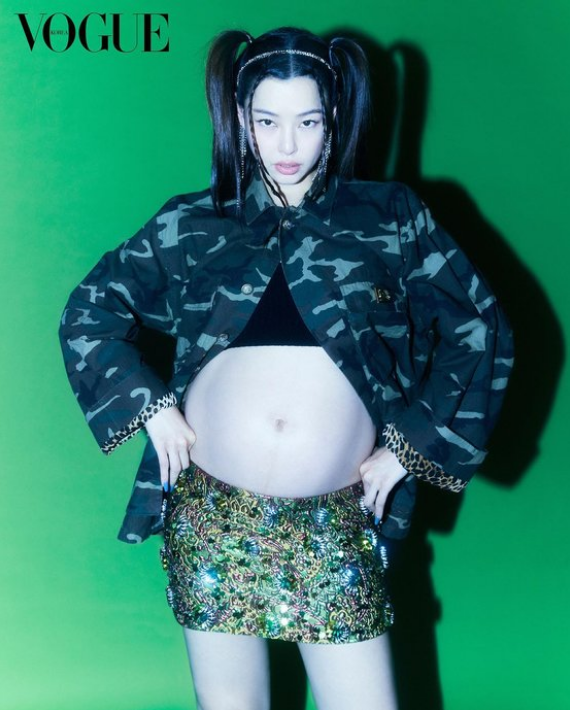 On the 8th, on the magazine Vogue Korea YouTube channel, ‘Why did Honey Lee take a maternity pictorial? The filming site of that day was released!’ A video was posted. The video contains the scene of Honey Lee’s full-term photo shoot.

Honey Lee said, “The belly doesn’t come out as big as I thought it would now. But today, I’m shooting with the belly sticking out to take a very glam photo.”

Regarding the concept of the maternity pictorial, he said, “A little hip? It’s just a tummy tuck for a pregnant pictorial? The pregnancy period is really happy and the energy comes out. I wanted to share that with the public.”

Honey Lee explained the reason for taking the maternity photo shoot, saying, “It’s sad that actresses have a desire to hide their belly even during pregnancy. The pregnancy was so happy and energetic, I wanted to share it with you.” .

Honey Lee also wished to become a mother like a friend. He said, “There are times when you have to say things like ‘what do you do, what don’t you do’, but within a large scope, I hope that I can help that friend and have fun as her friend personally.”

Previously, in the June issue of Vogue Korea last month, Honey Lee’s unconventional concept of a full-term pictorial was released and collected topics.

Meanwhile, Honey Lee married a non-celebrity man in December of last year, and is expected to give birth in June.