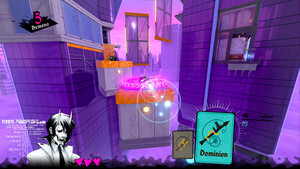 With the release of ‘Doom’ in 1993, it laid the foundation for the next-generation FPS game. Based on a unique physics engine, it is in the limelight as a game that shoots weapons of the near future. In ‘Quake’, which was subsequently released, various technologies were inherited and developed based on a more enhanced physics engine and weapons, and they rise to the present stage. In ‘Quake 3’, multiplayer is attempted in earnest, leading to an era where all kinds of experts can gather and enjoy the game. It is not an exaggeration to say that anyone who owned a high-end PC at the time connected to ‘Quake 3’ and enjoyed multiplayer. However, as there are not many games that provide multiplayer, FPS games develop into a deformed structure as more users continue to play only this game.

After chewing, chewing, tasting, and enjoying the game, users who have digged enough to even disassemble the game explain the so-called ‘biggie’ excavation. Due to the drawbacks of the game engine, if you jump while accelerating, it accelerates again, and in that state, you can use the weapon recoil to fly to areas that are normally difficult to access. In the so-called ‘rocket jump’ and ‘acceleration jump’, there are all kinds of unique terms such as ‘circle jump’ and ‘bunny hop’. When the situation reached this point, users who were flying instead of running on the map began to appear. Users who have been flying for several years in one game now begin to compete with their jumping skills. There is a game that determines the skills to arrive at a specific place first, and there are even game-play methods that reach the goal by using all kinds of jumping skills, weapon skills, and predictive shooting in various forms. This fun has been passed down to games such as ‘Unreal’ and ‘Team Fortress’, and even now, gamers compete for time attack. The downside is that it is not a very famous genre because it is a genre that you have to go down to the abyss among maniacs.

There are games that seem to be inspired by this genre. There is a game in which various jumping tricks are made in the form of a kind of ‘card’, and the game uses that skill to break through the map. This is the story of the indie game ‘Neon White’.

When you start the game, you can’t think of anything. once run As you run, you pick up a card. The card has a unique feature. A card that jumps high when you step on it after installing it. A card that allows you to jump up once again from a specific location. A card wielding a sword. These are cards that can shoot machine guns or pistols. The game is cleared when the target is reached after activating the skills by using the card in the right place, hunting all the enemies that appear on the map.

In other words, it is a genre where you can play the game while sprinting like a speed run in an FPS game. If you use each card in the right place along the way, the game is cleared. However, after clearing, the game appears in a way that competes for the clear time. In general, the clear time you get when you follow the road is usually silver level. In order to get higher grades, you have to use trick jumping as a basic skill. The key point is that you have to carve out your own path while jumping to a non-standard path.

Accordingly, the game looks like a kind of platformer game, but on the other hand, it has the charm of looking like a puzzle game. After jumping, it moves in a different direction from common sense, and it is a fun game to shorten the clear time by repeatedly climbing the wall again. Once you start to fall in love with this genre, it is hard to stop. Since 1993, many gamers have jumped into this genre, and users all over the world are shooting so-called mad movies and competing for speed.

When the time was shortened by winning a fight with the past me. And when you get used to the game and see a new path. When the time is shortened again in that state. Each game provides an exhilarating experience.