However, in the industry, there are about 200 to 300 semiconductors used in vehicles, and there is growing curiosity about what kind of semiconductors Hyundai Motor is trying to internalize. In addition, as it is not easy to produce in-house even if you have the capability to develop semiconductors, there is still the task of establishing a cooperative ecosystem with foundry (semiconductor consignment production) companies.

“We want to develop our own chip” 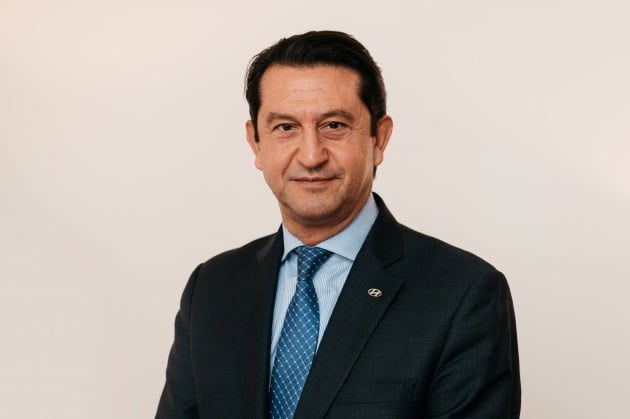 According to Reuters on the 13th, Jose Muñoz, Hyundai Motor’s global chief operating officer (COO) and North American regional head (president), said in a meeting with foreign reporters that Hyundai wants to develop automotive semiconductors on its own. The reason is to reduce dependence on semiconductor manufacturers, he added.

He added, “It takes a lot of investment and time to develop semiconductors, but this is an area we are working on,” he said.

Global automakers, including Hyundai Motor, have been experiencing disruptions in their production due to a supply shortage of semiconductors for vehicles after the COVID-19 crisis. According to the ‘Monthly Trends of the Automobile Industry for September 2021 (provisional)’ announced by the Ministry of Trade, Industry and Energy on the 15th, automobile production decreased by 33%, exports by 20.7%, and exports by 6.1% compared to the same month last month.

The Ministry of Trade, Industry and Energy explained that production and exports decreased due to the impact of the decrease in working days due to the Chuseok holiday in a situation where the supply and demand of semiconductors for vehicles continued to be disrupted. Global market research companies such as AFS predicted that this year, the production of about 10 million cars around the world will be disrupted due to the shortage of semiconductors.

At a strategic conference held on March 31, Hyundai Mobis, a subsidiary of Hyundai Motor Company, announced that it was promoting the internalization of semiconductors in the mid- to long-term. To this end, Hyundai Mobis acquired the semiconductor division from Hyundai Autron, a group affiliate, for about 133.2 billion won at the end of last year.

However, there are at least 200 to as many as 300 semiconductors used in vehicles, and it is impossible for Hyundai to develop all of these chips. In addition, the number of semiconductors will increase by more than 10 times when moving to electric vehicles and autonomous vehicles.

The industry believes that Hyundai Motor will first develop and localize power semiconductors and some MCUs, which have relatively low technical difficulty. In addition, advanced driver assistance (ADAS) semiconductors, which are parts of autonomous vehicles, and system-on-chips (SoC) used for infotainment are also expected to be localized.

In particular, Hyundai Mobis is said to be concentrating on the development of power semiconductors optimized for Hyundai Motor’s electric vehicles. This is because it can make semiconductors optimized for Hyundai’s software. An industry official explained, “It is the same logic as Apple, Google, and Samsung Electronics are trying to design their own mobile AP chips.”

Securing a foundry is key

Experts believe that securing a foundry that can produce semiconductors is as important as Hyundai’s automobile semiconductor development. This is because automakers around the world are competing for semiconductor design, and smartphone makers have also started developing their own semiconductors. It is explained that more and more companies are in need of foundries.

Jang Hong-chang, a senior researcher at the Korea Automobile Research Institute, recently pointed out the lack of collaboration between the automobile and semiconductor industries in Korea in a report titled ‘Trends and Tasks for Internalization of Automotive Semiconductor Production’. According to the report, the U.S. and Japan are attracting local foundry factories led by the government, and strengthening the relationship with the fabless foundry of finished vehicles in their country.

In the United States, Intel entered the foundry industry and began preparations for automotive semiconductor production for the purpose of supplying it to Ford GM. It is known that the method of adding vehicle products to the existing process without establishing an additional process will be used. Mass production is expected to be possible by the first half of next year. Toyota and Denso of Japan have invested in shares of Renesas, a car semiconductor company, and established a fabless joint venture MIRISE. Through a government-led joint investment, TSMC also participated in the establishment of a plant in Japan.

Arsenal plotting for Calvert-Lewin Join the army next summer

Financial Times: SenseTime will be blacklisted by the...

Thailand Industry Beyond Next Normal

NCSoft: “Paradise W” has never been popular before,...

urgent! Tomorrow, the price of all kinds of...

Moderna cross-vaccination is more effective than AZ and...

The price of Switch has dropped! What...