Tomb of King Taejo Current King in Owolguk, located in Hangzhou City It is located in the downtown area and is surrounded by government offices, universities, and shopping districts. [웨이보 캡쳐]

A mysterious robbery incident occurred in the Chinese state-level tomb. It was dug inside the royal tomb located in the middle of the city. However, two years later, the crime was revealed belatedly, raising suspicion of involvement of insiders as well as inadequate management of cultural properties by the authorities.

Chinese public security, “Oweolguk royal tomb stolen, 175 relics stolen…39 arrested”
Disclosures after a year of investigation…Criticized “Is you afraid of criticizing the people?”
Expert “Needs at least 20 days to steal…the authorities cannot avoid responsibility”
A robbery that digs into the grave room, suspected that an insider was involved

On the 12th, the Public Security Bureau of Hangzhou City, China, announced the results of the investigation into the robbery of the royal tombs of Owolguk. After the fall of the Tang Dynasty in China, the royal tomb of King Jeon Gyun (852~932), who was one of the top ten nations in the 5th century, was stolen, arrested 39 suspects, and 175 stolen cultural properties. It is said to have recovered all of it. King Jeon-jeon was a thief at the end of the Tang Dynasty, and after his fall, he established a capital city in Hangzhou and established the Mayor of May. The royal tomb was built in 935 when he died. In 2001, the State Council of China designated the royal tomb as a national key cultural property, claiming that the internal burial products are in excellent preservation condition and have high historical value. 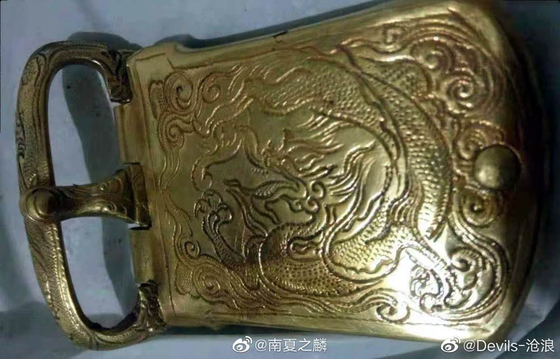 Hangzhou public security has released some photos of stolen cultural properties. The picture is a golden generosity that is believed to have been contained in King Current King’s casket. [웨이보 캡쳐]

The problem is that the incident occurred in May 2019, two years ago. In March 2020, nine months after the incident, the Public Security Bureau announced that the suspect was arrested in May of last year after obtaining information that a stolen cultural property, believed to be a burial piece of the Royal Mausoleum of May Guk, was being traded in March 2020. It means that the results of the investigation were released nearly a year later. Earlier last month, the fact that the royal tomb of Owol-guk was stolen was announced through an anonymous article on Chinese social network media (SNS). Subsequently, as the public security revealed the results of the investigation, netizens continued to criticize “Isn’t the announcement delayed because of public accusations of theft of cultural properties and the punishment of the person in charge?”

Furthermore, suspicion is raised that the stolen royal tomb is located in the middle of downtown Hangzhou. The district office building is built in the vicinity of the royal tomb hundreds of meters, and universities, shopping centers, and houses are surrounded. As it has been designated as a national cultural heritage, management offices and CCTVs are also installed everywhere, so it is possible that the authorities may not notice the robbery of the royal tomb at all.

Fang Ming, deputy director of the Zhejiang Cultural Heritage Research Center, explained, “After hearing the fact of the robbery, I ran to the burial mound and examined the scene of the incident, and the burrow hole was a structure that went directly to the tomb.” Wang An, an archaeological expert in Zhejiang Province, said, “This kind of robbery is not a day or two. It will take at least 20 days,” he pointed out, “it makes no sense that the supervisory authority has not noticed at all.” 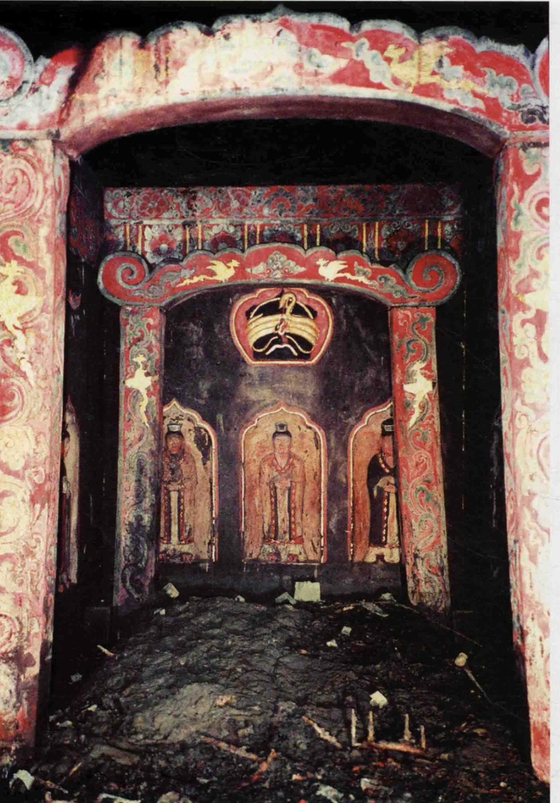 Inside the tombs of the 2nd queen queens buried together in the royal tomb of Owolguk. [웨이보 캡쳐]

Among these, the analysis of experts on the stealing technique is drawing attention. According to an archaeologist interviewed anonymously by the Chinese media China Newsweekly, “generally, tomb robbers are drilled with a’luoyang shovel’, but in this case it was different.” Luoyang shovel is a unique name for shovels used in archaeological excavations in China. The tip of the shovel is shaped like a’U’, making it easy to dig dirt. He said, “The target location for the Tomb of King Owol was clear. It wasn’t done outdoors, but a small house was rented next to it and then dug through the underpass.” 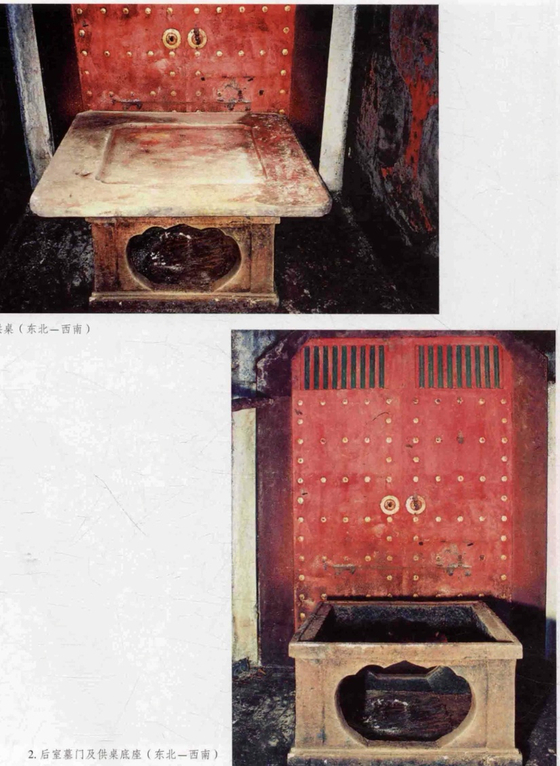 The coffin of Ma, the second queen, buried together in the royal tomb of Owolguk. After excavation, the tomb was closed. [웨이보 캡쳐]

Another expert noted that the robbers knew exactly where the tomb of King Current King was located. The royal tomb was built as a historical site only outside, but the location of the inner tomb was unknown. It was thought that the exact location would not have been possible if an insider related to the royal tomb did not hand over the information.

It is also suspicious that the construction of a historic park surrounding the royal tomb was established in 2017 and construction began. For the construction, the internal structure of the royal tomb was reviewed, and there are observations that data leakage and the possibility of robbery may have occurred during this process. However, the public announcing the results of the investigation belatedly revealed that it had overlooked the robbers, but did not investigate or punish related agencies.

Xi Jinping: Continue to promote the implementation of water transfer projects and accelerate the construction of the main skeleton and main artery of the national water network | Reuters

Dozens of Putin’s aides reveal that they are...

Most of the accidents involve young vehicles 18Sep2021

The U.S. Food and Drug Administration Advisory Board...

The White House urges to raise the debt...

August 3, 2021
We use cookies on our website to give you the most relevant experience by remembering your preferences and repeat visits. By clicking “Accept All”, you consent to the use of ALL the cookies. However, you may visit "Cookie Settings" to provide a controlled consent.
Cookie SettingsAccept All
Manage consent