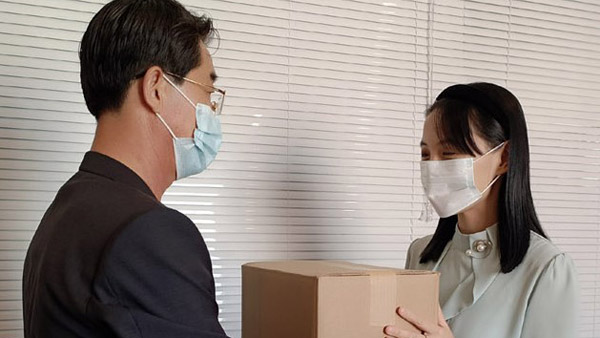 On the 16th, North Korea acknowledged the fact that an acute enteric infectious disease occurred in Haeju and Gangnyeong-gun, South Hwanghae Province, through a report by the state-run Rodong Sinmun on the 16th.

Enteric infectious disease refers to a disease that causes various symptoms by first attaching pathogens to the intestinal mucosa, such as typhoid, dysentery, and cholera.

On the 13th of last month, North Korea first acknowledged the outbreak of Corona 19, but this time, after more than a month, another epidemic has been announced.

Different kinds of infectious diseases are circulating in North Korea, which already has poor quarantine and medical conditions.

On the same day, North Korea published a large number of photos of Chairman Kim Jong-un and his wife on the front page of the Rodong Sinmun.

This is a picture looking at the medicines sent to the South Hwanghae region where the epidemic has occurred.

The Rodong Sinmun introduced these drugs as ‘drugs prepared at home’ donated by Chairman Kim and his wife.

This is the second donation of the ‘No. 1 drug’ following the peak of the number of suspected corona fever patients in North Korea last month.

The Korean Central News Agency reported, “The people of Haeju, who received the immortal medicine of love, wet their cheeks with tears of gratitude and shouted ‘Long live Comrade Kim Jong-un'”

I didn’t forget to take pictures of North Koreans who seemed to be crying because they were moved.

It is being used for propaganda that emphasizes Chairman Kim’s patriotism.

Read Also  Open 10 provinces. The most infected. Bangkok near 3,000 cases!

Key figures from North Korea also started sending medicines one after another.

Of particular note is the appearance of Vice-Chairman Kim Yo-jong, the younger sister of Chairman Kim.

Deputy Director Kim appears to be handing a box of medicines to a man.

The identity of the man carrying the box has not been confirmed.

It is presumed that it may be a party official in charge of drug delivery.

There are other opinions.

It is said that this man could be the husband of Vice President Kim Yeo-jeong.

Jeong Seong-jang, director of the Center for North Korean Studies at the Sejong Institute, said, “Considering that the distance between Kim Yo-jong and the man is close and the man in question is standing upright, it is highly likely that he is Kim Yeo-jung’s husband.”

The reason is that “If you were a low-ranking executive who came to receive medicine from Kim Yeo-jung, in an authoritarian regime like North Korea, it would be difficult for him to stand upright without bowing down to Kim Yeo-jung, the de facto second-in-command of North Korea,” is the reason.

It is known that Kim is married, but the identity or appearance of her husband is not known.

As a result, even one picture is drawing the attention of North Korean researchers.

# I want to help, but the way to help is blocked

Let’s get back to the basics.

In North Korea, an acute enteric infectious disease is currently in vogue along with Corona 19.

North Korean media are trying to highlight the Kim Jong-un family trying to overcome this, but behind this image politics are North Koreans suffering from the epidemic.

The Yun Seok-Yeol administration has repeatedly expressed its will for humanitarian aid for the North Korean people.

The problem is that even if they want to help North Koreans, there is no way to help.

Earlier on the morning of the 16th of last month, through the inter-Korean liaison office, the Ministry of Unification sought to send a notice addressed to Kim Young-cheol, director of the United Front Department of the North, in the name of Minister Kwon Young-se.

The notice states that it is willing to provide vaccines, medicines, masks, and diagnostic tools to North Korea, and to conduct technological cooperation with the South, such as the South’s quarantine experience.

However, since North Korea refused to receive the notice itself, there has been no discussion for over a month.

# The answer is bypass support through international organizations?

In a phone call with UN Secretary-General Antonio Guterres on the 17th, President Yun Seok-yeol said, “We are very concerned about the spread of COVID-19 in North Korea. “There is,” said an official from the presidential office.

The official added, “President Yun said on the phone that he expects to communicate closely with the South Korean government while looking at the (North Korean corona situation) at the UN level as well.”

Although President Yoon did not directly mention it, the possibility of indirect communication and detour support through the UN can be considered in a situation where dialogue with North Korea is blocked.

The plan to support North Korea through international organizations such as the UN is something that experts have been discussing as a realistic alternative.

In a recent report titled ‘Humanitarian Aid to North Korea through Multilateral Cooperation,’ Choi Gyu-bin, associate research fellow at the Korea Institute for National Unification, said, “As government-to-government cooperation (with North Korea) is difficult right now, it is vulnerable by increasing the contribution of international organizations to North Korea aid projects. It is necessary to secure initiative in efforts to alleviate the class crisis,” he said.

It is argued that direct dialogue with North Korea is important, but it is also important to actively support detours through international organizations.