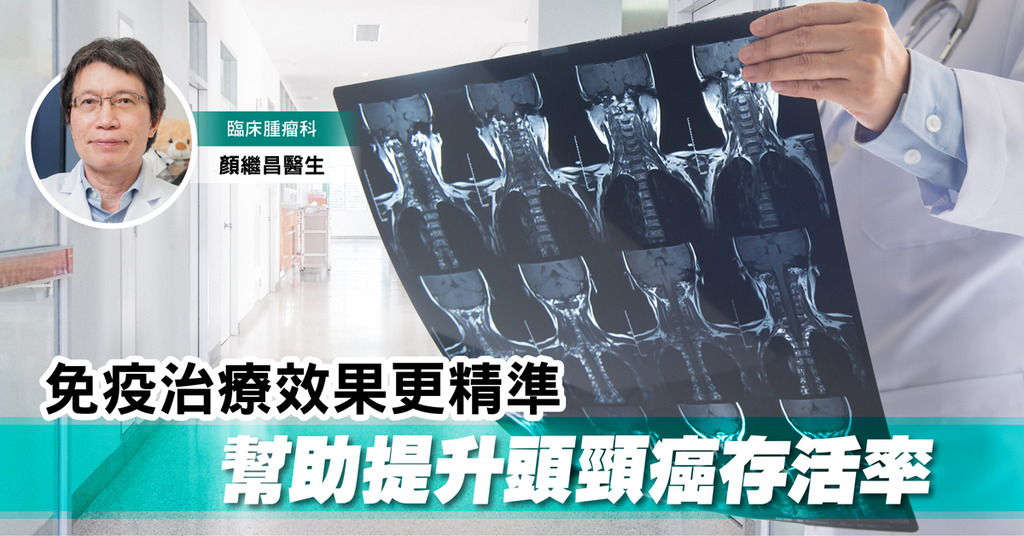 No smoking or drinking is also risky, it turns out that HPV is to blame

Head and neck cancer generally refers to malignant epidermal tumors (mainly squamous and undifferentiated epidermal carcinomas) located in the head and neck (including nasopharynx, sinuses, throat, vocal cords, tonsils, tongue, etc.). The most common causes of nasopharyngeal cancer in Hong Kong are related to “human herpesvirus type 4” (EB virus for short), and studies have also shown that it is related to smoking and preserved food.

Don’t think that if you don’t smoke or drink, there is no risk of developing head and neck cancer. Professor Yan noticed the changes in the past two decades. Head and neck cancer, especially tonsil cancer and oropharyngeal cancer, are gradually affected by HPV (ie human papilloma virus). influences. “When the virus continues to hide in the human body, it has the opportunity to cause cancer. In the United States, nearly 70% of oropharyngeal cancers are related to HPV. But the cancer caused by this virus is very special. However, patients tend to be younger, and they can also develop symptoms in their 30s and 40s. Fortunately, the cancer caused by this virus is sensitive to chemotherapy and radiotherapy, and early-stage patients can also remove the tumor with surgery alone.”


▲ Prof. Yan pointed out that immunotherapy has fewer side effects, which is a great breakthrough and a major trend in cancer research and treatment in the future.

Most people tend to confuse early symptoms of throat or oropharyngeal cancer with symptoms of throat inflammation and delay seeking medical attention. “Thyroid cancer, oral cancer, vocal cord cancer, etc., because the location of the tumor can be observed or palpated, and the early symptoms caused by the tumor include hoarseness or oral pain, as long as the alertness is high, it is easier to find out if you seek medical treatment early.”

Most patients with non-early head and neck cancer require surgery and adjuvant chemoradiotherapy, or high-dose radiation therapy and concurrent chemotherapy, which may cause patients to lose important daily functions, such as speaking, eating, and swallowing. Prof. Yan lamented: “Some patients need traumatic surgery, which has the opportunity to affect their appearance, make patients feel inferior, affect interpersonal relationships, and become depressed.”

Read Also  "Doctor Thira" cites research findings to self-isolate for 5 days after contracting the coronavirus, it must be 10 days or more.

But he continued to share: “Fortunately, the development of treatment technologies in various aspects has also made great progress. For example, surgery has developed to the help of robotic arms, which can remove tumors more thoroughly and accurately. Coupled with the new development of plastic surgery, tumor removal can also be done at the same time. Preserving the original state and function of the organ.” He also mentioned the targeted therapy that has emerged in the past decade. “Targeted therapy combined with radiation therapy in early-stage patients, as well as chemotherapy combined with radiation therapy, is more effective than radiation therapy alone. However, the former is less toxic and can reduce the suffering of patients. With targeted therapy and concurrent radiation therapy, older patients are easier to deal with.”

However, the cost of newer drugs, such as immunotherapy, may not be affordable for everyone. Prof. Yan said: “We need to use a concept of precision treatment to classify patients and find out which patients are most likely to benefit through effective biomarkers.” He pointed out that if suitable patients do not have the financial ability, he hopes the government Even pharmaceutical companies can provide some funding to help patients get through this difficult time. “Immunotherapy is very important for some patients with advanced head and neck cancer. It can help improve their survival rate and bring less side effects than other treatments.” Prof. Yan believes that if the cost of medical resources can be reduced due to fewer side effects, the The overall social cost remains favorable. He expects that immunotherapy will be more widely used in the future to benefit more suitable cancer patients.

This article was produced with the support of MSD to encourage public awareness of health information.HK-KEY-00469 MAY/2022 ‘Kongsak’ reveals that the Thai army has been kept for a long time Prepare for the Asian Games China is expected to hold the tournament next year.
Posted onJuly 5, 2022July 5, 2022

Thai star mile confirmed that the new crown is classified as a green stage and is isolating at home jqknews
Posted onJuly 5, 2022July 5, 2022
Menu