“#Indie game played list” is a sign of fashion. 100 titles, scoring by which one you played –AUTOMATON 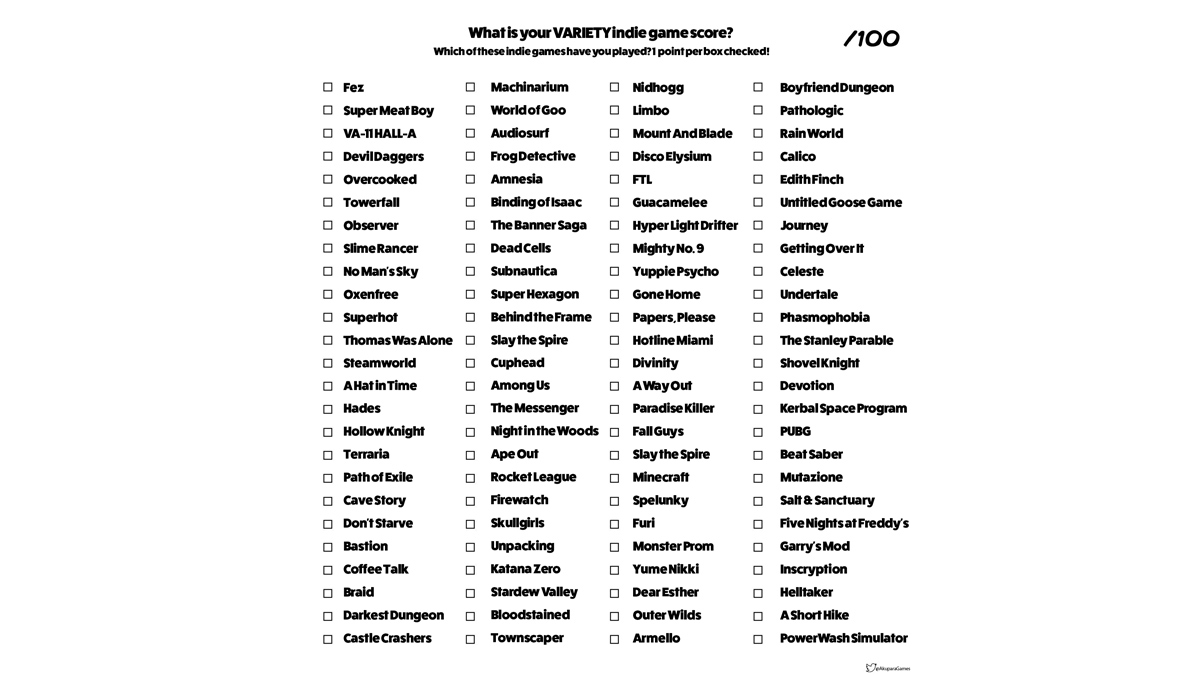 Developer / publisher Akupara Games released a checklist on Twitter on June 21 asking “Which indie game did you play?” It seems that more and more people are challenging this certified list to show off their gamers.

The checklist released this time is entitled “What is your indie gamer score?” I made Akupara Games, which sold the award-winning ADV “Mutazione” at GDC Showcase and the popular work “Rain World” where slug cats survive. The list includes 100 game titles, centered on popular and highly rated titles. By checking “works that I have played” from these titles, the challenger’s “indie gamer score” can be derived.

The works included include blockbuster works such as “UNDERTALE”, “Terraria”, “Stardew Valley”, “Among Us”, “Fall Guys”, “FURI”, “Oxenfree”, “Path of Exile”, “Darkest Dungeon”, and “Va”. It even includes works that have gained strong support from fans such as “-11 Hall-A”. It seems that “Yume Nikki” has appeared as a domestic game. Some of them, such as “Minecraft” and “PUBG: BATTLEGROUNDS”, are of a scale that I don’t know if they can be called indie now. Anyway, the impression is that there are a wide range of works that receive a certain degree of evaluation.

Some have challenged this challenge. First, Akupara Games CEO David Logan took on the challenge and scored 65 out of 100. The CEO is a little defeated because the company’s Twitter representative has a score of 71 points.On the one hand, he scored 99 pointsFierce manThere seems to be some. And Ben Kosmina, a Fellow Traveler who publishes “Citizen Sleeper” and “Neo Cab”, also challenged. He scored 51 points, but said, “Some games can’t be played because of epilepsy.” Also, there seems to be some works that were abandoned due to the unreasonable difficulty.

And, in fact, this list is incorrect. “Slay the Spire” appears twice.Akupara Games, who was enthusiastic about this point, said, “Of course, on purpose, because I love’Slay the Spire’.”replyis doing. On the other hand, Alex Miller-Okiyama, who is developing “Rune Fencer Illya”, is convinced that “I’m playing enough to check twice.” He seems to have played “Slay the Spire” quite heavily. In this way, some users talk about their love for the work through the checklist.

This “list of playing indie games” will have an aspect that invites the pride of gamers. However, it is not great if you play many works. The impact of the list on the challenger varies, with some users looking back at their favorite games and others who have noticed something they haven’t played because of the list.

This list isn’t just a boast, it also seems to serve as a checklist for looking back on gameplay memories and discovering new creations. Akupara Games has posted a blank version of this checklist in the tweet below. There are many works that are familiar in Japan, so please try it. It will be a good opportunity to look back on your beloved indie games and unplayed masterpieces. 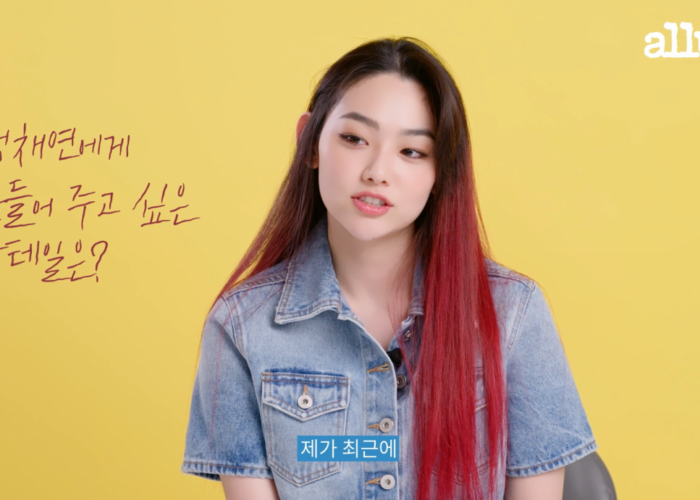