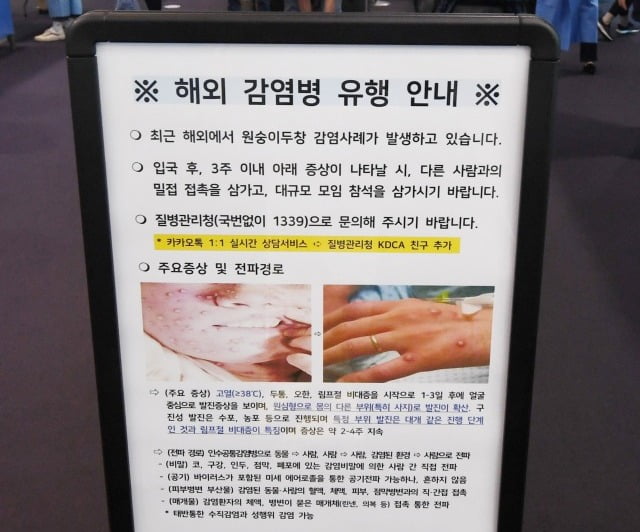 A suspected case of ‘monkey pox’, a viral disease, has been found to have flowed into Korea.

Person A is known to have shown symptoms of suspected monkey pox while entering Incheon International Airport.

Incheon City has designated Incheon Medical Center as a dedicated medical institution in preparation for the possibility of monkey pox entering Korea, and has allocated two isolation beds to help hospitalize patients with suspected or confirmed cases of monkey pox.

Person A is suspected of being infected and is scheduled to undergo an accurate examination.

Previously, the government had designated the disease as a second-grade infectious disease in order to respond quickly when monkeypox enters Korea.

On the other hand, monkey pox is a virus that has become endemic in Africa, and after the first case was reported in the UK on the 7th of last month, it is spreading rapidly around the world.