CCTV news (news broadcast): In the summer of 1998, there was an extraordinary flood in the Yangtze River in the south of China, and the Nenjiang and Songhua Rivers in the north. Under the strong leadership of the Party Central Committee, the military and civilians across the country fought in unity to fight the floods, and won an overall victory in the fight against floods, forming a flood-fighting spirit of “a unity of one mind and unity, not afraid of difficulties, hard work, perseverance, and daring to win”.

After flooding in 1998, a basin-wide flood occurred in the Yangtze River. Thousands of miles of the Yangtze River is dangerous in Jingjiang. In that year, 8 flood peaks came turbulently, and the Jingjiang Dike became the main battlefield for fighting floods in the Yangtze River. The water level of the Shashi section of the Yangtze River exceeded the sub-flood level. In order to protect Wuhan, the Jingjiang flood diversion area entered a standby state, and 330,000 people were urgently transferred. Combining with the development trend of water regimes studied and judged by water conservancy experts, after repeated weighings, the central government resolutely decided: Jingjiang does not divide floods! In the face of the surging flood peaks, hundreds of thousands of soldiers and civilians fought the wind and rain on the Jingjiang embankment and competed with the flood.

See also  [사회]Full control of the underpass on the Western Main Line in Seoul... "Road flooding" 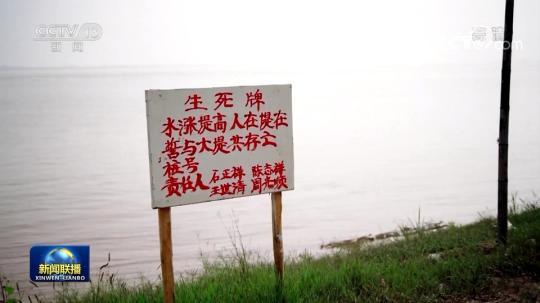 The Yangtze River Jiujiang City Dike broke, and the flood rushed to Jiujiang City. Chen Jiru, then director of the Jiujiang Port Supervision Bureau, and his colleagues drove a barge to seal the breach. In the end, together with the PLA and Armed Police officers and soldiers, the danger was successfully controlled.

Almost at the same time, the Nen River and the Songhua River experienced huge floods exceeding historical records, with three flood peaks successively occurring. The Xijiang River in the Pearl River Basin and the Minjiang River in Fujian also experienced major floods for a while. The People’s Army has invested more than 300,000 people, and local party committees and government organizations have mobilized more than 8 million cadres and masses to fight floods and rescue operations. Together, the military and civilians, with one heart and one mind, have overcome the floods, ensured the safety of important cities and major traffic arteries, and ensured people’s lives. Property safety. 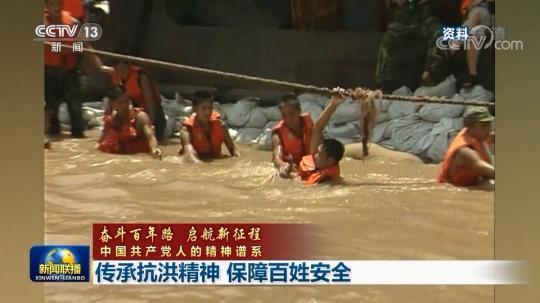 After the 1998 flood, the state increased investment to speed up the governance of major rivers and lakes such as the Yangtze and Yellow Rivers, and raise flood control standards. Since the 18th National Congress of the Communist Party of China, the party and the government have attached great importance to improving the flood control system, continuously improving the ability of flood prevention and disaster prevention and mitigation, inheriting and promoting the great flood fighting spirit, and overcoming catastrophic flood disasters, ensuring the safety of people’s lives and property to the greatest extent.

See also  Amazing! The father took the child to the special room of the hospital. 3 thousand per night, get an old room - moldy ceiling - broken air conditioner
-->

Take it! Bank of China says it can take control of Evergrande debt crisis – PostToday

Change yourself; Or there will be changes: Modi...

‘Niphon’ came out to support the construction of...

At the job party, salaries are government-owned; Secretary...

Suicide due to loan default; Gold jewelery to...