Internally displaced girls and women from Oubritenga benefit from a project

What’s next after this ad

Since 2015, the “Land of Upright Men” has faced numerous terrorist attacks. The consequences of this gangrene are, among other things, the loss of human life, the destruction of the property of the populations and their massive displacements in search of more secure places in other regions.

It is with a view to alleviating the suffering of these internally displaced persons that the Yiikri Association has initiated thanks to the financial support of the PISCCA fund of the French Embassy. the project to support the economic initiatives of internally displaced women and young girls in the province of Oubritenga ».

After 08 months of implementation, a total of 202 Internally Displaced Persons (IDPs) have benefited from training and provision of installation kits.

An implementation that will contribute to the well-being of IDPs

Speaking on behalf of the French Embassy in Burkina Faso, Guillaume REISACHER-KESSLER congratulated the Yiikri Association for the relevance of the project and the seriousness deployed in its implementation, which will contribute to the well-being of IDPs. While promising to transmit the grievances of renewal of the project in other municipalities, he hoped that the different know-how would be beneficial to the beneficiaries.

The president of the ceremony, Sahabani ZEBA, also High Commissioner of the province of Oubritenga, welcomed this project which is timely. ” While it is true that the State and its partners are doing their best to ensure the survival of IDPs, it is clear that their increasing number and the duration of the crisis do not facilitate their permanent care. . It is also in this sense that the project of the Yiikri Association finds its full meaning.

Learning to fish instead of the gift of fish is the whole symbolism of this project,” saidhe added. All asking IDPs to make good use of the material and knowledge acquired. He also pleaded with the French Embassy so that the project could be renewed with the coverage of the three other municipalities in the province. 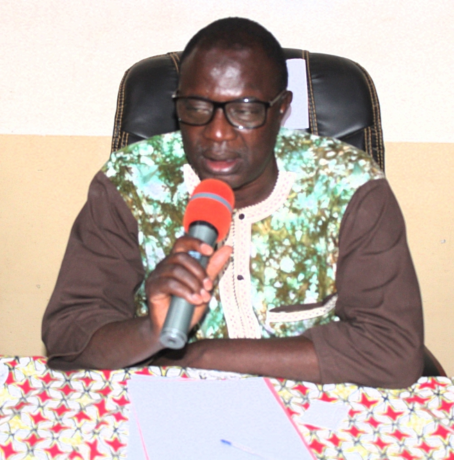 Launched on July 13, 2022, “the project to support the economic initiatives of internally displaced women and young girls in the province of Oubritenga” was financed to the tune of more than 40 million CFA francs for an execution period of 08 months.

It consisted in the training of beneficiaries in catering, poultry farming, processing of non-timber forest products, agricultural products and saponification and the provision of installation kits. For this phase, the communes of Loumbila, Nagréongo and Ziniaré were concerned by the said project.