International views 4 Thai football gurus look at the ‘Chang Suek’ version of ‘Mano’ to the throne of ASEAN or not?

Home » Sports » International views 4 Thai football gurus look at the ‘Chang Suek’ version of ‘Mano’ to the throne of ASEAN or not?

International views 4 Thai football gurus look at the ‘Chang Suek’ version of ‘Mano’ to the throne of ASEAN or not?

Only one day left The biggest football competition in the ASEAN region “AFF Suzuki Cup 2020” will officially open this time the army “War Elephants” The Thai national team has a big mission to restore the dignity of the ASEAN footballers. Come back to call the fans’ faith again.

which the football team “War Elephants” There is a queue to hit the first match against Timor Leste On December 5th at 4:30 p.m. at the Singapore Stadium, Singapore

“Teacher Lang” Mr. Chanwit Pholchewin Former Thai national team manager between 2005-2008 has spoken of this war elephant through his own perspective. There is only one answer in ASEAN competition. only need a champion But admits that the Thai national team’s form has dropped in the last 5-6 years has made opponents have much higher confidence. The team with the most top form is inevitable Vietnam. Because he has been a representative to compete in the World Cup qualifying round of 12 teams in the Asian zone followed by Malaysia, Indonesia, Singapore and even the Philippines. but also confident that if we get the best team to compete And the current coach, Mano Polking, has chosen and the rest is up to the rhythm. and opportunities on the field

“Players who will come up as stars in this team. I believe that the situation will create its own heroes,” said Chanwit.
“Ajarn Lang” also sent strength to the Thai national team players by ending that “Give back the dignity of our ASEAN champions. And I would like to send encouragement to all players. I support every match no matter what style the Thai national team plays. Whoever controls me, cheers every match. I support and wish you success. and bring the championship back to you.” Coach Lang said.

“Coach Heng” Mr. Wittaya Laohakul Former midfielder for the Chang Suek team. And the former Thai national team manager said that football has both offensive and defensive games. If you want to win, you must play offensively. But if you want to win the championship, you have to play defense. Therefore, this team must create a balance both offensively and defensively, which strategy here takes no more than 2 minutes to understand, it’s up to the ability. How much understanding of each player’s game? Coach Mano, he is good at attacking. But must create a balance in terms of the rhythm of changing from offensive to defensive at the same time Mano’s style is to take advantage of the ball. Good counter game especially the set-piece But if playing an offensive game and there is no goal It becomes an opportunity for opponents to counterattack. which at this point every The team that faces us will know our weaknesses. and do their homework very well Still worried at this point. When adding an offensive game, how do you keep your opponent from reacting quickly? which here it is in understanding and discipline of the players on the field

“Of course, with our football system, it is a system that different people train. Different people play, different systems, different styles, which has not been practiced since childhood. For example, Japan or Korea, where he will have a set of 14, 16, 18, 19, and 21 that they train once a month. Week for continuity time to compete on behalf of the national team But our house doesn’t have a base here. Each time we go to the national team There will be a problem of less gathering time. Actually, it’s more of an excuse. Player understanding problems training time Whether in theory or in practice, we will make sure players understand the game.” Coach Heng said.

“Coach Heng” continued that players who think they will show good form in this list, personally see it as “and” Kritsada Kaman, a midfielder from Chonburi FC if there is a chance to enter the field. Because he is a player who can make a difference to the team in midfield. Believe that it depends on the middle ground with the timing of the goals. As for the players in our midfield panels that are attached to them, they are all good quality players. But would like to keep an eye on Singapore in the group stage because he is a dangerous team. There are many highly skilled players. and not careless for us If they can reach the finals, they would not be facing Malaysia or Vietnam, which both teams have to overcome.

“I want everyone in this war elephant team to be conscious. and concentrate to play I was convinced that if everyone took these two various tactics Where the coach teaches, it will follow us as well. Here, everyone has to be disciplined. and play according to plan or the coach’s tactical tactics As I’ve already said, Mano, despite never being successful in the name of the club. but had the opportunity to do the national team He might be a good fit for the Thai national team. with play style and the quality of the players as well.” said Mr. Wittaya

“The Tuk” Air Chief Marshal Piyapong Pewon The former Thai national team striker legend said that this war elephant is the best in many years because the players are quite complete in every position. As for the style of play, it is at Mano Polking himself that he wants the team to play in any way. But it’s a good thing. with good quality players on the team in every position Personally, I think that there is a chance that many players may come up as emerging stars in the Suzuki Cup this time, many of them depend on whether those players will maintain their own standards of play or not. will be “Mui” Teerasil Dangda or “J” Chanathip Songkrasin, as for the rising star “Kan” Thanawat Thungchitthavorn, “Yim” Worachit Kanitsaribumpen and “Arm” Supachai Jaided that the form of play is back in a rather good direction. There is a chance to become a star as well.

“The strength of this war elephant team Of course, we have a complete set of players. As for the weak points, we haven’t seen this team on the field yet, so we don’t know where the weaknesses are. Like the center couple, who will take down? or like the left-back position Of course the first shot Suriya will be stationed first. But the second match will have Chao Um (Theerathorn Bunmathan) back to strengthen. So I haven’t seen a very fragile point. because the team has not yet competed So still can’t predict what the weakness of the team is. But the strengths are quite evident in team formation, unity, quality players, fitness and perfection. This is the strength of this team at all. As for the weak points at this time, it is still unknown. It would have to wait for the competition to begin.” said the tuk

“The Tuk” added that Expectations for this war elephant team this year we have a chance to reclaim the championship throne. with many elements, whether it is having a good coach getting good support It must be the only champion. There would be no other words other than the word “must be a champion”. I must say that in our line There is not a single troubling competitor. whether it is Burma Or will it be hosted like Singapore, Philippines, Timor, but will be troubling in the semifinals who will only meet? Whether it’s Vietnam, Malaysia or Indonesia. That is still unpredictable. However, I still believe that the Thai national team should be number one in the line.
Piyapong also sent strength to the Thai national team players by ending that “Of course, everyone is already sacrificing to serve the country. I will always cheer and encourage the youngsters. Everyone did an excellent job. and bring success to the Thai national team Because all football fans are watching the success of the Thai national team already.”

“Coach Short” Mr. Saul Phopprasert Former Thai national team engine room and eloquent consultant said that the style of playing of the Thai national team It must have been from Coach Mano’s point of view rather than having to create a game plan. I myself may not be able to answer in this angle. Or may be able to see the style of attack like a daredevil, like the time in charge of True Bangkok United, which focused mainly on the attack game. With two defensive midfielders, it is possible. The weakness of the War Elephant team now would be a matter of teamwork. With little time, but he substituted in this section by adding a group of players who had played together all the time to a 30-man list. Hopefully football with a shared imagination will work. It must be a matter of experience. existence that used to be together And then it’s more about relationships. Otherwise, you have to adjust the game per game.

“Coach Tia” added that As for the shins that are likely to show outstanding form in this tournament Probably the youngsters But to get on the field or not is another matter. For example, if going to play, I think it should show good form. But if you go and don’t play, it’s useless. For example, in the first game against Timor Leste, I think Mano will give many players a chance. People have proven themselves in this game whether they can play or not.

“The Thai national team is now superior. especially the name of the player’s class What football class of ours is superior to all teams in ASEAN? But do not forget that we will have to face the Philippines where he washes the whole set of machines, it’s not certain. Especially his players who are playing abroad should be another heavy game. And can’t be careless. As for Vietnam, he is already strong. But personally, I think the Philippines is another team that should be a dark horse this time. Ask all players who represent Thailand. play with equanimity and use experience through the heat and the cold The matter of the emotion of the responsibility that must be borne is asked to be removed first. If you can take it out, it will be more comfortable and easier to play.” Coach Tia said

Thai football fans, don’t forget to send encouragement to support the warlords, players, “War Elephants” with the mission to claim the throne of ASEAN. You can follow and watch and send encouragement to the athletes to Singapore through live broadcasts at the Golden Army Television Station, Channel 7 HD, Channel 35. 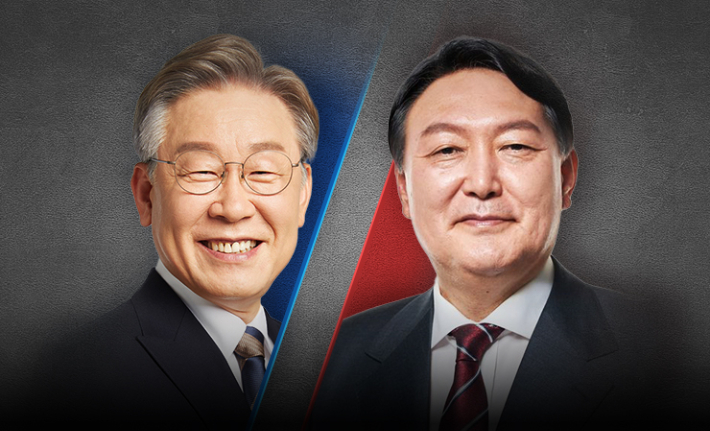 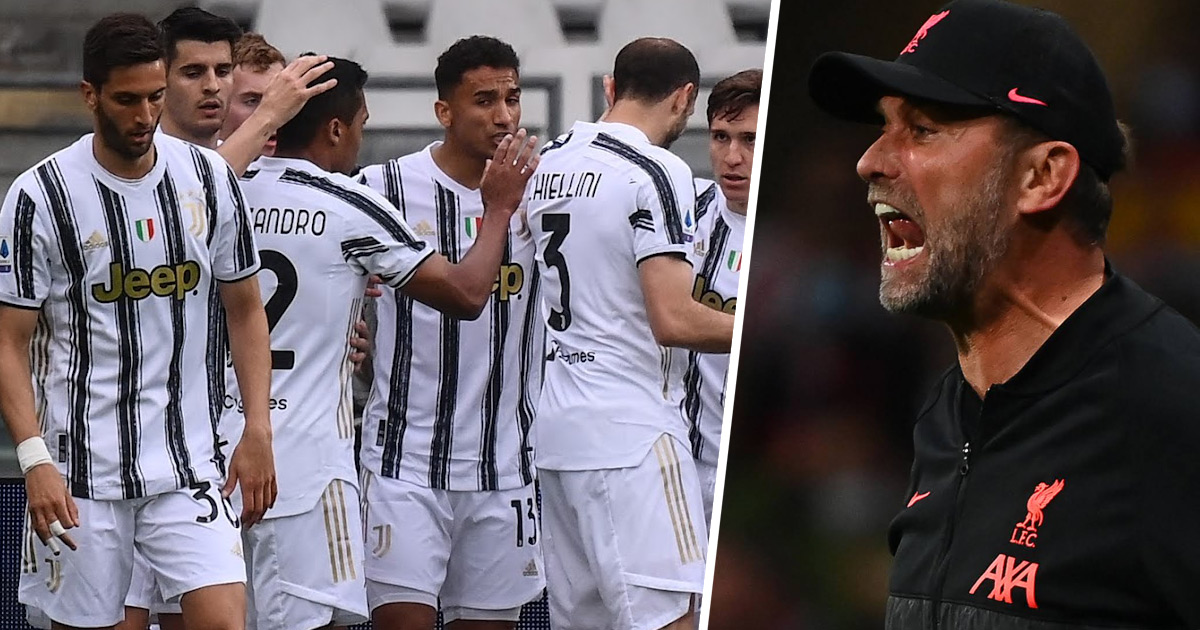 Liverpool Became the news that you want to get yourself Paulo Dybala, the great striker of Juventus let’s createfootball resultsto the team after the player’s 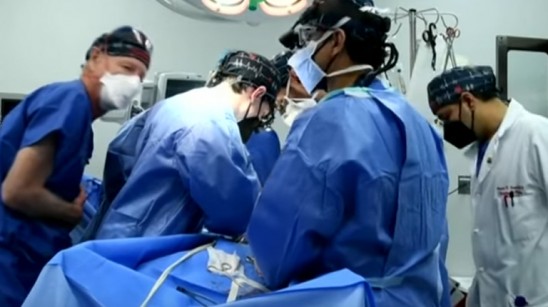 Maryland The person who received the heart of the genetically modified pig was successfully passed two weeks later. The United Therapeutics Corporation (UAB), a biotechnology