The latest extension of the “Dragon Quest” series developed by Square Enix “Dragon Quest Treasure Hunting Expedition Team Blue Eyes and Sky Compass” will be released this week. Before the launch, Asian media interviewed the producer of this work Inuzuka Taiichi, he was also the producer of the series “Dragon Quest Monster Wonderland” (hereafter referred to as: DQM) in the past.

Looking down this time, before the interview started, the producer Inuzuka wrote a paragraph for Chinese-speaking players, and also outlined and described the structure of this game. For players who have been in contact with the “DQ” series, it’s worth reading first. Look.

Everyone who is looking forward to (I will be very happy) the release of “Dragon Quest Treasure Hunting Expedition” Chinese speaking players, I am the producer of this game Inuzuka.

This is the first time I have launched a local version of a work in the Chinese circle. I don’t know what “Dragon Quest” you have played in the past? “Dragon Quest XI”? “Dragon Quest Genesis Mini Player”? “DRAGON QUEST MONSTERS”? Or are you a very loyal fan who has played all the way from the first generation of Super Famicom “Dragon Quest”? Or is the Dragon Quest Treasure Hunting Expedition your first challenge in the series?

The “Dragon Quest” series is a large-scale RPG with plot orientation from Japan, and this work “Dragon Quest Treasure Hunting Expedition” is a derivative work derived from the original “Dragon Quest”. If you were expecting a big plot like this, I’m sorry to disappoint you.

“Dragon Quest Treasure Hunting Expedition” is not such a game, but a work that focuses entirely on “treasure hunting” and strives for excellence.

Since it is the story of Camus and Maya in “Dragon Quest XI” when they were young, it is not completely devoid of plot, but the short and powerful teenage stories that we prepared completely to start the adventure journey of treasure hunt. Elements like monsters that will become partners, battles, growth systems, and wilderness exploration are all designed to enrich the treasure hunting process.

Another feature of this work──This is a game that can be played freely and easily. The complete opposite of high-performance, high-resolution epics that can be opened and played casually, then put down when you’re satisfied (of course, I don’t want you to put it down!).

All in all, I hope you can muster up the courage to pick up this game.
A life of treasure hunting that belongs only to you must be waiting for you.

Q: Why did you choose Camus and Maya as the main characters of this work?

A: Originally, it was decided to choose the main character from the popular “Dragon Quest 11”, and the most suitable candidates in the combination of man and woman are brother and sister. A: As far as the timeline is concerned, this work is the plot of “Dragon Quest 11” more than ten years ago, but it is true that apart from these two characters themselves, no will have more connection with “Dragon Quest 11”.

Q: How many types of monsters can be partners in this work? Q: How long is this game?

A: It only takes about 15 hours to clear the story. If you include the elements after completing the customs clearance, it will take about 30 hours. It will take 100 hours to collect all the treasures.

Q: What was the reason for abandoning the turn-based combat at the beginning of the design of this work? Talk about the action combat design this time?

But overall, this work is for light players. 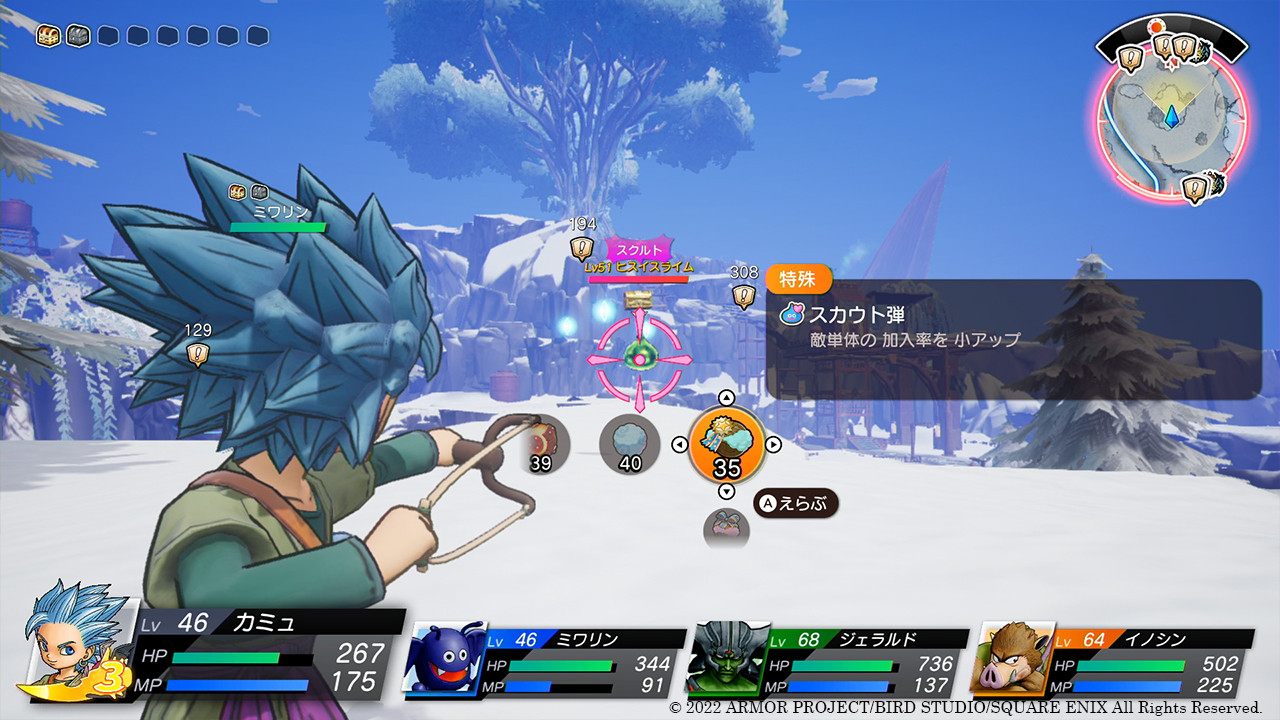 C. The “Co-Exploration” that is currently public has five types called “Great Leap/Gliding/Sprinting/Hunting/Searching”. Does it mean the team has to have monster partners with these five exploration abilities? One for each, so you won ‘Not stuck on the road to explore? But you can only take up to three partners on the adventure? And will this limit the player’s mix of monster teammates?

A: This is indeed true at the moment, but the design does not require a chain inspection to pass the level, so players can still bring the monsters they want.

Q: Why did you choose to launch it on Switch? Is it to take advantage of the Switch’s unique operating features?

A: Originally, during the conception period, it was conceived as a new work of the “Dragon Quest Monster Wonderland” (DQM) series, so Switch was selected, but the special functions of Switch were not used. Q: As it is a new series, will it become a series in the future? Or is it just one item?

A: Since it’s a brand new rumor mill, I don’t know how the players will react. So, whether it’s a sequel or a DLC, it depends on the player’s reaction after it’s released.

Q: The producer has just mentioned that this work was indeed conceived as a sequel to “DQM” in the conception stage, but how did you think of turning it into a new work?

This work started with the production of a brand new Dragon Quest work, and then a test version was made about a year ago, but the finished product was not ideal, so it was decided to use a treasure hunt as the theme. This work may still have the shadow of the “DQM” series, but it became a current game after it was changed to treasure hunting as the main axis. 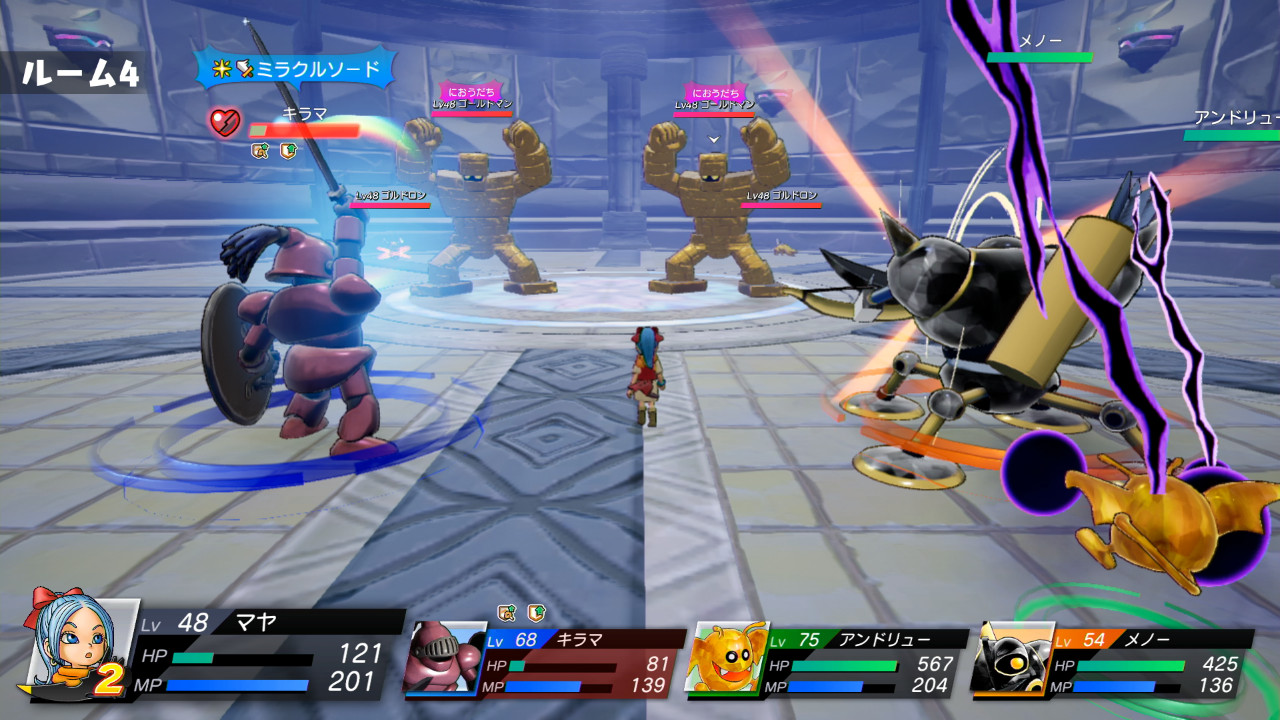 Q: Will there be a monster synthesis system in this game?

When deciding to become independent from “DQM”, since the game is based on hunting treasure rather than growing monsters, it was decided to remove this element.

Q: Will there be cross-platform plans?

A: There is no such plan yet. 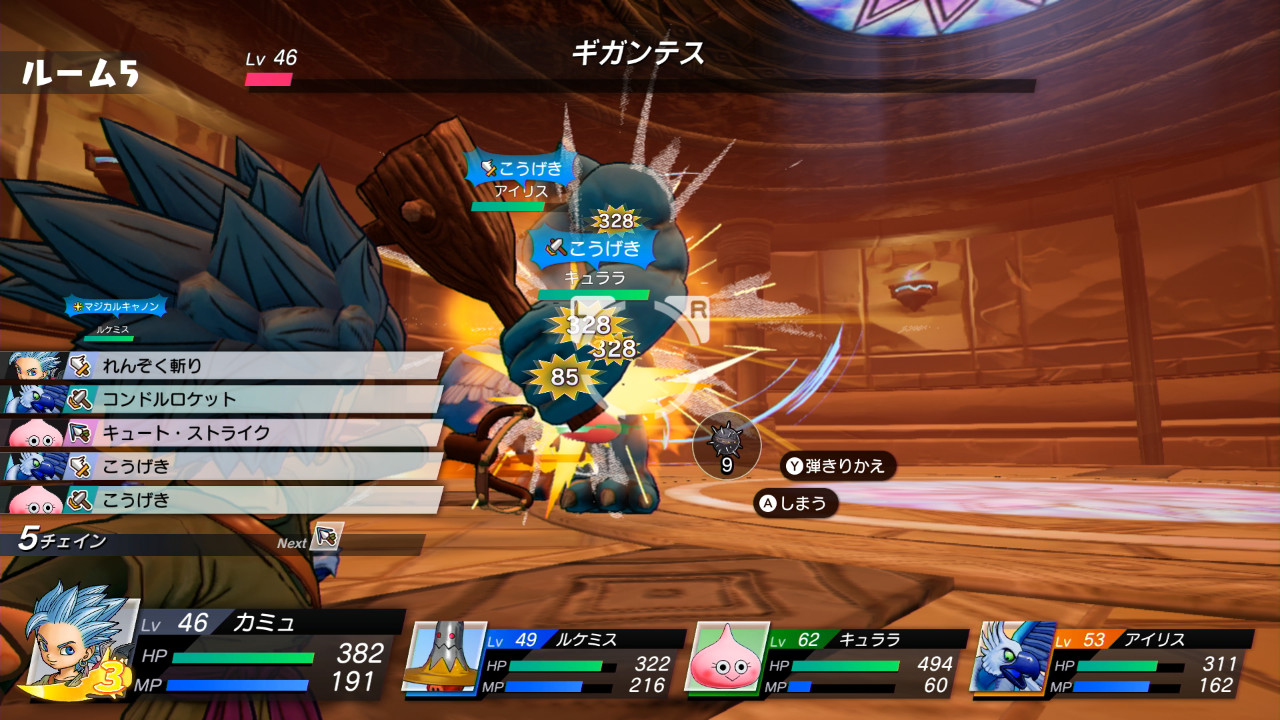 Q: What special design does this game have for treasure hunting?

A: Regarding the treasure hunting system, you can find some props from the main story, side story work, and even mobile game work in the game. For example, in “DQ4” Alina once destroyed the wall at the time, there will be a treasure that reminds players of this plot.

In addition, models of the main characters and monsters of the past will also be included in the treasure. Even some peripherals actually sold by SE, such as the King Slime keyboard, etc., of course, the world scene props of this game will also appear in it.

Q: Do you recommend which monster romance skill you must check?

A: Since only the monsters that are brought out can use romantic skills, it is equivalent to asking which monster to come. I always answer that I like all monsters, so I recommend them all. A: It is true that different monsters have different fighting skills, and chain exploration is also different, but it is not mandatory to bring which monster. We hope that bringing different monsters will also give players a different feeling, so that the player’s game process will not go smoothly because of not bringing certain monsters.

A: Since I don’t use Cyclops very much, I forgot about it. In terms of perspective, the monster’s vision is mainly based on the monster’s appearance, for example, Dorachi’s vision is black and white, and the Cyclops is relatively tall. So the field of view will be higher, and it will be more blurred. But we don’t make any position particularly difficult to use. Q: Will there be a social sharing function that allows players to upload their own images?

A: This work has such a function, but it cannot be presented in detail yet. But it is true that you can share personal cards, or you can send monsters to other people’s homes to play, and there are some simple communication functions.

Q: Is there any situation where the price or quality of the same treasure is different after it is identified? Are there treasures that require special conditions to find?

A: At the beginning, players will have a team level, and the more treasures they bring back, the team level will also increase, so it is true that the same treasure will increase in value due to different team levels .

Some props can be found repeatedly, and will have different qualities. There are also some treasures that can only be found once, so they will be treasures of a fixed level. As for whether there are treasures obtained under special conditions, of course there are, such as following the main line to appear, or completing a specific task. 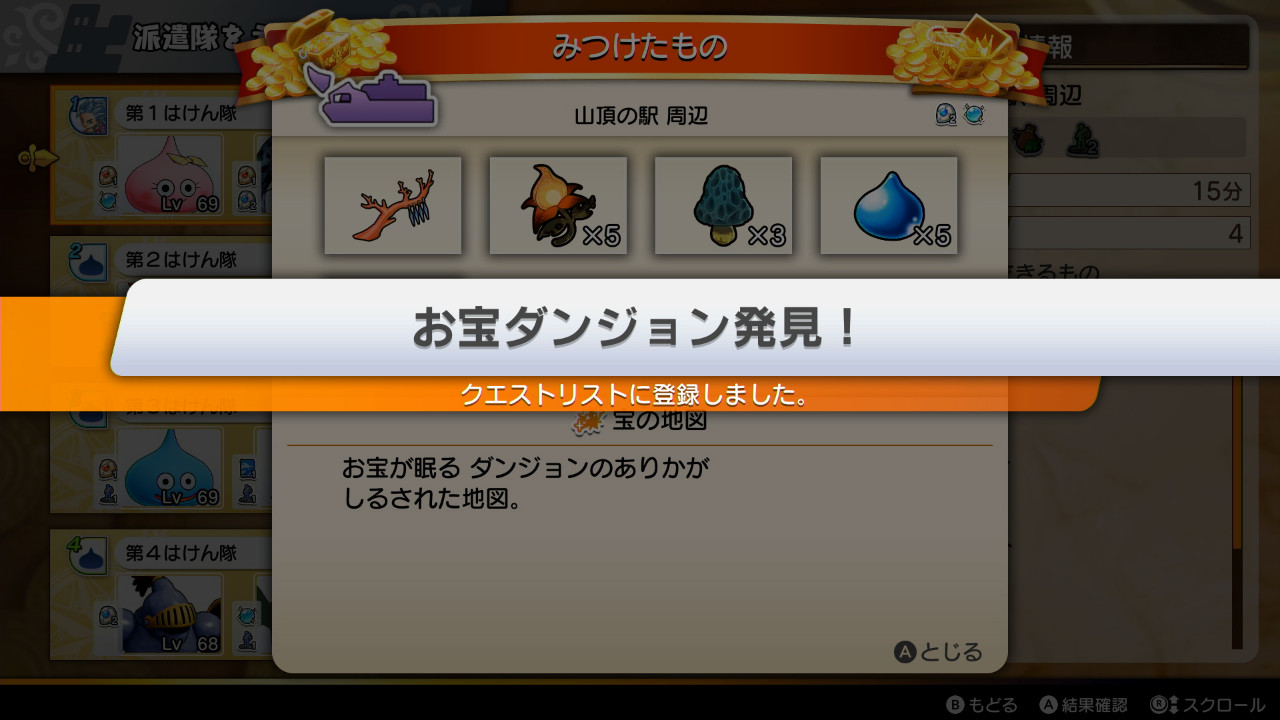 Q: Is there any update plan after release? Like treasure map or new monster companion, etc.

A: The current situation is not yet As mentioned earlier, everything depends on the player’s response.

At the end of the interview, producer Taiichi Inuzuka said: “This is the first time that the work I am responsible for will be released in Chinese. I have never had contact with players in the Chinese circle before, so I’m looking forward to the reaction of the players in the Chinese circle. So, if some players are interested in Interest in this game, play it and let us know what you think.”