Is there any problem with the news of the ‘disclosure’ and ‘forced recent situation’ actor being attacked? 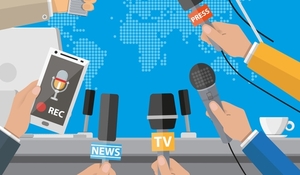 The starting point was the incident article. On the 14th, the JoongAng Ilbo and other media reported that a man was arrested by the police on charges of trying to kill her wife, an actress, with a knife. TV Chosun mentioned the victim’s past occupation through an ‘exclusive’ report.

After the first report, netizens began to guess who the actress was in spaces such as internet communities, article comments, and social media. Estimates were made based on the age of the perpetrators and the victims revealed to the media.

Whenever ‘a hot topic in the online space’ came up, the media poured out articles, and in this process, there were a lot of articles that were concerned about ‘second harm’, but it is the same this time. As of the 17th, the fourth day after the first report of the incident, if you search for the keyword ‘acquired actress’ on the portal Daum, 353 articles appear.

Follow-up report that made it possible to estimate the identity

TV Chosun reported on the 16th that through an online article, it was confirmed that the perpetrator had been diagnosed with ‘anger control disorder’. This article had a ‘exclusive’ preface. JTBC published an online article and said, “(The victim) was hospitalized while hiding the fact of damage from his acquaintances.”

When the victim actor was identified, the recent news article

In a situation where the victim was presumed, there were no articles in the media directly mentioning the victim’s real name. However, there is a problem in that he wrote a forced recent news article that re-illuminates the victim instead. Victim A has not received media attention recently. However, for three days from the 15th to the 17th, immediately after the incident, there were 27 articles mentioning Mr. A’s real name after the portal.

Most articles dealing with this end with only ‘broadcast content’, but sports trends also mention ‘events’. The sports trend covered the contents of the broadcast in the article, and then added, “Apart from XXX, a recent incident in which a female actress in her 40s was stabbed in the neck by her husband, who is younger than her in her 30s, has recently emerged as a topic of discussion.” Although it was written as ‘separately’, it is a composition that can only be interpreted in relation to it. It was an article that received attention when searching for the victim’s actor’s name and keywords related to the attack on the portal while the attack incident and the actor’s real name were included in the article.

When it became an incident that attracted the attention of netizens, YouTubers invariably came forward. The Garosero Research Institute visited the site of the damage and reported on it. He continued to mention the victim’s name without anonymity, revealing who the victim was.

The problem is that the media played the role of a loudspeaker for Ga Se-yeon. There are 41 articles dealing with the video of Ka Se-yeon alone. Because Gas Se-yeon’s content is problematic, most of the content was only introduced to the content, even if they used critical expressions or referred to them as ‘controversial’.

As in the article ‘Ga Se-yeon reveals her real name as an actress in her 40s, ‘Secondary damage if she doesn’t reveal it’ (Break News), there are cases where Ga Se-yeon’s position is written in the title as it is, and “Ga Se-yeon who found the real name and address of an actress in her 40s” (Ajou Economic Daily) ) ”Do you know the actress ○○○?’.. Se-yeon Ga, a question to the residents’ (Seoul Shimbun) ”The actress who was attacked with a weapon is OOO” OOO”… There are also articles with titles that seem to be introduced, such as Ga Se-yeon, revealing her real name and going home’ (Seoul Economic Daily).

There were also many articles written by YouTuber Jinho Lee. He did not disclose his real name, saying that he was concerned about the damage, but some media that reported this paid attention to the provocative or curious part of his remarks. ‘I know the identity of the 40-year-old attacked actress from XXXX… Unexpected person’ (Edaily) ”Actress in her 40s attacked = Top star NO, remarried in top secret… It should not be revealed” (OSEN), etc.

The Chosun Ilbo reported, “The actress was attacked by her husband during separation… Ji-Woo Choi’s article was placed in her main position among the first screens of Naver subscriptions. I did not write related articles on the paper, but I placed them as ‘important articles’ online. It is difficult to say that this article has an important meaning that the Chosun Ilbo, a general daily newspaper, should highlight the most.

If you look at the ‘by-line’ (author) of related articles such as forced recent status and YouTube dictation, it is clearly revealed that they are online correspondence articles. In Ilgan Sports and Seoul Economic Daily, an ‘intern reporter’ wrote related articles. MBN published an article under the name of ‘Digital News Department’ without a reporter’s name. The Korea Economic Daily was written by a reporter from Hankyung.com, an online organization, and Chosun NS, which was created to increase online traffic for the Chosun Ilbo.

Kim Chang-sook, a research professor at Ewha Womans University, who gave a presentation at the ‘Tabloidization of Mobile Portal Journalism’ seminar in April, said, “It stands out that the articles on the (tabloidization index) are articles from major media companies.” It has been pointed out that it appears mainly in the media.

The news that the family of a missing elementary school student who said they were going to live for a month was not apprehended… search expansion synthesis
Posted onJune 26, 2022June 26, 2022