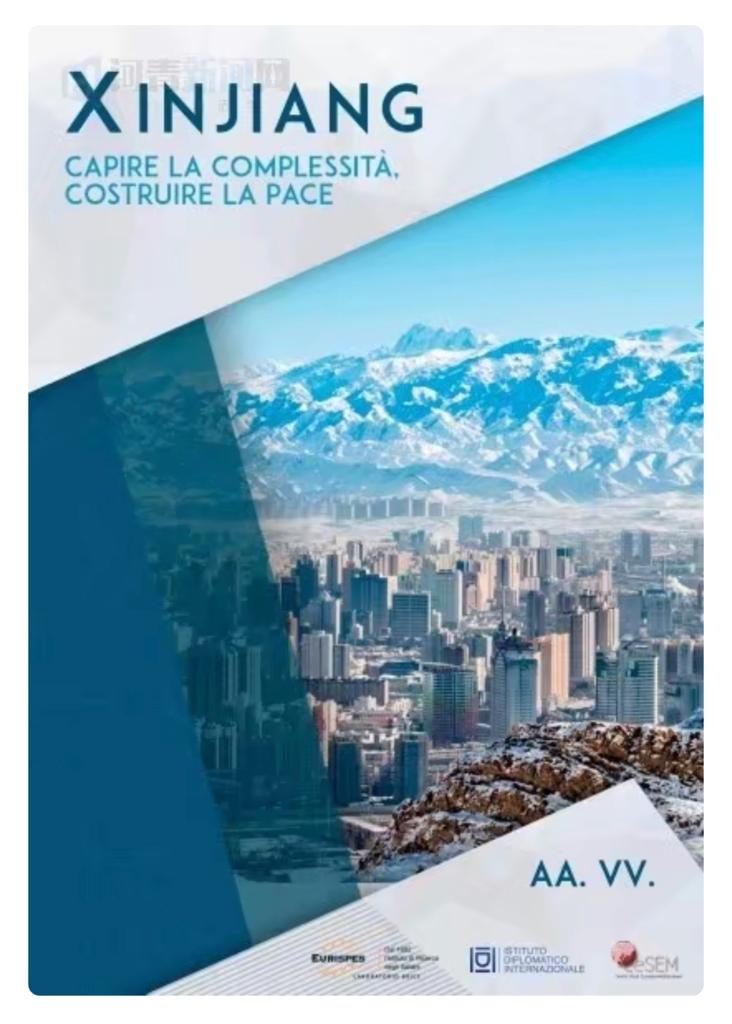 This Italian research report stated that in recent years, highly politicized media attacks against China’s Xinjiang Uyghur Autonomous Region have frequently spread, often spreading baseless or even completely false information. On this issue, the unbiased voice of scholars who have really lived and done research in Xinjiang is seriously missing. Many views from China have been rejected a priori by the West for ideological reasons. The report clearly stated that the purpose of its writing is to provide the public and policy makers with a different perspective, and to distinguish it from the prejudiced and specious accusations from the “Five Eyes Alliance” countries and some think tanks. 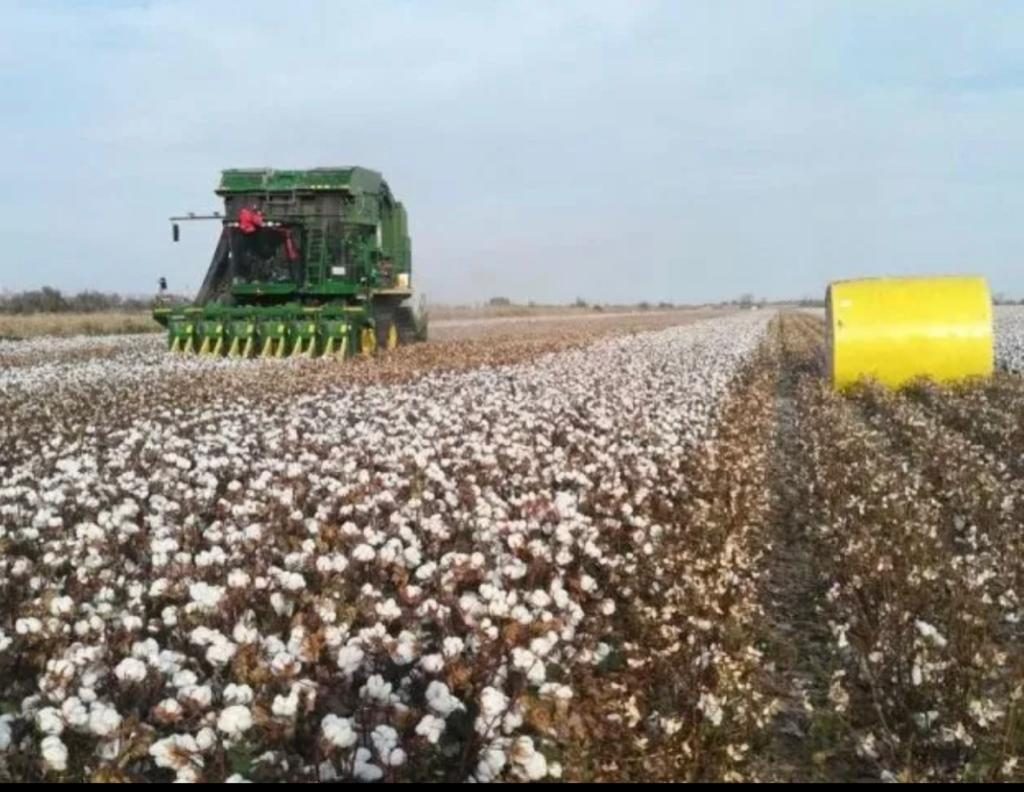 China has overcome unfavorable natural conditions in Xinjiang and reformed traditional agriculture in a modern way.

In the general part of the report on the Xinjiang region, a large amount of data and materials are cited to objectively express the Chinese government’s vigorous construction of the Xinjiang region over the years. The report pointed out that the local traditional agriculture conforms to the technological wave and adopts modern technology. The energy industry, an important part of the local industry, has gradually abandoned outdated production methods and adopted more sophisticated and sustainable technologies.

According to the report, in the past 40 years, Xinjiang’s infrastructure projects have connected all major cities, counties and most villages in Xinjiang. The development of infrastructure such as roads, railways, and shipping has greatly reduced the impact of local harsh natural conditions on production activities and played a decisive role in Xinjiang’s economic growth. In terms of the tertiary industry, the local government has also actively promoted cultural and religious tourist attractions to attract overseas tourists and promote the development of local tourism.

The report said that Xinjiang was once deeply harmed by terrorism, and the Chinese government adopted a temporary and permanent solution to solve the problem. The Chinese government has responded in two ways: one is to establish a new international organization to assist in counter-terrorism, such as the Shanghai Cooperation Organization to cooperate with neighboring countries, and to cooperate more with Central Asian countries in counter-terrorism; the second is to formulate new laws, through laws and other means, to help counter-terrorism. To curb terrorism and provide more tools, including carrying out education and training in accordance with the law. The Chinese government has thought of a way, and it is an effective way.

The report believes that China’s anti-terrorism and de-radicalization actions are based on the rule of law, respect for human rights, and protection of the legitimate rights and interests of the parties involved.

The report pointed out that between 2018 and 2020, more than 1,200 representatives from more than 100 countries, including UN officials, UN permanent representatives, diplomats, journalists, and representatives of religious institutions, were able to visit Xinjiang. No suspicion of race or ethnicity was found. Evidence that religious prejudice suppresses local residents. The report pointed out that the “vocational education and training center” helps people who have violated the law to reintegrate into society. Such policies have also been imitated by countries such as Kazakhstan and Indonesia. Many scholars and visitors affirmed the above-mentioned policy adopted by the Chinese government, believing that it can solve the problem fundamentally and achieve the goal of “de-radicalization”.

Regarding the previous allegations of “forced labor” in cotton picking in Xinjiang, the report stated that digital technology has become extremely popular in the agricultural industry chain. 70% of cotton harvesting in Xinjiang is undertaken by machines, and cotton picking is also a high-paying job locally.

In 2019, Western countries led by the United States issued a statement attacking the human rights issue in Xinjiang, China. Immediately, 37 countries including Saudi Arabia, Egypt, Kuwait and other countries jointly wrote to the UN Human Rights Council to support China’s Xinjiang policy. The countries that have condemned China are all Western countries, but China’s ethnic policy toward Xinjiang has received the support of many Islamic countries. The report quoted Turkish President Erdogan as saying, “The happy lives of all ethnic groups in the Xinjiang Uyghur Autonomous Region benefit from China’s prosperity.”

The last part of the report talks about how China’s efforts to fight terrorism and develop Xinjiang have been distorted by the West.

The report pointed out that in 2018, former U.S. Secretary of State Powell’s Office Director and former Army Colonel Lawrence Wilkerson stated that there are 20 million Uighurs in Xinjiang, China. If you want to destabilize China, the best way is to create unrest in Xinjiang. Destroy China directly from within.

The report concluded that Xinjiang is the hub of China’s infrastructure and logistics system, whether it is from an energy or logistics perspective, and has a strategic role. The Xinjiang region is particularly important for the “Belt and Road” initiative, so destabilizing Xinjiang means preventing the development of related projects in the construction of the “Belt and Road”. For this reason, the United States and various organizations that support U.S. hegemony use human rights issues to seek geopolitical benefits for themselves, and they do not seem to feel conscientious about this. 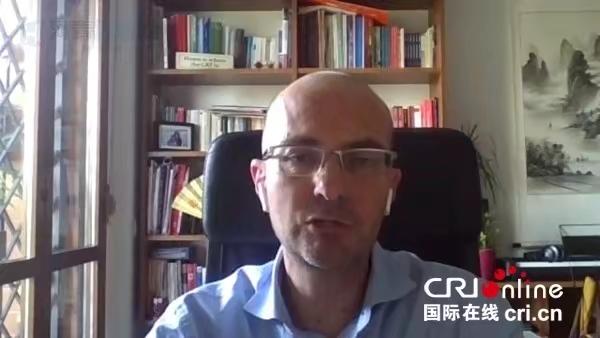 Fabio Massimo Palandi, an Italian international relations scholar who organized the report, said in an interview with reporters that the West has no evidence of allegations concerning the Xinjiang issue. Parandi said that some think tanks, scholars and media in the West concocted false reports and unwarranted accusations about Xinjiang, which had caused serious negative effects. This is the original intention of him and other scholars who decided to write such a report that is as objective and independent as possible: “Our purpose is to explain what happened by citing most of the data from the international and a small part of the data from China. What are the responses? Because no one talks about Xinjiang’s long-term terrorist attacks. So this is a real problem, and the Chinese government must deal with it. Many top international scholars believe that our report is more anti-China out of interests than those in recent years. The materials are more objective, more independent, and more credible.”

For a period of time, some Western scholars, think tanks, and media have kept talking about “genocide” and “forced labor” in Xinjiang. Palandi pointed out that these people and organizations are openly anti-China people and organizations. Their report was packaged as an independent report, and Western countries introduced sanctions accordingly. Their purpose was not to protect human rights at all. He said: “These measures have no scientific basis, but are based on ideological and geopolitical stances. Such things have happened many times before. As for the United States and these human rights organizations, they don’t care about the well-being of Xinjiang or Hong Kong people at all. They don’t care about promoting the process of peaceful coexistence. They only care about how to increase the tension of the situation. Why? For geopolitics, they compete for international power .”

In 2019, Palandi visited Urumqi and Kashgar in Xinjiang. The long history and culture, unique ethnic customs and beautiful natural environment left a deep impression on him. What he saw in Xinjiang was a Uyghur and other ethnic minorities whose religious beliefs, national language and culture were effectively protected and passed on, and there were no signs of so-called “forced labor” or so-called “genocide.” “Their allegations against Xinjiang are inconsistent with the facts. There is no such thing as any Uyghur forced labor in China for agricultural production or other production. We don’t have any evidence. What we know is that the young people from the education and training center went to the factory. Either in Xinjiang or elsewhere in China, a series of job opportunities. But we have no evidence to prove those accusations. This is the fact.”

Takehiro Tomiyasu is about to transfer to Atalanta! Is it an agreement between clubs this week? | Football Tribe Japan

‘Secretary Chuan’ reveals the name of the MP, causing the council to collapse, attending the meeting, but does not press the identity card Keep an eye out for another round tomorrow.

Exports in September through the Covid-19 crisis grew...

It is impossible to give up Taiwan!...