“It’s Nam, no matter how you do your hair…” Lee Dae-nam, angry over Ansan’s short-cut controversy

Criticism is growing over the excessive criticism from some netizens surrounding Ansan (20, Gwangju Women’s University), who has won three archery medals (mixed, women’s group, and individual women) for the first time in Olympic history.

Not only women, but also men in their 20s and 30s, including Lee Dae-nam (a man in his 20s), are responding that the controversy surrounding the Ansan player itself “does not make sense”. When major foreign media such as Reuters and the BBC reported that “attacking Ansan player’s hair style as a ‘feminist’ is online abuse”, the 2030s said it was “shameful”.

This controversy began to become known to the public on the 25th when body psychologist Han Ji-young proposed the ‘Women_Shortcut_Campaign’ on her Twitter on the 25th.

Ji-young Han also shared a captured article from an online community post. The post was titled ‘There is a 90% or more chance that a woman’s college student’s short cut is a feminist’, and said, “That’s why I don’t support Ansan.”

Han Ji-young said, “For sports players, ‘Why do you cut your hair?’, ‘Are you a feminist?’ He wrote, “More short-cut women should stand on stage and become visible.” 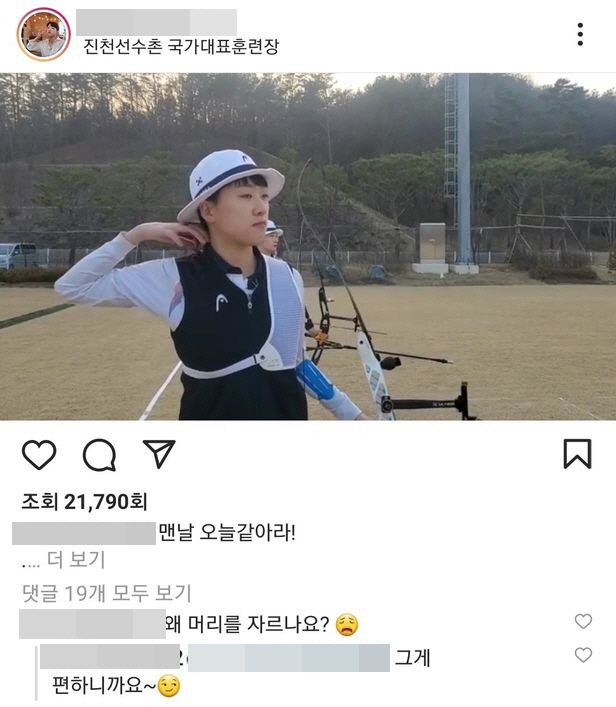 Women certify their short-cut hairstyles on social media, such as ‘There is no one in the world who is born with long hair’, ‘Hairstyles are not exclusive to any gender and anyone can do’, ‘Shortcuts on this hot day are the best’ Posts were shared.

In addition, as opinions were gathered to take an active response, mainly online, articles were posted one after another on the bulletin board of the website of the Korea Archery Association, asking to protect Ansan players at the level of the association.

As of 4 pm on the 30th, the number of cheering messages for Ansan players posted from the 28th exceeded 6,000.

Kim, 28, an office worker who shared the poster on her SNS on the 29th, pointed out, “I don’t know why I use the word “controversy” around Ansan player. did.

Also, in relation to the reports of such feminist debates as ‘online abuse’ in Reuters and BBC foreign media, responses were pouring out among those in their 20s and 30s, saying it was “embarrassing and shameful.”

“It seems that gender conflicts are intensifying in some communities, but I don’t understand it,” said Kim, 33, an office worker. 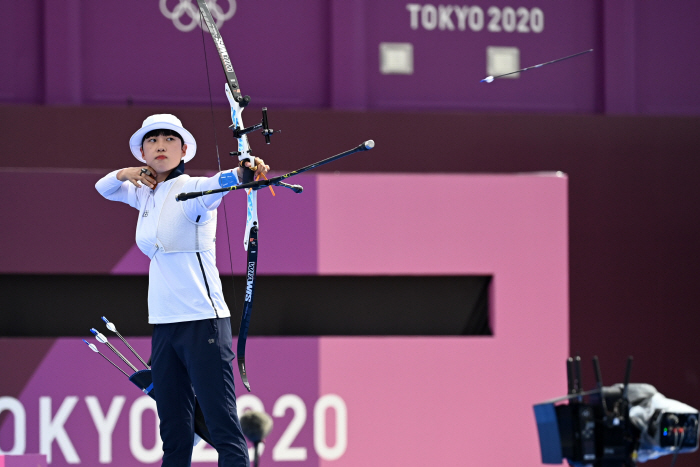 University student Bang Mo (male, 26) also said, “It seems that the conflict started in some online communities, and my male friends around me are also absurd about the controversy surrounding Ansan. I don’t know why there is controversy.”

■ Controversy The person who wrote the comment was a foreigner?

Controversy continues over the identity of the netizen who replied to Ansan’s Instagram, “Why do you cut your hair?”

Considering the surrounding circumstances, there is a possibility that the netizen who sowed the seeds of controversy is a foreign K-pop fan. Some point out that the person who wrote the comment may have asked the question because of the unfamiliarity felt from a simple cultural difference.

Currently, there is not enough information that can be specified through this netizen’s Instagram. Most of the people who subscribe to the account are foreigners with IDs and names. The only things that can be confirmed are that he made a K-pop list using the Instagram story function or that he tagged his acquaintance on the Instagram of an Indonesian archer. There is no introduction other than this, and there are no posts as of the 30th.

The Lakers’ acquisition of Westbrook, suspected of “not meshing with Revlon,” is actually a sign of the birth of a “Big 3” that surpasses Nets-Basketball Count |

[ML화제]hit the ball? throw a lot? The reasons...

July 1, 2021
We use cookies on our website to give you the most relevant experience by remembering your preferences and repeat visits. By clicking “Accept All”, you consent to the use of ALL the cookies. However, you may visit "Cookie Settings" to provide a controlled consent.
Cookie SettingsAccept All
Manage consent