K-Defense, using Poland as a bridgehead to tap into the European market 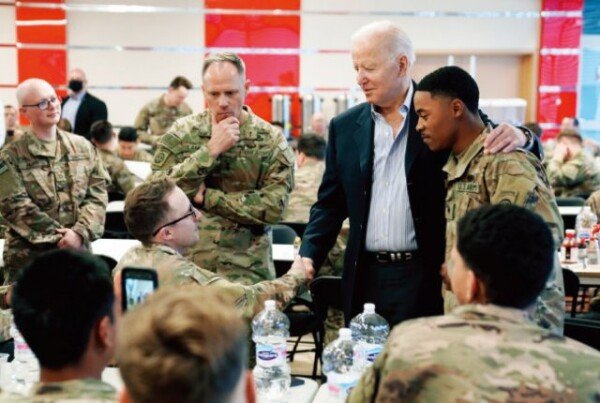 The issue that heated up the domestic defense industry the most in June was the visit of the Polish Ministry of Defense delegation to Korea. The Polish Ministry of Defense delegation led by Defense Minister Mariusi Włashchak entered South Korea from May 29 to June 1 and visited the Ministry of National Defense, Defense Acquisition Program Administration, and major domestic defense companies one after another. After visiting Korea-made weapon systems, Minister Włashchak said at a press conference that he was pursuing the purchase of a K2 tank. There was also a report that Korea was exporting 180 K2 tanks to Poland. Hyundai Rotem, a K2 tank manufacturer, drew a line right after the report saying, “Negotiations are still in progress and nothing has been confirmed.”

“Germany Lingtausch program is a lie”

Recently, there has been a growing resentment towards Germany in Zoya, Poland. On May 24, a few days before the Polish Defense Ministry’s visit to Korea, Polish President Andrzej Duda publicly criticized Germany at the World Economic Forum (WEF) in Davos, Switzerland. Duda claimed that German Chancellor Olaf Scholz’s so-called “Ringtausch” program announced in April was a lie. The Lingtausch program is based on the framework of the German government providing modernized German tanks to compensate for the loss of power when Eastern European countries donate old Soviet tanks to Ukraine. President Duda said, “We delivered at least 240 tanks to Ukraine, which greatly weakened our military potential and stockpile capacity, but Germany did not keep its promise to provide the same amount of Leopard tanks. ” he exclaimed.

Poland, as a ‘front-line country’ after Russia’s invasion of Ukraine, is suffering from extreme fear of war. There is a buffer zone called Belarus between Russia and Poland. However, Belarusian dictator Alexander Lukashenko is so close to Russia that he is said to be ‘Putin’s agent’. Rumors also circulate that there will be a referendum on annexation of the country with Russia in Belarus in September. If Belarus, where a large number of Russian troops are already stationed, is absorbed by Russia, Poland will become the forefront of NATO. Poles are concerned that Russia’s next target for invasion is their own country. Poland provided massive military support to Ukraine even before the Russian invasion. He also began a massive military build-up, including amending the law and doubling the size of the army. Under such circumstances, a large amount of valuable tank power was provided to Ukraine, but when Germany broke its promise and created a power vacuum, anxiety and betrayal began to be expressed in anger against Germany.

Germany in Poland in the common next-generation tank project

Germany promised to provide Poland with the Leopard 2 tank (pictured), but it is known that the actual delivery is sluggish. news

Before the Russian invasion of Ukraine, the Polish army had about 800 tanks. Of these, 144 were the Leopard 2A4 imported from Germany, and 105 were the Leopard 2A5 models. The 259 Leopard 2 series tanks are from 1985 to 1995, most of which have exceeded their service life by more than 30 years. The PT-91 tank, which was introduced in the 1980s and has about 230 tanks, is a Polish-made T-72M1 tank, but it does not meet NATO standards and should be eliminated. The rest of the tanks are the T-72 series, which were introduced in the early 1980s and are seriously obsolete. Poland donated 30% of its tanks to Ukraine even in an urgent security situation to the German proposal that “If you give the T-72 to Ukraine, I will give you the Leopard 2 tank in return.” This was not good. During World War II, Nazi Germany committed numerous atrocities in Poland. Even after the collapse of the Cold War, NATO and Germany, which had established a leading position in the European Union (EU), clashed with each other on every occasion. Relations between the two countries worsened after former German Chancellor Angela Merkel accused Poland’s president Duda and the ruling party of a dictatorship and human rights abuser. President Duda approached then-President Donald Trump after the Merkel administration established an affair with the United States since 2017 by advocating the principles of de-Americanism and European independence. Part of the US military presence in Germany was attracted to Poland at the cost of a large garrison. Then, Germany began to show strong resistance and wary of Poland becoming a military power as it gradually approached the center of the European political arena.

Read Also  A boy "runs" across the road and gets hit by a loader. Lucky survived a miracle (clip)

Germany’s vigilantism surfaced when it abandoned Poland in the MGCS (Main Ground Combat System) project, in which European countries agreed to develop a common next-generation tank. Germany agreed to jointly develop a next-generation tank to replace the Leopard 2 series and France to replace the Leclerc series, and launched the MGCS project. In January 2020, Germany notified Poland of its intention to reject the project, which had long been interested in and willing to participate in the project. Although Poland would not stop buying and using an old domestic tank that was developed more than 30 years ago, like the Leopard 2A4, it was based on the calculation that they should not use a high-performance tank of the same class as theirs. In fact, Poland requested an A5 or later model instead of the outdated Leopard 2A4 in this Ringtausch program, but was rejected by Germany.

The German defense ministry responded immediately to Poland’s public accusations. A spokesman for the German Ministry of Defense said, “It is true that there are some troubles between the two countries, but we are having constructive exchanges with Poland, and we are trying to find a point of contact between their wishes and reality.” Regarding the claim that Germany ‘lied’ during the Lingtausch program, he said, “It is not true.” He said, “Germany is running a successful Lingtausch program with the Czech Republic and is preparing to deliver 14 Leopard 2A4s to the Czech Republic. are doing,” he said.

Analyzing the current situation, however, it appears that Germany is not properly fulfilling its promises with Poland. The Czech Republic, mentioned by Germany, believed in the Lingtausch program proposed by Prime Minister Scholz and provided 40 of its 70 tanks to Ukraine. Germany has announced that it will give only 14 Leopard 2A4s to the Czech Republic, but even this has not yet been implemented. The situation in other Eastern European countries participating in the Lingtausch program is similar. Slovenia has delivered 46 improved M84A4 tanks of the T-72 to Ukraine, but has not yet received any tanks from Germany. Slovakia also sold 30 T-72s, but did not receive the promised tanks from Germany. Germany is encouraging these countries to purchase the new A7 model instead of offering the Leopard 2A4. For this reason, it is being criticized for intentionally inducing a power void and selling weapons. Poland’s push to purchase K2 tanks came from this situation. The online media ‘Visegrad 24’, which is called the ‘Visegrad Group’, is available in the languages ​​of Poland, Czech Republic, Hungary and Slovakia in June. On the 9th (local time), “Germany, which did not keep its promise to exchange tanks with Poland, is also delaying the donation of Ukraine’s multiple rocket launchers (MLRS), which it promised to the United States, with various excuses,” he said. It will not become a reality.” Germany has advertised that it will provide Ukraine with 88 Leopard 1A5 tanks, dozens of Marder 1A3 infantry fighting vehicles, and 50 Gephat self-propelled anti-aircraft guns to Ukraine since April, but none of them are known to have actually been donated to Ukraine.

Germany’s move seems to be enough to win the distrust of Eastern European countries. Eventually, Poland began to look for alternatives other than importing German arms. The framework is to strengthen cooperation with ‘third countries’ in order to accelerate the development of domestic weapons by greatly expanding investment in the defense industry and to import insufficient technologies. Through this visit to Korea by Minister Bwashchak, it was revealed that the third country was Korea. During this visit to Korea, Minister Bwashchak conducted a field inspection of Hyundai Rotem, Hanwha Defense, and Korea Aerospace Industries (KAI) factories. It is said that Hyundai Rotem looked around the K2 tank, and Hanwha Defense carefully looked at the Cheonmu multiple rocket launcher, wheeled anti-aircraft gun, AS-21 Redback infantry fighting vehicle, and wheeled armored vehicle. It is said that the Korea Aerospace Industries plant also expressed its intention to purchase an improved version of the FA-50. It is known that the Polish delegation included many working-level officers of the army and air force. This shows that the purpose of this visit was to make a decision by directly examining the weapons to be purchased by the Minister and the working group, who have the authority to approve, to come to Korea together.

Read Also  conceal? The police asked to remove the clip. After the girl revealed that she was attacked by the Tang San Mafia Gang and held in a dog cage for more than 16 hours.

The K2 tank deal is a measure to fill the urgent security gap created by Germany’s failure to fulfill its promises for Poland. Meanwhile, for Korea, it is the beginning of securing a ‘Polish bridgehead’ to enter the European defense market. Poland is a leading country in the Visegrad Group. It can become a good partner with Korea in various fields, including the next-generation tank business that replaces 800 units of the Leopard 2 series and PT-91 and T-72 series tanks introduced earlier.

If Poland, which has emerged as a major player in the Eastern European arms market, mass-produces and deploys Korean weapon systems, such as K2 tanks and self-propelled guns using the K9 chassis, will establish a follow-up logistics support infrastructure in Eastern Europe. It will be easier to attract regional countries as customers who purchase Korean-made weapons. It is not a bad opportunity for South Korea that Eastern European countries, which are in a hurry to increase their defense budget and increase their armaments in the wake of Russia’s invasion of Ukraine, have abandoned their trust in Germany, which they considered the ‘first-ranked supplier’. With this war as an opportunity, the defense industry market in Eastern Europe was wide open. It is a time when government-level diplomatic power is needed to secure a ‘Polish bridgehead’ aimed at this.

The Market Maker’s Role in the Secondary Market: Must Not Push Prices does not create artificial quantities
Posted onJuly 5, 2022July 5, 2022

Fake video of Rahul Gandhi; Chhattisgarh police arrested the channel anchor before he was taken into custody by the UP police
Posted onJuly 5, 2022July 5, 2022
Menu