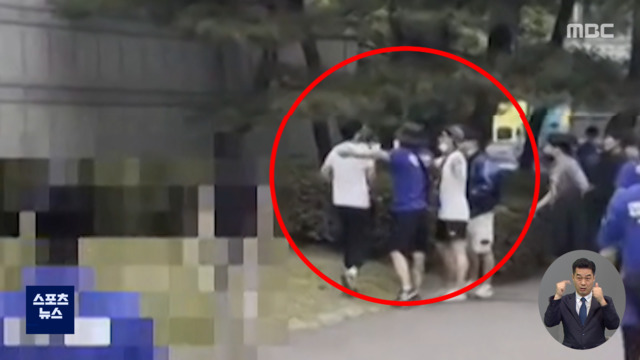 Yesterday’s K-League 1 Super Match was controversial because of a fan assault.

The victim is a young middle school fan, so I’m more concerned.

This is the Suwon World Cup Stadium where the Super Match was held yesterday.

In the match, Jo Young-wook scored the winning goal.

But before the match, something unfortunate happened outside the stadium.

It is said that Suwon fans picked up a middle school fan in Seoul and then threw them on the floor, assaulting them, and threatening to take off their Seoul uniforms.

A Suwon fan who filmed the scene delivered the video to the Seoul Supporters, and the controversy spread as the video spread through social media.

“As soon as I heard from Suho Shin (FC Seoul Supporters), I inquired about the victim’s contact information, shared with (professional soccer federation and Suwon) and discussed countermeasures, and went through the process of verifying the facts.”

It is known that the parents of the victim, who received an apology by phone from the perpetrators at the scene while the Suwon club is scheduled to release an official apology letter tomorrow morning, saw the video in person today and decided that the matter is not light, so they requested the police to investigate.

The professional football federation plans to have Seoul and Suwon submit police reports to determine whether the incident occurred due to negligence of the club.