The Korea Advanced Institute of Science and Technology (KAIST) announced on the 29th that a research team led by Professors Sang-Yong Jeon and Ji-Jun Song of the Department of Life Sciences has developed an influenza vaccine platform capable of immunity to various mutations.

As a platform technology in the form of a nanostructure, it is expected that it can be applied to various infectious pathogens such as novel coronavirus.

Influenza virus has already been developed as a vaccine, but due to the high mutation rate of the virus, the immunogenicity (strength of the immune response to recognize foreign substances) is low, and the epidemic is repeated every year.

For this reason, there are problems such as the need to predict, produce, and inoculate a new vaccine every year.

Although studies to increase immunogenicity by delivering vaccine antigens to nanostructures made of proteins existing in nature are being actively conducted, side effects due to the use of immune enhancers have been reported.

The research team used the outer membrane protein of the Brucella pathogen, which has its own immunogenicity, as an influenza virus antigen carrier.

The outer membrane protein ‘B26’ was made into a barrel-shaped nanostructure and designed to increase immunogenicity through self-assembly without immune enhancers.

A new influenza vaccine was developed by combining the influenza virus antigen ‘M2e’, which was difficult to use alone due to its low immunogenicity despite its versatility regardless of influenza virus subtype.

As a result of administering two influenza viruses through an animal test, the research team explained that the vaccine-administered group showed a strong immune response, such as a 100% survival rate and a low weight loss rate. 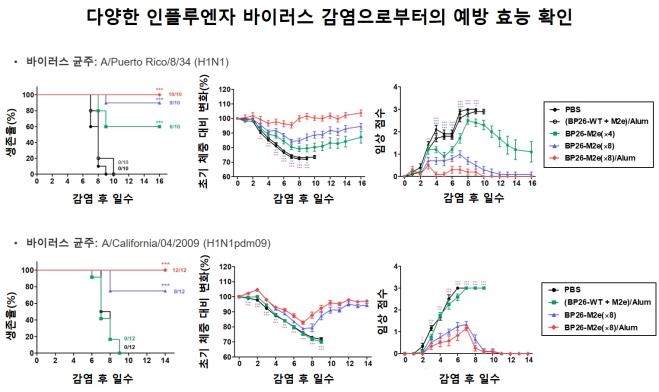 The research team aims to commercialize the technology within the next five years by conducting technology transfer and clinical trials.

Professor Jeon Sang-yong said, “This is the first time that a universal influenza vaccine has been developed based on a protein derived from bacteria.

The results of this study were published in the online edition of the international academic journal ‘ACS Nano’ on the 11th.

Xia Han posted to ask the public health, the footballer has not been quarantined for 14 days in the warm-up field

TOA does not leave each other, moving...

“We found a new mechanism to degrade...

June 28, 2021
We use cookies on our website to give you the most relevant experience by remembering your preferences and repeat visits. By clicking “Accept All”, you consent to the use of ALL the cookies. However, you may visit "Cookie Settings" to provide a controlled consent.
Cookie SettingsAccept All
Manage consent