Minister of Land, Infrastructure and Transport Kim Hyun-mi pointed out that there is a concern that it may be dazzling consumers, saying that the advertisement for the electric vehicle Tesla’s autonomous driving technology was exaggerated.

“This could be misunderstood as completely autonomous driving, so it is being reviewed by the Fair Trade Commission,” he explained. “In Germany, it was also determined as a false advertisement.”

He said, “Strictly speaking, FSD is about 2 stages out of the 5 stages of autonomous driving,” he said.

FSD is an additional option of Tesla’s’autopilot’ function, and as its name suggests, it is not a fully autonomous driving function, but more like driving assistance.

In addition, a question was raised about the danger of so-called’helpers’ that disable autopilot’s warning system.

Tesla’s autopilot is designed to sound a warning sound every minute when the driver releases his or her hand from the steering wheel, and then forcibly terminate the autopilot function.

The power of the people Rep. Song Seok-joon asked Tesla’s countermeasures on the problem of installing helpers. Replied.

CEO Kim added, “The dangers of the priest’s attachment are also strongly conceived.” 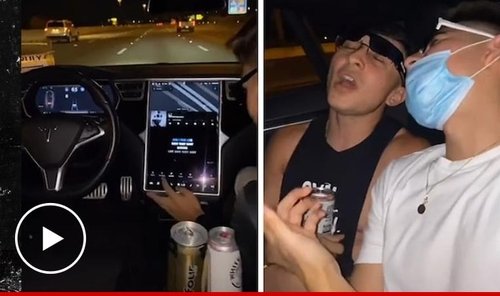 Regarding Congressman Song’s criticism that there is no legal basis for regulating helpers, Minister Kim replied, “We are in consultation with the National Police Agency.”

In addition, there was also a point on the problem of wireless update of vehicle functions called OTA (OVER THE AIR).

Rep. Choi Kang-wook of the Open Democratic Party said, “If you look at the Automobile Management Act, maintenance is not allowed except for registered locations.

He pointed out that a temporary permission is required to use the OTA.

In addition, to Congressman Choi’s inquiry about the development plan for helper prevention technology, CEO Kim replied, “We are continuing to develop technology that sends warning messages to drivers.”

Meanwhile, former Incheon International Airport President Koo Bon-hwan, who was originally scheduled to appear as a witness to the National Commission of the Land, on this day, was not present for health reasons.

GUNKUL revealed that its subsidiary has obtained a...