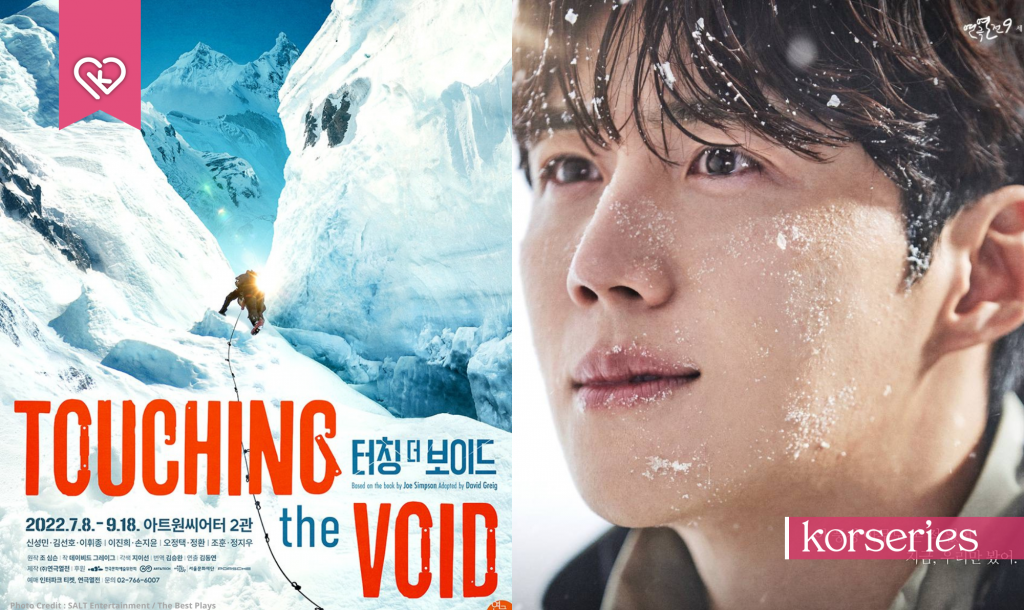 It’s getting closer and closer to the new stage work of the young actor. Kim Seon Ho Recently, a single poster has been revealed.

On June 22, via SALT Entertainment agency of Kim Seon Ho has released a solo poster for Kim Seon Ho’s new musical ‘Touching the Void’ who plays the role Joe Simpson A young man has an accident while climbing the Siula Grande and is trying to survive alone. In the midst of the snowy mountains and the cold cold with a body deprived of water, food, and full of fear

which from the single poster released Kim Seon Ho has conveyed the emotion and feeling of loneliness that Joe Simpson have to face well along with the sentence that “This scenery has never been seen before. Right now only we can see it.” It created a lot of excitement and expectations from fans for this musical.

Touching the Void It is a reference to the real life of a British climber like Joe Simpson and Simon Yates who nearly died while climbing the Siula Grande iceberg in the Peruvian Andes in 1985.

Touching the Void The show runs from July 8 to September 18 at Daehakro Art One Theater, Theater 2, South Korea. The second round of tickets is now on sale on June 24, for the show from July 26 to August 15 through the websites of Interpark Ticket and Thebestplay, for premium members only.

actor Kim Seon Ho Has worked in more than 17 stage plays since 2009 with the first work entitled New Boeing Boeing (2009) and gradually began to have performances through the series from 2017 onwards with the series Good Manager, Strongest Deliveryman and Two Cops Before being very successful in acting with the series Start-Up (2020) and Hometown Cha-Cha-Cha (2021)

Kim Seon Ho is set to make a comeback in the new musical ‘Touching the Void’.

Kim Seon Ho makes his first IG move in half a year with a message to his fans.

A girl whose favorite Korean dramas and artists fill the space in her mind. It was as though they were your whole world that you didn’t want to fall apart.

A famous shop card punches a customer, hits the floor with his head, surrenders himself, claims to speak loudly. revealed that the deceased had a congenital disease
Posted onJuly 5, 2022July 5, 2022
Menu