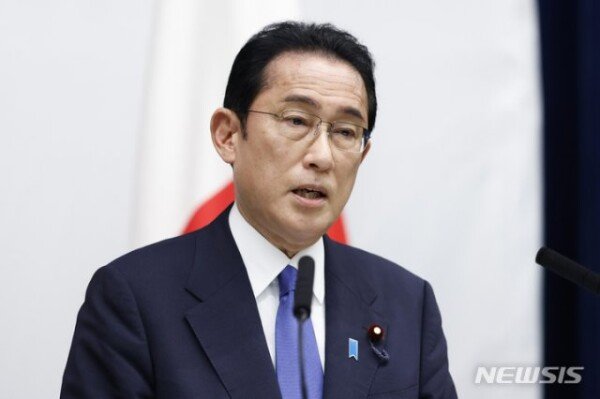 Japan’s NHK and TV Asahi reported on the 21st that Japan’s NHK and TV Asahi are coordinating the holding of a three-nation summit at the NATO summit to be held in Madrid, Spain at the end of this month. This means that South Korea and Japan will be able to meet in multiple bilateral talks following the summit of Korea-Japan-Australia-New Zealand, which is currently under consideration.

According to Japanese media, Japanese Prime Minister Fumio Kishida (岸田文雄) expressed his desire to hold a meeting with the heads of state during the NATO summit, and is in the process of negotiating whether a summit between the US and Japan is possible. It is reported that the Japanese government is even considering holding a five-nation summit with Australia and New Zealand participating in the Korea-U.S.-Japan summit.

At the summit, Prime Minister Kishida exchanged views on the security environment in the Indo-Pacific region in line with the Japanese government’s foreign policy of ‘free and open Indo-Pacific’, strengthened China’s advance into the East and South China Seas, and North Korea’s development of nuclear weapons and ballistic missiles. To respond, we plan to confirm partnerships with major countries. In addition, they plan to explain to each country the plan for maintaining and strengthening peace in the Intai region, which was expressed at the ‘Asian Security Conference’ (Shangri-La Dialogue) recently held in Singapore.

The Japanese government is reluctant to hold a bilateral summit with South Korea on the grounds that it may be criticized by hardline conservatives in the country ahead of the parliamentary elections on July 10 and historical issues, such as the issue of forced labor workers.

However, as the Korean government showed a strong will to prevent the liquidation of Japanese corporate assets in Korea, such as launching a public-private joint organization to discuss compensation for victims of forced labor within this week, as early as this week, the Japanese government also improved relations between Korea and Japan. Analysis is coming out whether it is starting to move little by little for

While holding a summit between South Korea and Japan right now is on hold, through a multilateral summit in which South Korea participates, it will strengthen ties with South Korea against North Korea and China and respond to the demands of the United States for improving relations between Korea and Japan. Japanese media are highlighting that Prime Minister Kishida will meet for the first time with President Yun Seok-yeol at the NATO summit.