Kwak Bin (Doosan) and Ahn Woo-jin (Kiwoom), 22 years old, will face off in the first round of the KBO League postseason in the 2021 season.

Doosan and Kiwoom each predicted two pitchers as starters for the first round of the wild card game that kicked off at 6:30 pm on November 1st at Jamsil Stadium. Doosan, who placed 4th in the regular season, started with one win, and if they win this match, they will immediately advance to the semi-playoff (best-of-three system), and Kiwoom will have to win two in a row.

After spending 2019-2020 in rehabilitation due to elbow surgery at the end of 2018, Kwak Bin joined Doosan’s starting lineup this year, recording 4 wins and 7 losses and an ERA of 4.10. Against Kiwoom, he did not appear once this year. Doosan’s top pitcher Ariel Miranda’s backing schedule is unclear due to accumulated fatigue this season, and Walker Rocket left Korea for elbow surgery and Kwak Bin’s shoulders are heavy. 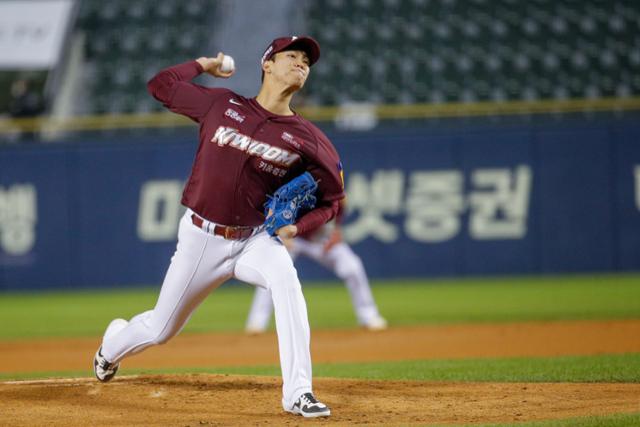 Ahn Woo-jin, who countered this, left 8 wins and 8 losses and a 3.26 ERA in this year’s regular season. He appeared twice against Doosan, leaving one loss and a 2.84 ERA. In the last match on May 11th, he suffered a loss with 3 runs in 5.2 innings, but in the second match on June 24th, he played well with 7 innings and 1 run. Ahn Woo-jin, who had only 3 wins and 7 losses in the first half, was suspended from participating in 36 games for violating the quarantine rules for the novel coronavirus infection (COVID-19), and then improved to 5 wins and 1 loss in the second half.

‘Shah Rukh Khan scolded me when I lost...

Peng Shuai incident: Who is Simon, the president...

Ajinkya Rahane: It will be impossible for him...

Taking over the “firmness” and “helplessness” of Li...

Opening the scene of ‘KTAXA Academy’ in Chiang...

Japan prepares to get COVID vaccination for...