China News Service, Lanzhou, September 29 (Yan Jiao) In order to keep the “red line” of cultivated land, Zhong Yi, director of the Office of the Leading Group for the Third National Land Survey of Gansu Province and the first-level inspector of the Provincial Department of Natural Resources, said on the 29th that Gansu will combine In the preparation of territorial and spatial plans at all levels, with the results of the “three adjustments” as the base and base map, the amount of cultivated land in various regions should be reasonably determined in accordance with the principle of preserving as much as possible, and permanent basic farmland should be strictly delineated to ensure the completion of the cultivated land protection goals determined by the national plan.

On the same day, a press conference on the main data results of the Third National Land Survey of Gansu Province (hereinafter referred to as the “Three Adjustments”) was held in Lanzhou.

The press conference revealed that Gansu Province has 78.142 million acres of arable land, a decrease of 3.0114 million acres from the 10 years since the “second adjustment”. Zhong Yi stated that under the condition that the arable land occupied by non-agricultural construction has strictly implemented the balance of occupation and compensation, the main reason for the reduction of arable land is the ecological conversion of farmland and the adjustment of agricultural structure to garden land. According to the data of the “Three Adjustments”, at the end of 2019, the province’s cultivated land was 78.142 million mu, which was 33.721 million mu higher than the country’s total cultivated land retention of 74.77 million mu at the end of the 13th Five-Year Plan period. The amount of cultivated land was generally stable. 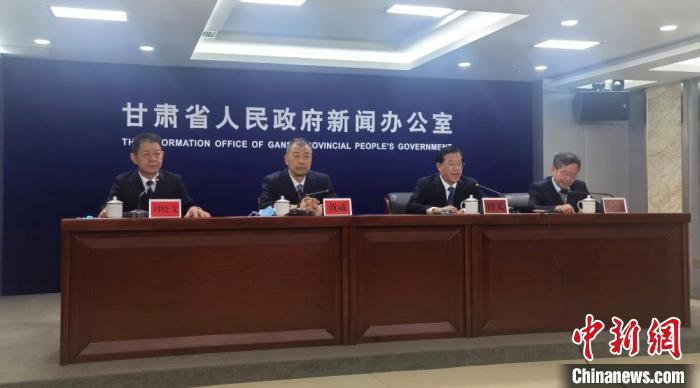 On September 29, a press conference on the main data results of the third national land survey of Gansu Province was held in Lanzhou.Photo by Yan Jiao

Zhong Yi said that the Gansu Provincial Party Committee and the Provincial Government have always attached great importance to the protection of cultivated land and have taken various measures to maintain the red line of cultivated land. The arable land retention and permanent basic farmland protection target tasks are decomposed and assigned step by step, as rigid indicators for strict assessment.

At the same time, special protection is implemented for arable land, especially permanent basic farmland. The arable land is mainly used for the production of grain and agricultural products such as cotton, oil, sugar, and vegetables. Permanent basic farmland is managed according to the grain field. Strict use control, resolutely curb the “non-agriculturalization” of cultivated land, strictly control the “non-grainization”, and strictly control the conversion of cultivated land to other agricultural land. Standardize and improve the balance of arable land occupation and replenishment to ensure that the quantity and quality of supplementary arable land does not decrease.

Yang Yanyong, member of the Party Leadership Group and Deputy Director of the Gansu Provincial Bureau of Statistics, mentioned that the above data reflects the remarkable results of Gansu’s ecological civilization construction. However, the ecological pattern still needs to be adjusted and optimized, and the strictest ecological and environmental protection system must be adhered to. (over)

Mexico celebrates its bicentennial of independence, and the Pope points out that this is the time to consolidate its foundations-Vatican News

Tobacco Authority of Thailand Adjust the price of...

Transformed into ‘Body’ of high school students as...

Heavy rains are also expected in the northern...

The Meteorological Department has warned 45 provinces, including...

The Beijing District People’s Congress will re-election the...

“Paiboon” proposes the cabinet to make a...