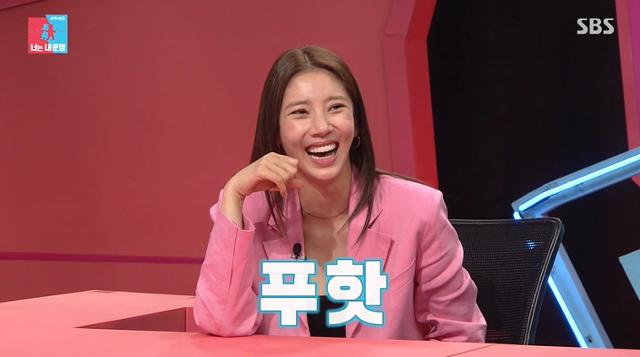 In SBS ‘Same Bed, Different Dreams Season 2 – You Are My Destiny’ (hereinafter referred to as ‘Same Bed, Dreams 2’), which was broadcast on the 30th, Son Dam-bi and Lee Gyu-hyuk met Son Dam-bi’s mother.

On this day, Son Dam-bi’s mother bought the ingredients to make duck white rice for the two of them, and said, “I’m trying to make myself a duck. If you are strong, you will have children soon.”

Son Dam-bi and Lee Gyu-hyuk got married on the 13th and officially married, and Lee Su-ji, who watched the VCR in the studio, was surprised by the rather quick mention of the grandson, “Already?” Kim Gu-ra expressed her mother’s heart, saying, “Son Dam-bi is old, so her mother’s heart is like that.”

Son Dam-bi’s mother, who soon started making duck porridge, showed affection to her son-in-law Gyu-hyuk Lee, saying, “I think I have a son.” To this, Kyu-hyuk Lee replied, “I still want a son, but people around me say that my daughter is very pretty.”

Son Dam-bi, who was watching the VCR in the studio, drew attention by mentioning a more specific second-generation plan. He said, “When we got married, I didn’t have the idea of ​​having a baby, but now it has changed.” “It’s better to have it right away. I’ll try hard because it’s a God-given thing,” raising expectations for the second generation with a positive image. At the same time, Son Dam-bi said, “My older brother (Lee Gyu-hyuk) wants a son” about the desired gender of the second generation, and after receiving the spirit of Seo Ha-yan, the wife of Im Chang-jung, the mother of the Oh brother, he drew attention.

Meanwhile, Son Dam-bi and Lee Gyu-hyuk signed a 100-year marriage contract in Seoul on the 13th. After admitting that they were dating through their agencies in December of last year, the two announced their marriage in about a month and gathered attention. In particular, they dated secretly once in 2011, but reunited after 10 years of separation due to busy schedules. They received even greater congratulations for their dramatic love story that they got married last year.

Son Dam-bi debuted as a singer in 2007 and released hit songs such as ‘Crazy’ and ‘Saturday Night’. Since then, she has expanded her career as an actress through dramas such as ‘Dream’ and ‘When the Camellia Blooms’.

Kyu-hyuk Lee was selected for the national speed skating team in 1991 and retired from the sport at the end of the 2014 Sochi Winter Olympics. After that, he turned into a skate coach and personally coached Seung-Hoon Lee’s training.