LG Energy Solutions, the largest IPO in domestic IPO history, will receive subscriptions from individual investors for two days from the 18th. The general subscription volume is about 3.2 trillion won. Securities analysts predict that this subscription will attract more than 2.5 million people. The subscription margin is expected to reach 100 trillion won. You can receive as many stocks as possible by using an account in the name of your family and concentrating your margin on the securities company with the lowest competition on the last day of the subscription.

This subscription is for 10,625,000 shares, which is 25% of the total offering volume. Of this, half is distributed equally, and the other half is allocated in a pro-rata manner. Equal allocation is a method in which at least one share is evenly distributed to those who subscribed for 10 or more shares. If you want to subscribe for 10 weeks, you need to pay 1.5 million won, which is half of the subscription amount, as a margin.

If you have a lot of spare funds, it is most advantageous to subscribe at KB Securities. The maximum subscription limit is 162,000 shares (margin 24.3 billion won) based on general customers (limit 100%). It is expected that high-income earners will flock to it. On the last day of subscription, if KB Securities’ subscription competition rate is more than twice that of other securities companies, it is better to change securities companies to Daishin Securities and Shinhan Investment Corp. Assuming that 7 securities companies receive 100 trillion won in margin, the average subscription competition ratio is 63 to 1. The proportional competition ratio is about 130 to 1, and it seems that you can receive 1 share for every 20 million won in margin. For example, if you put a margin of 100 million won in KB Securities, it is expected that you will receive 7 weeks, including 2-3 weeks for equal allocation and 5 weeks for proportional allocation.

If you subscribe for only 10 weeks, the minimum subscription quantity, it is expected that you will receive an average of 2 weeks. If 1 million people subscribe to KB Securities, it is expected that the evenly allocated stock will take 2-3 weeks and Daishin Securities (400,000 subscribers) will take 3-4 weeks. Applicants who are only looking for equal allocation may be better off subscribing from three places such as Shinhan Financial Investment, Hi Investment Securities, and Shinyoung Securities. At the time of subscription for ITIIS, which went public last year, 220,000 people participated in Shinhan Financial Investment, but if 300,000 people subscribe this time, they can receive 4-5 weeks. Hi Investment & Securities also receives 2-3 weeks if about 40,000 people similar to Innodep, who received a subscription earlier, participate. As for Shinyoung Securities, the number of subscribers surged as about 170,000 people flocked to K-Auction recently, so the competition rate may be higher than expected. Mirae Asset Securities is the most competitive securities company. If 500,000 people sign up, there is a high probability that they will not receive even a week.

LG Energy Solutions recorded a competition ratio of 2023 to 1 in the demand forecast conducted for institutional investors. The order amount exceeded 1 Gyeongwon. It is evaluated that it was effective in the box office because it is a core company of rechargeable batteries with high growth potential and the public offering price was set lower than the market expectation. An investment banking (IB) industry official said, “The market capitalization of the company immediately after listing was 70.2 trillion won, which is only one-third of that of its competitor CATL (250 trillion won) in China. As short-term floating funds in the market that have not been able to find an investment destination amount to 1,500 trillion won, the general subscription fever is expected to be hot.”

Securities analysts suggested LG Energy Solution’s fair market cap of 110 trillion won and its share price of 480,000 won. It is 60% higher than the public offering price. Some observers are predicting that the stock price could be formed at more than double the IPO price on the listing date because there are so few circulating stocks. After the listing of LG Energy Solution, the outstanding shares were 14.53%. Since there are certain stocks that institutional investors are not able to sell for a certain period of time, the actual number of shares in circulation is expected to be only 9.5%. Based on the public offering price, it is worth 6.7 trillion won.

▲ Sherlock Holmes Chapter One representative image (Photo: Intragames) On the 25th, Intra Games will be running a game discount sale for the Lunar New 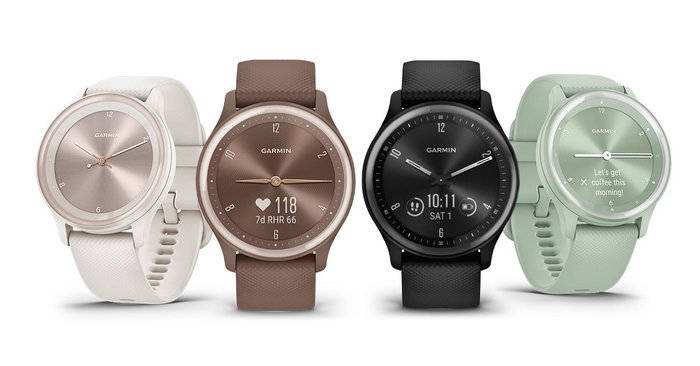 It combines the classic analog dial with contemporary features. Penetrate the Younger Generation market with a worthwhile price. with a launch price of 6,190 baht

We have revised up our FY21-23 earnings forecast 7-18% after SPALI announced its business plans, especially the launch of new projects that were much higher