That is, only 2 confirmed cases and 190 asymptomatic infections were found in the “relevant risk population screening”. This is social transmission, and the numbers have begun to fall to a relatively low level.

If the 858 cases of asymptomatic people turned into confirmed cases are subtracted, there were only 9,764 new infections found on that day.

Since April 22, the number of new positive cases in Shanghai has been decreasing for 6 consecutive days. According to the figures in recent days, the effect of the closure of the city is more significant. The decrease of 20% on the previous day and the decrease of 22% on the 27th compared with the previous day, not only the actual number of infections has dropped, but the decline is expanding, which shows that the epidemic is gradually under control. The resumption of work and production in Shanghai has been started in batches.

Friends who are worried about the Shanghai epidemic getting out of control can breathe a sigh of relief. When the mainland uses the two tools of foot restraint and full-staff testing together, even the spread of the epidemic can be controlled.

At the same time, there was another epidemic in Hangzhou. Hangzhou announced on the evening of the 27th that the city’s nucleic acid testing will start on the 28th. The city’s residents and other people in Hangzhou will take nucleic acid sampling at least once every 48 hours. Those who are not completed on time will be reminded by a pop-up window when scanning the site code and not allowed to enter public places. , do not take public transport, etc. To put it simply, as long as you are in Hangzhou, you need to do a nucleic acid test every 48 hours, otherwise you will not be able to go anywhere. In order to facilitate local residents, the Hangzhou Municipal Government will set up 10,000 free nucleic acid sampling points in the city.

The epidemic in Hangzhou is just the beginning. On the 27th, 11 new local confirmed cases and 7 asymptomatic infections were reported in Hangzhou City. To “labor the people and hurt the wealth”.

I have seen that many mainland netizens also have different opinions. There is a number that I can share with you. There are 10,000 nucleic acid testing sites in Hangzhou, each site has 3 staff members, plus supplies, an average of 35,000 people, 400 yuan per capita salary expenditure, 14 million yuan per day for testing, plus testing reagents , each test does not exceed 10 yuan, Hangzhou has a population of 12 million, 10 people are mixed for testing, 1 yuan per person, test once every 48 hours, and the daily cost of the test agent is 6 million yuan, which is about 20 million yuan per day (not counting Laboratory costs), do this normalized nucleic acid detection of all staff.

Counting, doing 7 tests for all staff costs 140 million, which seems very expensive. However, Hangzhou’s GDP exceeded 1.8 trillion last year. If the epidemic is out of control, it will lose 34.5 billion if it is closed for 7 days. If it is out of control, if it is sealed for one month, it will cost 150 billion yuan, which is an astronomical figure. All staff are tested every two days. The public is a little troublesome, but the cost is not large at all. Out of control of the epidemic will cost the most.

I chatted with a friend from the mainland, and he said that Shenzhen has been doing this for a long time. After the outbreak of the epidemic in Hong Kong, the Shenzhen lunar calendar began, sometimes 24 hours a check, and then key areas have been maintained for 48 hours, and recently changed to 72 hours First inspection, doing so can achieve early detection and early control of the epidemic. In particular, cities with overseas entry points receive so many outsiders every day, and the risk is high. And in terms of cost, cities with a GDP of more than one trillion yuan should do more testing to “remove stupidity and make them smarter.”

Some friends from Shanghai also said that the outside world is lying flat, why does Shanghai insist on dynamic clearing?

It is really uncomfortable to close the city and force the inspection, but lying down before you are ready, the cost of human life is quite staggering. Hong Kong has undergone a half-barrel-style dynamic clearing. This wave of epidemics has also killed more than 9,000 people. There is no need for the mainland to envy Hong Kong.

Shanghai is also not qualified to lie flat. Take a look at Singapore, which has the lowest death rate in the world, with a 95% rate of seniors completing two shots of the vaccine. The most deadly thing in Shanghai and Hong Kong is that the vaccination rate of the elderly is not ideal. In Shanghai, 62% of the population aged 60 and above completed the two-shot vaccination, and only 38% received the third booster shot. Mortality rates in the elderly population will be high. Hong Kong is currently 60 years old or older, and the vaccination rate of one shot is 83%, and the rate of two shots is 76%. As for the third shot, many elderly people have not been able to get the third shot because of the late start.

Therefore, in the long run, if you want to treat the new crown as an endemic disease, whether it is Shanghai or Hong Kong, it is best for 80% to 90% of the elderly over the age of 60 to get 3 injections before they can lie down, otherwise they will still have to pay a heavy price in human life. . 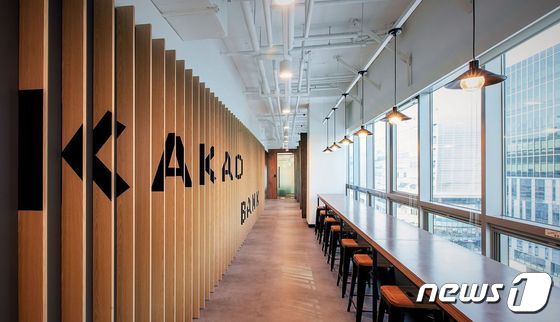 Wanchai pointed out that the resolution was 500 after Uranus moved. Forgive the pardon compared to telling Miao, when accidentally having an issue
Posted onJuly 7, 2022July 7, 2022

Synthesis of a series of foreign ministerial talks with Indonesia, the EU and Australia at the Park Jin G20
Posted onJuly 7, 2022July 7, 2022