Lied to arrive at the scene in 5 minutes and actually spent 28 minutes in Tangshan assault case, 5 police officers were investigated, 1 deputy director was dismissed 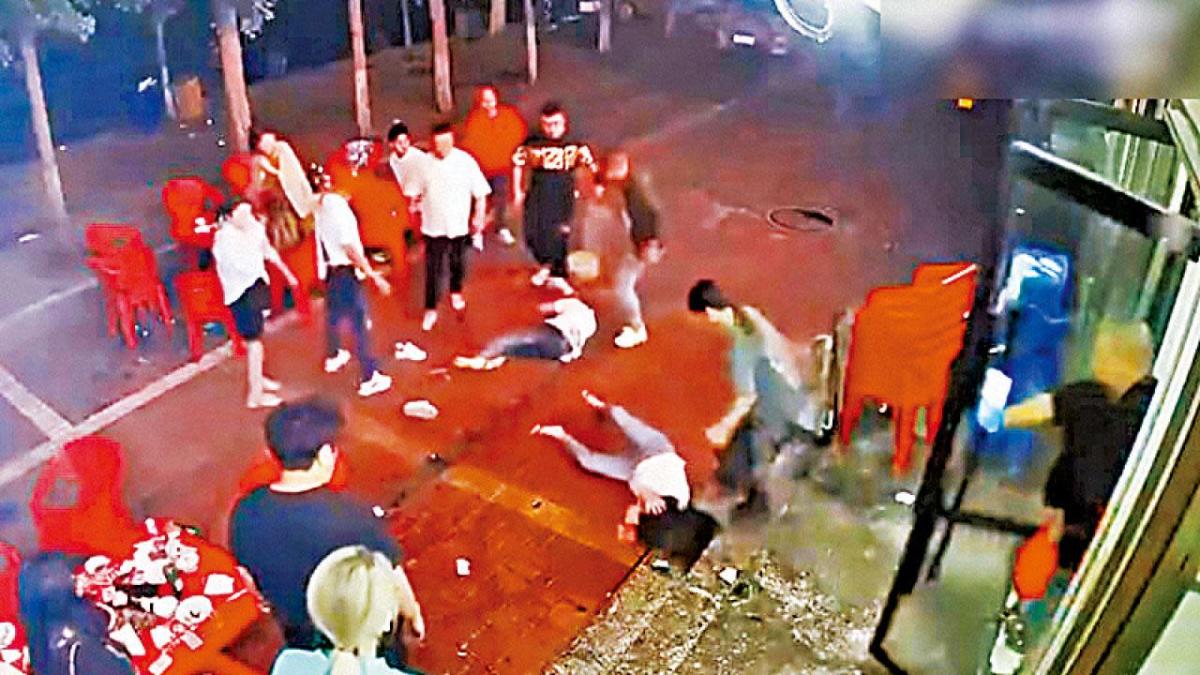 There has been new progress in the “bully beating case” in Tangshan, Hebei. Chen Zhiwei, a policeman from the Airport Road Police Station of the Lubei Branch of the Tangshan Public Security Bureau, once claimed to the official media that he arrived at the scene 5 minutes after receiving the report on the day of the incident, but the Hebei Provincial Public Security Department reported yesterday. The statement was overturned, stating that the police officers of the police station did not arrive at the scene until 28 minutes after receiving the report. The nine assailants fled as early as 6 minutes after the report was made, and the injured were sent to the hospital 8 minutes after the suspect fled. Chen Zhiwei and 4 related police officers are suspected of untimely police dispatch, irregular law enforcement, and serious violations of discipline and law.

According to the State Supervision Commission of the Central Commission for Discipline Inspection, in addition to Chen Zhiwei, the police officers under investigation also include Ma Aijun, deputy head of the Lubei District of Tangshan City and director of the Lubei Branch of the Municipal Public Security Bureau, Hu Bin, Changhong, and Changhong of the Airport Road Police Station of the Lubei Branch of Tangshan City Public Security Bureau. Han Zhiyong, deputy head of Dao Police Station, and Fan Lifeng, former head of Guangmingli Police Station. The latest report on the investigation progress of the Hebei Provincial Public Security Department shows that the incident happened at 2:40 a.m. on the 10th of this month, and people called the police in just one minute. The police arrested 9 suspects, 7 men and 2 women, the next day.

Read Also  Omicron is not a cause for panic; Joe Biden says lockdown is not necessary

As for the two women who were beaten to the head and bloodied and had been hospitalized in the intensive care unit, their injuries were identified as “secondary minor injuries”, and many netizens questioned “condoning the perpetrators”. However, the police explained that according to the “Standards for Appraisal of the Degree of Human Injury” (hereinafter referred to as the “Standards”) jointly issued by the Supreme People’s Court, the Supreme People’s Procuratorate, the Ministry of Public Security, the Ministry of State Security, and the Ministry of Justice, minor injuries include rib fractures. Two or more injuries, penetrating eyeball injury or eyeball rupture injury, loss of function of any major joint in the limbs, damage to important nerves in the limbs, rupture of important blood vessels in the limbs, etc. The “Standard” divides injuries into three levels: “serious injury”, “minor injury” and “minor injury”, of which serious injury and minor injury are further subdivided into Level 1 and Level 2.

The Hebei Provincial Public Security Department’s report also disclosed “case in case”, referring to the fact that 4 of the 9 suspects arrived in Tangshan from Jiangsu by car on the 7th of this month, and engaged in “Internet gambling money laundering illegal and criminal activities” with the principal criminal Chen Xzhi and other 5 people. During the investigation, it was also found that Chen Xzhi and others had been involved in illegal detention, picking quarrels and provoking trouble, gathering crowds to fight, opening casinos and other illegal and criminal clues. As for whether the above-mentioned people are involved in organized crime, the Hebei Provincial Public Security Department said it is stepping up its investigation. Some mainland media quoted people familiar with the matter the day before that the suspects started to engage in World Cup peripheral gambling stalls as early as 2014, and gathered in Tangshan this time to prepare for the World Cup gambling business in November.

The original text was published on AM730 https://www.am730.com.hk/China/Arrived at the scene in 5 minutes-Actually took 28 minutes-Tangshan assault case, 5 police officers investigated, 1 deputy director dismissed/325094