“Light Pollution” LED billboards invade residential areas in Thonglor area, grievances, officials insist that they are wrong, but they have not been demolished

Home » News » “Light Pollution” LED billboards invade residential areas in Thonglor area, grievances, officials insist that they are wrong, but they have not been demolished

The original form of advertising billboards, which are still images, are installed in various buildings. There will only be a light shining down on the sign. But in the past few years, the pattern of street billboards has changed. from the still image switch to animation from a single product advertisement become an advertisement for a wide variety of products Switching around all day and night with a single sign, and of course, that’s the “giant TV” set up outdoors. This causes the use of lighting and advertising to change accordingly. From the light shining down on the sign, it becomes the “light shining out of the sign” and moves “flashing” all the time.

If there is an industrial plant that releases waste water We will feel the change in water color and have a foul smell if there is toxic smoke coming out of the factory. We were short of breath. There is dust and smoke floating on the island according to the appliances. We all call those things “pollution” … but if our homes and residences “Invaded by light” no dust no bad smell Only the twinkling lights turn our bedroom into a pub and bar, can we call it “pollution”?

At least this is “Cause of annoyance”

“Soi Thonglor” Luxury business center in the heart of Bangkok with many people passing by It is a golden location for introducing various products to “buying people” who use this route to work, go home, eat, or even relax at entertainment venues. As a result, a giant light-emitting diode or LED (Light – Emitting Diode) billboard, 8 meters wide, 32 meters long or 256 square meters, was installed on the building covering an area of ​​6 booths, opening a variety of advertising content, switching back and forth day and night. since before August 2021

but with a very large size The light from the giant LED sign shows its powerful performance. Shines through to the 3rd and 4th floors of the residence across the 6 lane road, day and night. As a result, residents there, including the elderly, are unable to lead a normal life, have insomnia, have constant headaches. until having to come out and complain to stop using the LED sign

“The light from the sign came straight to our parents’ bedroom, which was on the 3rd and 4th floor, like we were in a pub every day. Our parents couldn’t sleep at all, day and night, and they started having headaches since the sign was activated.”

chick Her family has lived in Soi Thonglor for about 30 years, recounting the impact her family had on Her family and 15 residents decided to sign a complaint with her. “Wattana District Office” on August 2, 2021, which the results of the investigation revealed that “light from the sign” is considered “annoying cause” for Jeab’s residence. The content is divided into 2 parts, namely the part of the installation of arbitrary signs. and the sign has created a nuisance

“Originally, it was just a normal billboard in a still image. But around the month of April seems to have begun to modify covered with a black cloth until before August He opened the cloth and it turned out to be an LED sign that was many times bigger than the original one.” Khun Jeab tells the origin of the sign.

after receiving a complaint Wattana District Office filed a lawsuit against the sign installer on Aug. 6, 2021 and notified the complainant on Aug. 24, 2021, with the same content being the installation of the said sign. It is a modification of a steel building frame (LED sign) without permission from the local authorities. with an order to dismantle This caused a group of billboard owners to come in and ask to negotiate with her family. to find a solution to the impact without dismantling the sign

It is interesting that the remodeling of the giant signboard’s steel frame building with an area of ​​256 square meters and taking several months to modify Through the ears through the eyes of all local officials? even though no one asked for permission

“He sent representatives to negotiate a lot. Originally, he agreed to act as a light partition. to be attached to the building on our side designed to make us look neat set a budget But on the other side, we still see That doesn’t solve all problems. because of the installation of partitions made our house dark And we also went to search for the reason why people in our house have a headache so much that we found that it may be a result of electromagnetic waves that come with the LED panel. If making a partition I asked for a model that was iron. because it is believed to help reflect electromagnetic waves back When we made an offer like this, he said that the iron sights exceeded his budget. Therefore, we cannot agree.”

“Actually, we don’t need help. or fixing anything from him We just need to return our old way of life. A life that doesn’t have to take refuge from the light we don’t need. life of our parents our family sleep normally and do not have to go to the hospital often because a strange headache suddenly arises.” Jeab reiterated her family’s true stance, namely, that she wanted that giant billboard. terminate its function

When the conditions for protection against light cannot be agreed upon Families affected by the light of the LED billboards went ahead and asked local officials to enforce the law. but still wondering Why has it been months since the giant LED billboards are still being turned on and shining advertisements into her residence every day?

22 Nov 2021 Environment and Sanitation Department Wattana District Office There was a letter notifying the results of the complaint to Jeab’s family, saying that the Wattana District Office had inspected the LED billboard and found that Aqua Ad Public Company Limited was the operator. and consider that Such light can affect health, such as the optic nerve, or affect the daily life of nearby residents. Therefore ordered Aqua Ad Public Company Limited to take action to resolve this trouble.

But before that, 3 days was on 19 November 2021, Wattana District Office. Another document arrived. “Managing Director, Aqua Ad Public Company Limited” In order to notify the results of the investigation of the complaints boards and to inform the company to find effective measures to prevent the light from the billboards from affecting the health and daily life of nearby residents. which must be completed within 7 days. If violated or fails to comply with the order, there will be an offense accordingly. Public Health Act

From 19 November 2021, another 7 days will be due according to the order, which is November 26, 2021, but the date that the news team is writing this article is December 4, 2021, which the complainant confirmed. that the giant LED billboards are still operating normally every day Even though the deadline has been 8 days, the officials confirmed that Every day that the sign is used, there will be a fine of ten thousand baht per day.

Mr. Chamnan Sirirak, a lawyer specializing in environmental cases commented further that From the documents of the Wattana District Office It has shown results of an investigation of complaints, confirming 2 issues that the LED billboard has been modified without permission. And the result of using it also creates a nuisance for nearby residents. Therefore, local officials therefore have the power to order “Demolish the sign” without waiting for prosecution. especially to have to do “Suspend trouble and nuisance” to stop the impact that happened first.

which, when considering the document, it can be seen that There is an order that needs to be corrected. but after the expiration of the specified period But still no fix and the LED sign is still active every day. It must be questioned back to the local authorities as to why the law has not yet been enforced.

professional lawyer noted that The income from projecting advertisements via LED billboards in Thonglor in one day should be 100 times more expensive compared to paying a fine of only 10,000 baht per day. Therefore, the issue of “light pollution” from LED billboards may be It is a new impact issue for urban residents. that must urgently look at the guidelines for improving the law to be in line with the changing social context

when searching for a case study related to the problem of light pollution in Thai will be able to find a research project document called “Light Pollution Prevention Manual, People’s Edition” written by Ajarn Pitithep Yuyuenyong, Legal Research and Development Center Chiang Mai University Published on 1 Jan. 2020 in this research project document. There is a section referring to “intrusive light” as a type of light pollution, meaning “light that penetrates into the private or private spaces of others. Especially the areas of other people do not want the light to penetrate. causing nuisance to other people living nearby until it is harmful to health or causing can deteriorate the health of others, such as diabetes, obesity and breast cancer milk in women, etc.

There are also academic articles written by “Sirichanok Wiriyakuakun” subject “Light pollution from illuminated digital billboards or LED screens” gave an example of the impact of large billboards That happened in the “Jim Cha Sui” area, the People’s Republic of China. which has 200 times more luminous flux than the night sky. Affected by an LED billboard the size of a three-story building, shining down on his dorm. causing no one to rent a room Even if the rental price is reduced from 2 hundred thousand baht per month to 1 hundred thousand baht per month, causing a business worth 900 million baht to have problems.

such example and the real event at Soi Thonglor point out that The statutory fines are incomparable with the huge benefits from the new billboard business. This may come at the cost of the suffering of citizens who have no stake in them. That may reflect that Thailand must urgently study legal guidelines to deal with this problem. 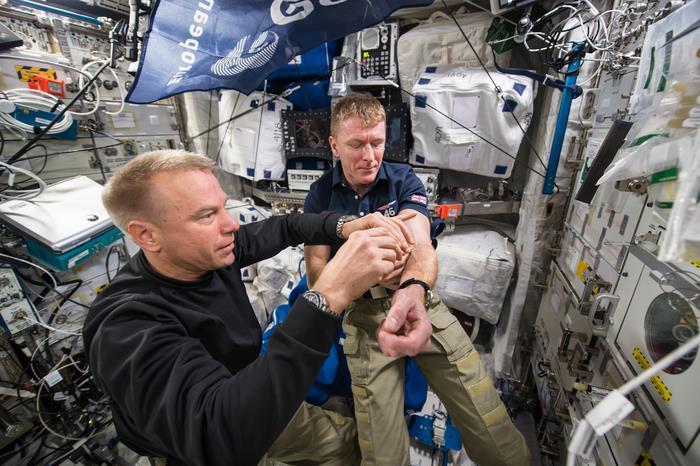 mohanlal-says-hridayam-will-recreate-a-musical-fest-like-his-highness-abdulla | His Highness Abdullah We were released at a time of crisis like this; Mohanlal says the heart is in the same position today

photo-mangalam Mohanlal says that ‘Hridayam’ is being released today just like His Highness Abdullah was released in the nineties. He was speaking at the Heart’s