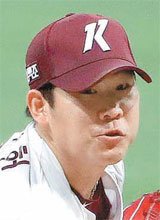 Lotte’s hopes of advancing into ‘Autumn Baseball’ have been shattered this year as well. I haven’t received a postseason invitation for the fourth year in a row.

8th place Lotte lost 2-3 to KIA in the home game of professional baseball held at Sajik Stadium in Busan on the 27th. With that loss, they recorded 64 wins, 8 draws and 69 losses (0.481 win rate), failing to advance to the postseason regardless of the results of the remaining matches. In the second half of the game, Lotte had a winning rate of 0.564, second only to Samsung (0.566), but failed to make up for the slump in the first half (0.429). The last time Lotte entered the postseason was in 2017, when they finished third in the regular league.

6th place Kiwoom defeated leader Samsung 8-3 in the home game that day and continued their hopes for fall baseball. In order for Kiwoom to advance to the postseason, they will have to wait for Doosan and SSG to lose after winning the remaining matches. Kiwoom starter Jeong Chan-heon (31, photo), known as the ‘Samsung Killer’, recorded 3 hits, 2 walks, 4 strikeouts and no runs in 6 innings, and succeeded in winning 7 consecutive victories against Samsung. 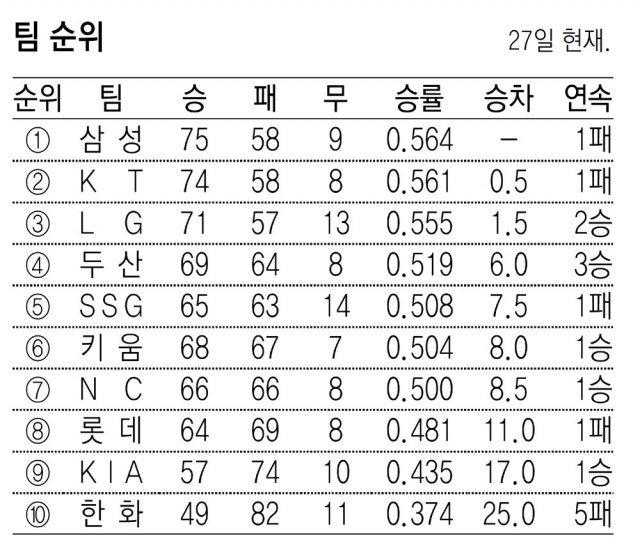 Third-placed LG defeated Hanwha 9-1 in their visit to Daejeon and followed leader Samsung by 1.5 games. Although the probability is low, there is still a possibility that LG will finish the season in first place. 2nd place KT, 0.5 game behind Samsung, lost 6-9 to 7th place NC in the Suwon home game on the same day and missed the opportunity to retake the lead. NC foreign batter Altair (30), who hit his 32nd home run (3 points) in the beginning of the 4th inning, succeeded in stealing his 20th base in the 6th inning and joined the 20 Homer-20 Stolen Club for two years in a row. In the literature where 4th and 5th place faced each other, 4th place Doosan defeated SSG 8-5.

Ostrich race through the busy streets of Lahore; The audience’s attempt to hold back, finally?