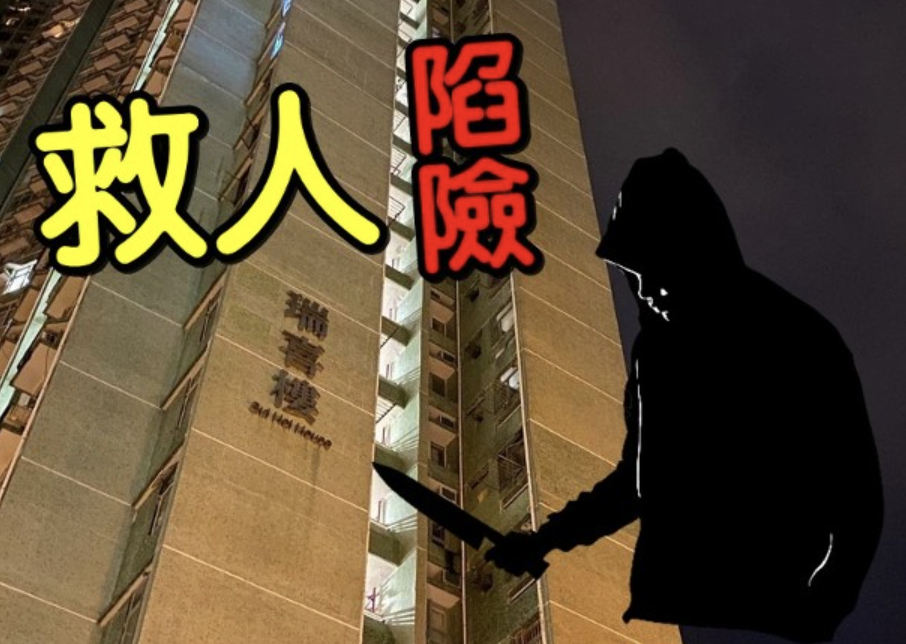 At 7:40 yesterday morning (18th), a Thai woman in Sui Hei Building, Siu Sai Wan Village, Chai Wan reported to the police that her son, Huang (40 years old) who was suffering from a mood disorder, became ill and had to call for an ambulance service. . It is understood that Huang walked out of the residence after going to the toilet, speaking incoherently. He then walked into the kitchen to take out a sharp knife and attacked his mother. She could not escape and was cut, with two wounds of about 3 cm. The injured person was escorted later Court governance. After investigation, the police listed the case as wounding, and Huang Nan was arrested and taken to the department for investigation.

In the evening, a suspected insider posted on social networking sites that an ambulanceman was beheaded by the patient in the incident, and described the thrilling scene at the time of the incident. At first, the patient showed cooperation and willingness to go to the hospital. He claimed to have entered the room and changed his shirt. After about 10 minutes, he stepped out, and suddenly shouted, “You have 3 tied to X! Do what X and enter my house! It is expected that he rushed into the kitchen and took out the kitchen knife. When the ambulanceman saw this, he immediately called, “Director, let’s go!” Raising his hand to block, he was stabbed and injured on the spot. He was injured and ran downstairs along the stairs with two of his comrades. The poster added that the supervisor used direct pressure to hold down the wound, ran for his life with his comrades, and ran downstairs while unbuttoning his shirt bag, took out his mobile phone, and notified the control room for reinforcements.

It is reported that the man suspected of injuring people also took the 17th floor to the 3rd floor, and then ran up to stop the ambulancemen from leaving. The ambulance supervisor ran to the 5th floor and entered one of the units to escape, and a resident helped him stop the bleeding; The comrade went to the garbage room on the 6th floor for temporary shelter. Not long after, the ambulancemen heard someone shouting, “Zhong Wubi (镀) I’ll reach you!” It is estimated that the man with the knife followed him, and the police arrived at that time. Got yellow. Dongwang made enquiries to the police and the Information Services Department about the incident, but they all replied that there was no report of injuries to the ambulance crew. The Information Services Department said that two ambulances (A406 and A534) were dispatched to the scene during the incident, and one of the ambulances took the beheaded mother to hospital for treatment. Some netizens responded to the incident, “I can imagine the scene completely, it’s amazing”, “Senior brother, block me, is there any injury?”, “There is no news about the solution? The rescue work is actually very dangerous”, “It’s too scary, straight head. It’s a movie plot, but fortunately, the ambulance brothers are alert”, “Under the epidemic, many people do not take medicine without seeing a doctor”, “Doing ambulance has to risk their lives, respect!!!”, “Reading the text is already good I’m shocked, I hope the supervisor recovers soon, you must be more vigilant and protect yourself, I know it’s all nonsense, but my heart is really separated.”

Read Also  Kim Gun-hee, “The enemy of the country is the Democratic Party… Me and my uncle are on the side of Ahn Hee-jung”