Top Posts
Emergency measures for ‘Omicron mutation’ … Foreigners from...
Sara Takanashi World Cup Individual Round 2 is...
[스포츠]’Whether or not to use abusive language’ Kim...
Kim Hye-soo and Yoo Hae-jin, cool reunion topic...
Texas, which has emerged as ‘Silicon Hills’… Why...
Ambulance called 39 times in a year, to...
Noida Airport: A fine of Rs 10 lakh...
Melo Hero leads Khon Kaen to defeat Samut...
How much love ♥ Jo Jung-suk is… It...
“Debt Clinic by SAM” cooperates with “Credit Bureau”...
Home Sports Messi’s first multi-goal win over Leipzig in the PSG UCL group stage
Sports

PSG’s Mbappe’s opening goal and Messi’s two goals in the group A match between Leipzig and the 2021-2022 UEFA Champions League (UCL) at the Parc des Princes in Paris, France on the 20th (Korean time) and won 3-2.

PSG with 7 points from 2 wins and 1 draw, including 2 consecutive wins in the group stage, maintained their first place in Group A.

On the other hand, Leipzig remained at the bottom (0 points) with three consecutive defeats in the group stage.

PSG opened the door with a goal from Mbappe in the 9th minute.

In the course of the counterattack, Mbappe, who received a pass from Julian Draxler, crossed the midfield and shook the net with a right-footed shot from the penalty area.

The attack on Leipzig has since survived.

In the 28th minute of the first half, Angelino scored a cross from the left side of the penalty area to the opposite side, and Andre Silva shoved it in to equalize.

In the 12th minute of the second half, Nordi Mukiele, who received another pass from Angelino, scored a comeback goal. 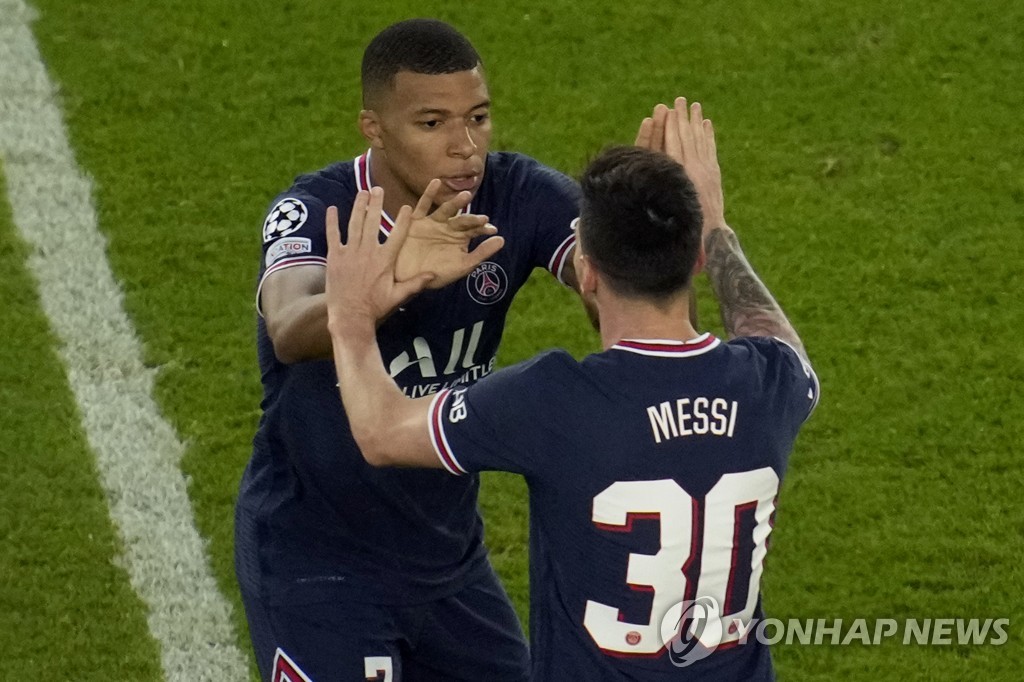 PSG were quickly taken 1-2, but Messi and Mbappe came to the rescue.

In the 22nd minute of the second half, Mbappe conceded a short pass to Messi running back from the right side of the penalty area, and Messi balanced it by scoring.

Mbappe took a penalty kick while breaking through the opponent’s penalty area, and Messi, the kicker, led the reversal with a left-footed Panenka kick.

With this, Messi scored three goals in the UCL without scoring in the regular season after wearing a PSG jersey in August.

After scoring his debut goal in the second match against Manchester City (England, Manchester City) on the 29th of last month, he scored his first multi-goal since the transfer on the same day, scoring in two consecutive matches.

PSG got another penalty kick in extra time in the second half, but Mbappe missed and secured the win by one goal. 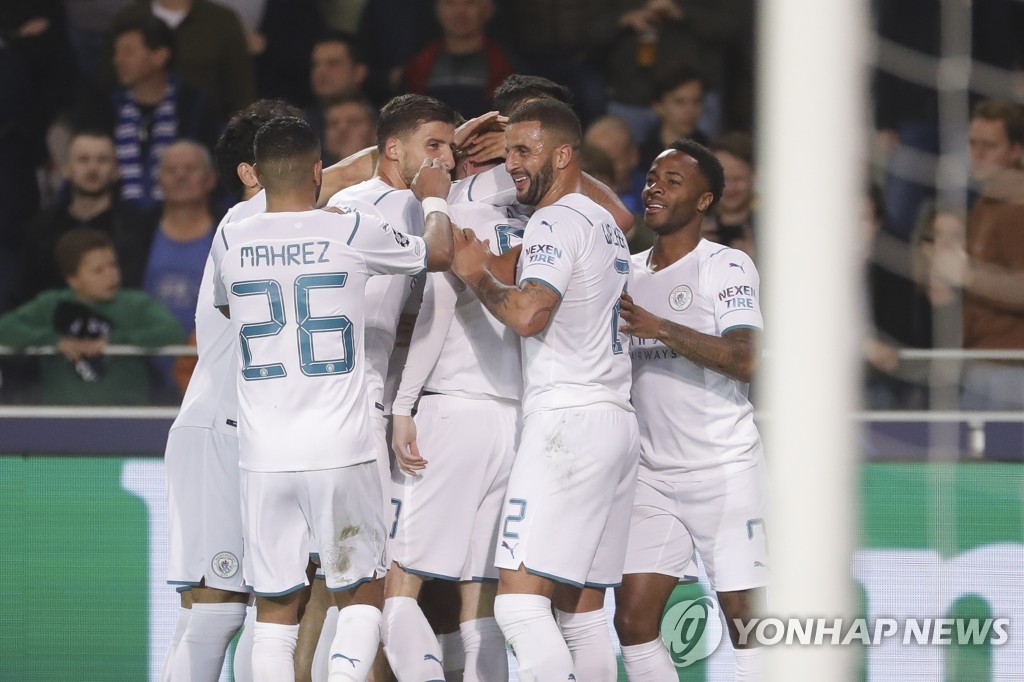 Manchester City in the same group beat Club Brugge (Belgium) 5-1 in an away match.

Manchester City took the lead in the 30th minute with Joao Cancelo’s opening goal, scoring a total of five goals and overwhelming their opponents.

Riyadh Mahrez scored multiple goals including a penalty in the 43rd minute of the first half, and Kyle Walker and Cole Palmer also opened the scoring.

Atlético, led 0-2, balanced 2-2 with multiple goals from Antoine Griezmann in the 20th and 34th minutes of the first half, but in the 7th minute of the second half, Griezmann threw a dangerous high-kick to Roberto Firmino and was sent off directly.

Griezmann became the first player in UCL history to be sent off after scoring two goals.

As the redemption variable occurred, the flow shifted back to Liverpool.

Liverpool won the match with a penalty kick from Mohammed Salah in the 33rd minute of the second half.

Salah completed the multi-goal following the opening goal in the 8th minute, and became the first team to score in nine consecutive games.
Liverpool, who have won three consecutive group stages, are in first place (9 points), while Atletico Madrid (4, 1 win, 1 draw and 1 loss) are in second place. 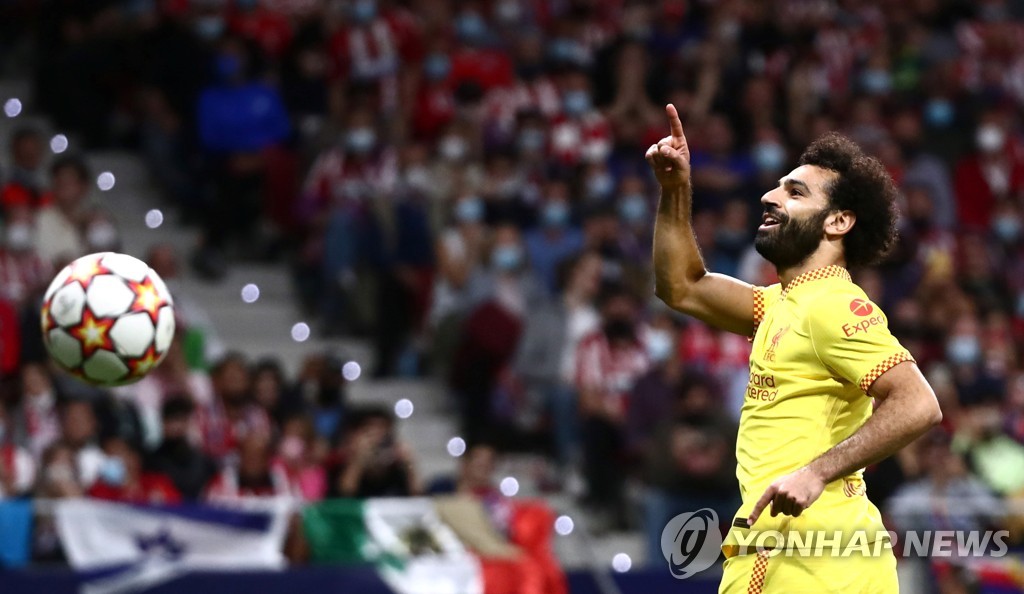 Dortmund experienced their first group defeat in the silence of Elling Halan.

No-hitter up to 7 times, even with 1 hit, Senga’s replacement Wake Taka, director Kudo “I wonder if I was aiming” | Full-Count

[스포츠]’Whether or not to use abusive language’ Kim...

Will Son Heung-min score a goal in...