Middle-aged people, if they don’t do this for more than 10 seconds, the risk of premature death ↑ 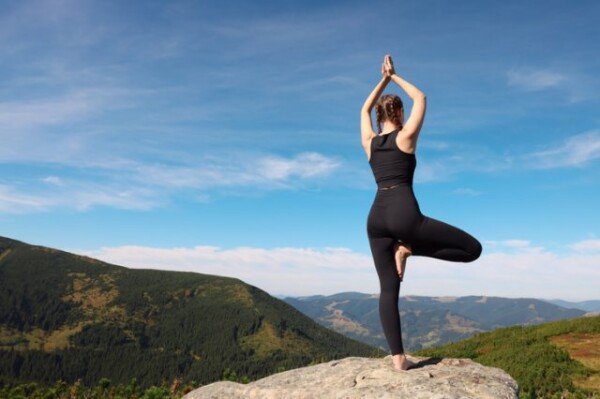 Middle-aged and older adults who cannot stand on one leg for more than 10 seconds are at a higher risk of premature death, a study found.

According to a research team at CLINIMEX, a kinesiology clinic in Rio de Janeiro, Brazil, people over the age of 50 who cannot stand for 10 seconds on one leg will be within the next 10 years, compared to those who can stand with balance. They were 84% more likely to die.

The research team conducted the ‘flamingo test’ on 1702 people between the ages of 51 and 75 and followed them from 2008 to 2020. The Flamingo test involves standing for a long time with one leg raised without any support.

The research team asked participants to place the front part of one foot behind the other leg, with the arm on the side, and their gaze facing forward. The research team collected data by checking their weight, waist circumference, and blood pressure.

The researchers observed the participants for an average of seven years. During this period, 123 people (7%) died, including cancer (32%), cardiovascular disease (30%), respiratory disease (9%), and complications of COVID-19 (7%). The mortality rates among those who could stand on one leg for more than 10 seconds and those who could not stand were 4.5% and 17.5%, respectively, a difference of more than 13%.

The researchers analyzed the results after taking into account age, gender and health status and found that those who could not stand on one leg for more than 10 seconds had an 84% increased risk of dying within 10 years from any cause.

Also, those who couldn’t stand on one leg for more than 10 seconds tended to have poor health. They had higher rates of obesity, heart disease, high blood pressure and unhealthy fat. Type 2 diabetes was three times more common.

However, he said that it was not possible to determine the exact cause because it was an observational study, and he said that it may not be applicable to everyone because all participants were Brazilians.

“The results of this study show that the 10-second balance test is a potential and practical tool for identifying middle-aged and older adults with high mortality rates,” the researchers said.

The results of the study were recently published in the British Journal of Sports Medicine.