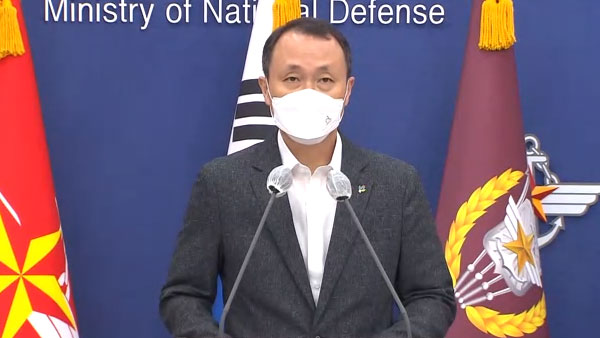 It has been confirmed that the Ministry of National Defense recently overturned the judgment of a public official who was attacked in the West Sea for the first time in two years, and changed its position without any additional evidence.

At today’s regular briefing, Deputy Spokesperson for the Ministry of National Defense Moon Hong-shik answered, “I don’t think I have anything to say” to a question about whether there was a new reason for changing his judgment recently.

In the process of overturning the previous position that it was presumed to have defected to North Korea two years ago, no new evidence or evidence was reviewed, and no additional information was provided to the Coast Guard.

Deputy Spokesperson Moon then avoided an immediate answer to a question about whether or not he received any guidance or policy from the presidential office in the process of announcing the changed position of the Ministry of National Defense to the media, saying, “I am not aware of the exact details.”

Earlier, on the 16th, the Ministry of National Defense distributed a text message to the media stating that “the public was confused by announcing that the murdered public official may have attempted to defect to North Korea” at the same time as the announcement of the final investigation result by the Coast Guard on the 16th.

The Ministry of National Defense explained in a notice that “As a result of analyzing the relevant contents once again in connection with the conclusion of the investigation by the Coast Guard, it is impossible to prove the voluntary defection of a missing public official.”