From the 1st of next month (tomorrow), the Modena and Janssen vaccines will come into Korea. It is noteworthy whether the incentive system for those vaccinated against Corona 19 will also be started and the vaccination rate can be further accelerated.

According to the Corona 19 Vaccination Response Team (Promotion Team) on the 31st, the initial volume of modena vaccines, 55,000 (27,500 people), will arrive at Incheon International Airport by Asiana Airlines OZ588 flight at 12:45 pm on the 1st of next month.

This vaccine is the first delivery of 40 million times (20 million people) that the Korean government signed a purchase contract with the US pharmaceutical company Modena. Upon arrival, the modena vaccine is transferred to the GC Green Cross Ochang Factory in Cheongju, Chungcheongbuk-do through customs clearance. GC Green Cross is in charge of distribution of modders and vaccines.

According to the promotion team, Modena vaccine is given to workers under the age of 30 who work in hospital-level or higher medical institutions such as upper-level general hospitals, general hospitals, and hospitals. The promotion team expects that it will be able to contribute to infection prevention and patient protection by completing vaccinations of unvaccinated workers in medical institutions.

Previously, health care professionals, such as doctors, nurses, and emergency medical technicians belonging to hospital-level medical institutions or higher, were classified as priority targets in February and March, and have been vaccinated with the AstraZeneca (AZ) vaccine. However, due to concerns about blood clots, AstraZeneca vaccination has been restricted to those under the age of 30. 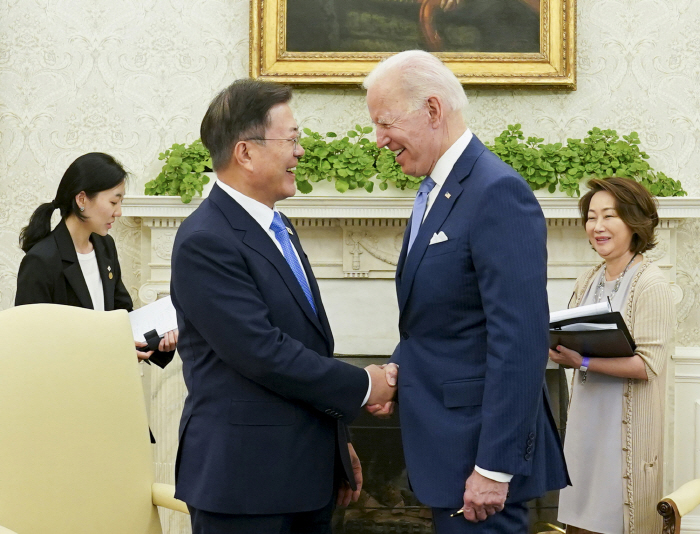 1,102,800 doses of Johnson & Johnson’s Janssen vaccine are also coming to Korea this week. The vaccine will be provided to the Korean military by the US government, and the KC-330, an air force multi-purpose aerial refueling vehicle, is scheduled to depart in the US on the 2nd of next month to transport the Janssen vaccine.

This vaccine is used for vaccination of reserve forces over the age of 30, civil defense personnel, and defense/diplomatic personnel. After receiving a reservation from the 1st to the 11th of the following month, the vaccination is administered on the 10th to 20th of the same month. Defense-related persons also include spouses and children over 30 years of age of active duty officers and military personnel. However, they must be living together, and 1 million people will be vaccinated first, and then the remaining subjects will be vaccinated from July to September.

Next month, there will be four vaccines coming into the country: AstraZeneca, Pfizer, Modena, and Janssen. Among them, the Janssen vaccine is a one-time vaccine. One million doses is twice the amount of 550,000 people originally decided to support by the US government in terms of the number of vaccinations alone.

Earlier, U.S. President Joe Biden announced that he would provide vaccines to 550,000 Korean soldiers at the ROK-US summit held at the White House on the 21st. Incentive system started… It seems to be speeding up the vaccination

In addition, face-to-face visits are possible if either the patient or the visitor at a nursing hospital or nursing facility has completed vaccination. In the meantime, visiting has been banned or only allowed to visit in a non-face-to-face manner.

However, in facilities where the primary vaccination rate of residents or workers is less than 75%, the visitor must take a corona 19 diagnostic test in advance to confirm whether it is negative.

If you have been vaccinated more than once, it will be easier to use welfare facilities for the elderly, such as welfare centers and senior citizens’ halls.

The promotion team believes that it will be able to achieve the target for inoculating 13 million people in the first half of this year if the people actively cooperate as the vaccine volume is sufficiently secured. The domestic vaccination system can inoculate up to 1 million people a day.

Vaccination opportunities for anyone aged 60 to 74...

April 27, 2021
We use cookies on our website to give you the most relevant experience by remembering your preferences and repeat visits. By clicking “Accept All”, you consent to the use of ALL the cookies. However, you may visit "Cookie Settings" to provide a controlled consent.
Cookie SettingsAccept All
Manage consent